Excitement over the next installment in Christopher Nolan’s Batman franchise has created such a wild thirst for information that the average fanboy with a camera phone has become more useful than the paparazzi. We reported back in December that The Dark Knight Rises would be filming at the Cardington airship sheds, and since then we’ve had readers who live in the area drive by and snap photos of the sheds over the past couple months with not much to show for it. But quite recently that has all changed. Just outside the shed has emerged a cross-section of a black jet plane. “Neo” on our forums posted several pictures of a prop jet being moved outside and around the hanger. These photos come after the BBC claimed parachutists have been jumping out of a black jet plane in the Highlands of Scotland in connection with the film. The BBC also confirmed reports that we brought last month about planned filming at Inverness Airport, stating that a former US military C130 Hercules transport aircraft has also been making flights to and from the airport.

Reports on Twitter have mentioned everything from helicopters to football stadiums being used for the film. An extras casting website has shed some light on the football stadium question by announcing that extras are needed for a football game between the ‘Gotham Rogues’ and the ‘Rapid City Monuments’ being filmed in Pittsburgh next month. Sounds like a lot of potential for awesome to me! If rumors about what goes down at the football game are true, awesome is a guarantee. As The Dark Knight Rises production makes its way over to America in the next few weeks, be sure to check out our Forums, Twitter, and Facebook for all of the lastest news. Until then, check out all of the awesome pics from Cardington below. 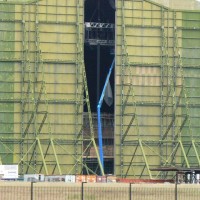 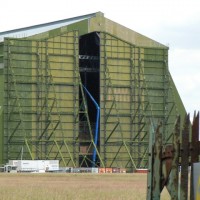 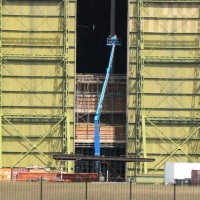 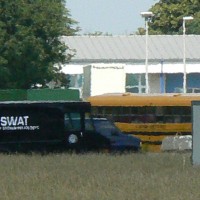 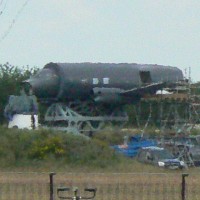 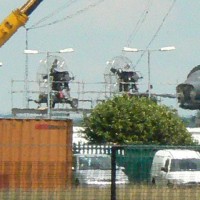 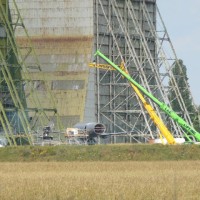 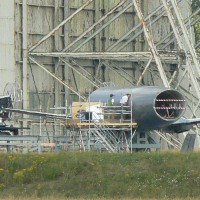