Turned out to be far better than expected. Was more about the human spirit than the escape attempts. Despite having a runtime of 150 minutes, Schaffner was able to constantly create engaging scenarios so as to never let go off the interest. McQueen delivered his best of what all I have seen him in. Hoffman was also pretty great(though seeing him now makes me uneasy).

Chaplin goes full on sentimental here. But describing it as just sentimental is a disservice to the movie. It is so evident how Chaplin uses his own life as the basis. His scenes still have high dramatic impacts despite being extremely simple in nature. Such a great movie about an artist who is in his twilight years but still not fully to accept that he is past his prime. And those scenes with Keaton would make any movie lover's heart leap with joy. I just could not stop grinning. And Chaplin saves the best of his comedic chops for the end. Just flat out amazing movie!

The climax of the movie raised the movie.

Less focus on Wahlberg, and a bit more tight script would've been better.

It's just a shame that it's kind of stupid and the "twist" feels like a betrayal to the viewer, not a fun spin on the premise. And De Niro is almost comical in his role.

i like it more as time passes, particularly the aesthetic. it gives me my Star Wars fix now in ways it didn't before. still, the narrative is pretty much incoherent and the character writing is piss poor.

a masterpiece even if there's some "wut" plotting. it's still crazy to me how Lucas thought this shit up.

The Empire Strikes Back

possibly the best blockbuster ever, still. the structure and added mythology is just perfect.

Return of the Jedi

i feel like I like this movie 1% less everytime i watch it. weird disconnected first act even if it has some neat thematic stuff. creatures feel more cartoony in their design and color than before, not just the ewoks. Luke-Vader-Emperor stuff is still first tier though.

Cilogy
Posts: 26161
Joined: February 2010
Location: Texas
Contact:
Contact Cilogy
Website
They stayed way too fucking long on Tatooine, that's my biggest issue. That whole act feels like an entire movie itself and such a detraction from everything else going on in the story. Especially when the film ends with such powerful imagery such as Luke v Emperor, Death Star 2 blowing up, and Vader's cremation. It has probably the most dissonance of any Star Wars film. Yeah the prequels had dumb shit, but at least they seemed tonally consistent along their runtime, even if the tone was boring.

I honestly watch it until Luke shows up and fights the Rancor, then I just skip ahead to the final battle.

Nomis wrote:Rogue One is just plain fanservice and bad.

DREAMER
Posts: 487
Joined: December 2017
Location: ¯\_(ツ)_/¯
The only things I admire and enjoy in ROTJ are the monster designs,battle of Endor and Ian McDiarmid's performance as Emperor whatshisname. 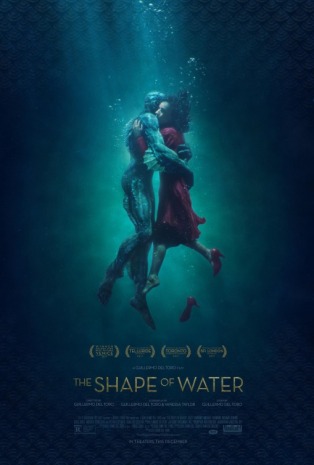 A beautifully touching film with the usual outstanding visual rich depth and loving admiration that we’ve come to expect from Guillermo Del Toro when he delves deep into these fascinatingly weird fairytale concepts. With the usual confident performances from Hawkins and Shannon that succeed in giving their characters as much needed perks as possible in what could have easily been rather black-and-white caricatures. And also special mention to Doug Jones who once again shows his talent in giving nuances and physicality presence to a role that could have easily come across as goofy in another persons hands.

Though with all the dedication ,beauty in the design and the effort put in from the actors the film does lose a sense of unpredictability. Like all fairytales the sense of the inevitability is very much there, with one moment in the final third making me physically face palm (as it was there to purely to get the film going) .

Still that is a minor criticism to what is comfortably Guillermo’s best effort since Pan’s Labyrinth.
And Guillermo ,for all his minor little faults, is still the most enthusiastic, dedicated and respectful Director in the fantasy genre. No one, presently, gives these fascinating creations the touch of individualism and humanity as much he does. His films may seem predictable at times but Guillermo himself still stands head and shoulders above his peers in this glorious,fantastical genre.