So I thought it was really cool to see "meanwhile in another universe" or it said multiverse I'm not sure lol anyway, it was cool to see it like is in the comics and I must say, this looks really cool on the big screen and dare I say it... In 3D. The snow added more depth than you usually see in 3D. And I really dig the animation style for this. I hope they nail the film, it looks more promising that the solo Spider-Man films, that's for sure.

m4st4
Posts: 54472
Joined: May 2010
Location: Arrakis
Looks like the best superhero movie of the year has arrived. I've been saying it for years but looks like Lord&Miller&Co just get it - superhero genre is not about the staleness of the samey formula, it's about embracing the wilderness and variety of what is truly out there, in comic book stores, nowadays.🕷

* several reviews have been posted, more to come as they update and many others can be found on youtube, all extremely positive and in the hyperbole zone: https://www.rottentomatoes.com/m/spider ... der_verse/

Is anyone surprised after incredible trailers? The only thing surprising is the amount of talk about it.
darthnazgul
Posts: 7450
Joined: February 2012
I had high hopes and I've been hearing nothing but good things.

In other news, Sony is still Sony.

In other news, Sony is still Sony.

I feel you. Just Spider-Gwen would be enough. With Matt Murdock as the main villain of course.🕷 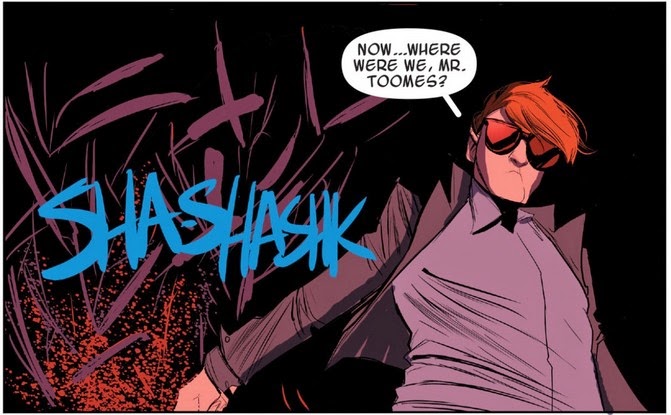 anepicmoviereviewer
Posts: 3024
Joined: December 2012
Saw a preview screening of this on Friday and dug it. Incredibly well animated and very fun.

BlairCo
Posts: 19749
Joined: June 2011
Location: The Ashes of Gotham
Contact:
Contact BlairCo
Website
I guess I'm in the minority on this one. I thought this was just a "meh" superhero movie. Outside of the novelty of multiple Spider-People in the same movie, it has the most generic plot imaginable and the most obvious message you can think of; I was never surprised by any of the narrative turns. Some of the animation style is cool, but then there were times when it was just annoying, and I get that it's trying to translate the comic-book style for the film, but there's a reason why the style of a comic-book works within it's own medium. There were a couple of good laughs, but not this gut-busting romp that everybody has been talking it up to be. Plus, it's such a loud fucking movie. I left the cinema feeling nothing, and that was a feeling I didn't want to end up having.