I just know Feige's fuming rn and that gets me off.
LuciusNightmare
Posts: 51
Joined: February 2021
Was Feige dogmatic about theatrical?

Interested to know if people think Black Widow could make $519 million, the same as much the first Ant-Man. This was the lowest grossing Marvel film since they got on a roll with The Avengers in 2012.

Black Widow is a proven character getting a long-awaited sequel. Before the pandemic it was in with a chance of making $800-Billion. I guess it seems fair with any pandemic film to cut the expected haul by 50%. But the premier access thing is such a known unknown.

The real test for whether the box office is still a thing comes this weekend with the first international roll out of Godzilla v Kong. This could be the end.....

LelekPL
Posts: 3195
Joined: January 2015
Location: Poland
Contact:
Contact LelekPL
Website
The trailers have been underwhelming, this is a prequel and a long overdue project so I doubt it would reach 600 million even without the pandemic.

The only thing it had going for it is that it's the first MCU movie in a loooong while. People might have been starving for it... but now they get their weekly fix of MCU content from WandaVision and Falcon and Winter Soldier.

anikom15
Posts: 1340
Joined: May 2012
No way this would’ve made a billion lol. It probably would have made about eight hundred.

Cinema is dead.
LuciusNightmare
Posts: 51
Joined: February 2021
Rachel Weisz is wearing a catsuit in a new character poster. This is not a drill. 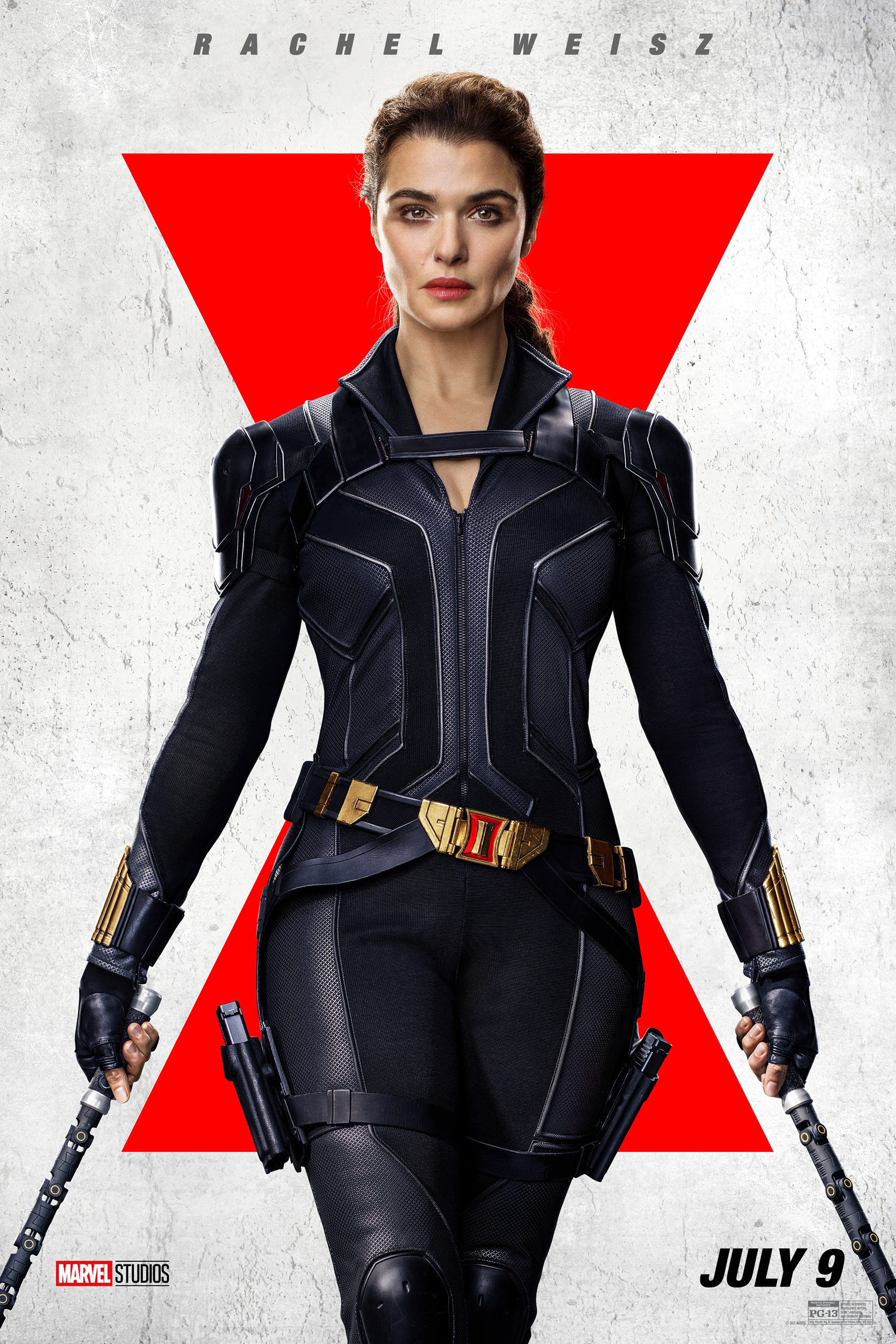 New Black Widow TV spot. I booked my tickets already. I wouldn't normally care for this, but hyped to return to an IMAX screen. Also, does anyone else think that this film is really aping the style of M:I - Fallout? I know they initially hired that film's DP, but something happened and he flew out. Nonetheless, visually it looks similar. It's certainly one of the more attractive Marvel films. I dig that grimy, overcast espionage aesthetic

Florence Pugh as Yelena is the star, bringing lots of charm, humor, and emotion.
– Nicole Ackman, Next Best Picture

Florence Pugh steals the show, as she always does, with a hilariously down-to-earth performance that might also make you cry?
– Anne Cohen, Refinery29

Florence Pugh steals the show… Get ready to welcome Yelena THEE Belova to the MCU.
– Trey Mangum, Shadow and Act

Black Widow is an excellent introduction to the character. Florence Pugh’s performance is pitch-perfect as Yelena.
– Ferdosa Abdi, Geeks of Color

Florence Pugh as Yelena Belova is an ABSOLUTE STANDOUT. Marvel fans will ADORE her… She’ll be an instant fan favorite.
– Meagan Damore, CBR

Florence is one of the bright spots, she’s hilarious and perfectly vulnerable.
– Hoai-Tran Bui, Slashfilm


yep
Batfan175
Posts: 4600
Joined: January 2012
This film should obviously be renamed Florence Pugh because she's seemingly the standout and is one of the few reasons I am even mildly interested in watching this film.