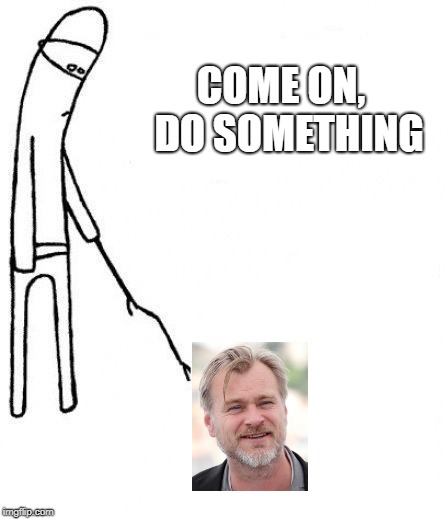 Oku
Posts: 3452
Joined: May 2012
An announcement just for the sake of an announcement would only make the wait for the film's actual release even more agonizing.

Imagine waking up one day and BAM: announcement of his next film, then BAM BAM: trailer drops the same day, and then BAM BAM BAM: film releases only a month later.

...which is unlikely, so I will settle for the more realistic scenario of the announcement being kept secret as long as possible, maybe until right before start of production.

Also, I just played Vampire: The Masquerade - Bloodlines, and I couldn't help but think that a vampire movie set in this universe would be awesome.

It takes place in L.A., it maintains some semblance of grounded realism, it's dark but not grim-dark, it has witty dialogue, and it makes vampires interesting, with compelling world-building and lore and what not.

It would fit Mr. Nolan's desire to only take on projects that would challenge him in new ways, right? Because he hasn't done a supernatural/horror film yet.

So my 'random idea with absolutely no chance of happening' vote: a vampire film from Mr. Nolan, with a female protagonist, set during Christmas-time with a bucket-load of green and red popping my eyes in IMAX.

Penguin022
Posts: 409
Joined: March 2017
Really hoping he goes back to Hughes someday, he sounded really passionate about it, and Carrey seemed like a good fit, and Nolan reviving his career would be amazing. I understand that since it is quite a few years later, the likelihood of Carrey doing it is slim, but I can dream.

Also wishing this film has somehow been filmed secretly, and he'll have a Cloverfield-style surprise trailer drop. Once again, the chances are obviously slim.

Angus
Posts: 522
Joined: July 2018
God, the hype around this will be crazy. Look at how things currently are without a title or date announced yet, haha.

I'm kind of wondering again if it's a huge IP.

Something like Howard Hughes wouldn't really break the internet with its announcement. I feel like all this hype and speculation would end with, "Oh, alright, he's doing that, then. Okay." We would be EXPECTING the Howard Hughes film, like we are currently. And there aren't many surprises or twists surround a project like that.

The wait for any news has to be because it's a huge event film, not an Oscar-baity biopic. I don't know. This is getting to be kind of frustrating, lol.

Something that isn't a huge action/sci-fi blockbuster would kind of be a letdown, wouldn't it?

I really wonder if WB/DC has desperately roped him into a superhero movie, with a payday big enough for him to retire. (Not that he would.) I'm super curious about what's happening with The Flash or Green Lantern. One plays with time, one place with space. There are elements of Inception and Interstellar in both of those characters, and he's tackled the genre with Batman. He doesn't seem unfit for either, I'll put it that way.

Green Lantern is a franchise just like Batman was that desperately needs saved 8 years later. Green Lantern came out in 2011. This is an absurd idea, mind you, and I wouldn't be offended if you laugh... but really, who knows? I'm ready for anything.

William Blake
Posts: 178
Joined: July 2018
My honest to goodness dream announcement is WB/Syncopy/Legendary films teaming with Nintendo to adapt The Legend of Zelda. A full fledged adaption by Nolan and his team would be shocking. It would explain all this secrecy no? Imagine making Hyrule come to life without excessive green screen or cgi. Who else could get the kind of budget necessary? Who else? Who else in Hollywood could Nintendo trust to take the greatest care possible with their baby?

It would be a major challenge with lots of skepticism about his ability to pull it off. He’d have something to prove. He’s never done an out and out fantasy film or family film. Having four kids I’m sure they play video games, probably Nintendo Switch too, you don’t think he’s watched them play and thought, “hmm, I could do something with this.” Inception was going to be adapted into a game once no? He’s obviously not adverse to the medium. There’s never been a truly great video game based film before. The risk/reward factor is huge. Fionn Whitehead is the spitting image of Link too. Think of all the timeline shifting he could do. The first person ‘you are there’ action scenes. I don’t know about you all but it sends my mind racing... 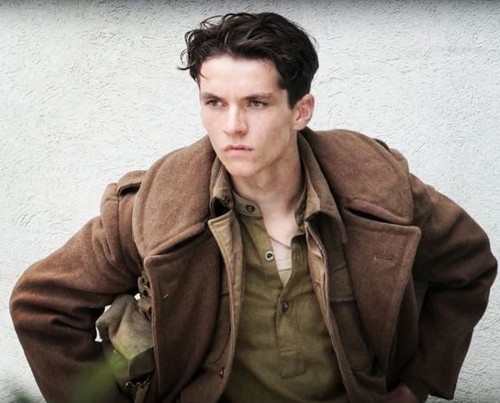