Ruth
Posts: 8384
Joined: August 2012
As a kino fan I’ll make a confession - I’ve never seen Gone with the Wind. But in general, I do have somewhat conflicting thoughts on removals of controversial art. Obviously it’s not completely erased and banned, and it’s absolutely valid that certain art can (and does) invite people to glorify and romanticize things that should never ever be romanticized. But at the same time, it all threads too close to revisionism and erasure. We can’t allow ourselves to even place ourselves in a position where forgetting history could happen. Very troubling art did happen, and people need to use it as a means of educating themselves on why it’s absolutely wrong. But then again, who do we trust as capable of educating instead of romanticizing?

edit: apparently it will come back to hbo max with a disclaimer like those before old cartoons. imo this is absolutely a good way to go about it 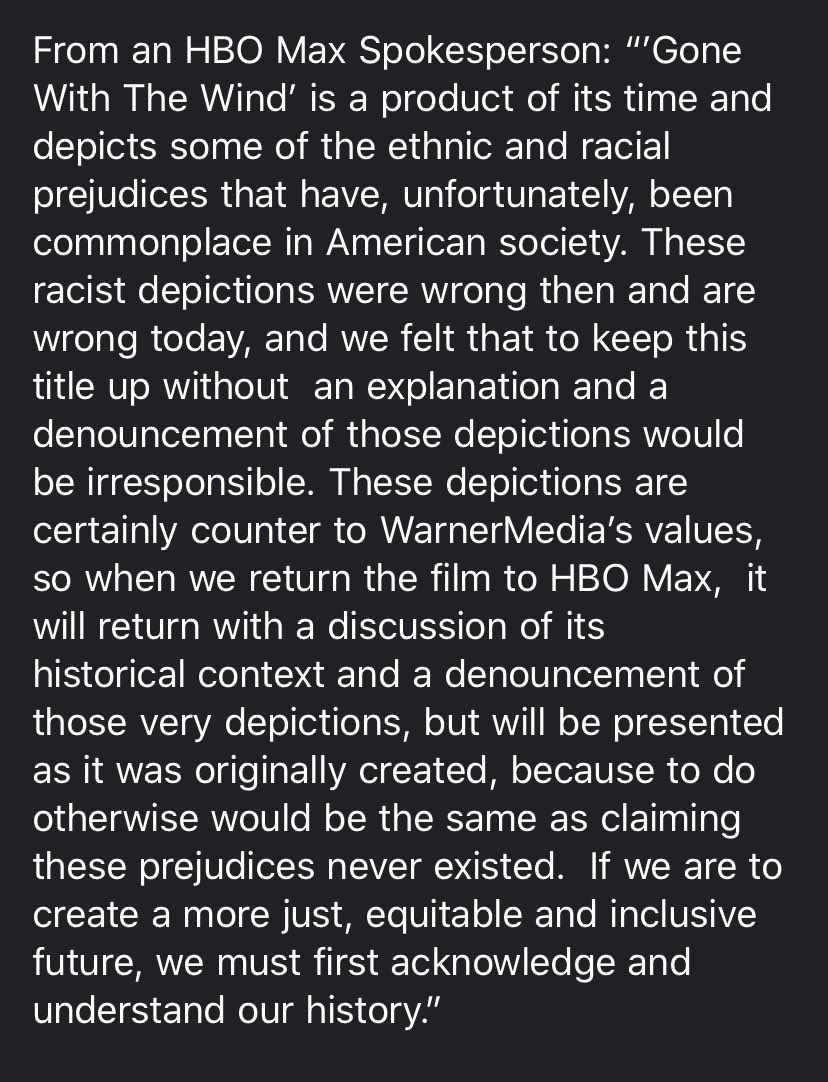 edit 2: apparently the full statement is already in the article virgo posted but my dumb phone didn’t load the full page lmao

You aren't the only one. I haven't either. I remember my father watching it when I was a kid and remember it being a long movie but never watched it all the way through. I always wondered as a black man why he liked it so much. He did grow up in the South but still.

Artemis
Posts: 9212
Joined: August 2009
why is rita hayworth so sexy? like damn bitch chill give some to the rest of us bitches

One of Kubrick's most memorable film IMO.

That's brave and interesting to hear. Care to elaborate?
radewart
Posts: 1195
Joined: January 2013
It's underrated in Kubrick's filmography. I personally like it better than Dr. Strangelove, Full Metal Jacket, and Clockwork Orange. Not as much as The Shining and 2001.
m4st4
Posts: 55632
Joined: May 2010

radewart wrote: ↑
June 15th, 2020, 12:37 am
It's underrated in Kubrick's filmography. I personally like it better than Dr. Strangelove, Full Metal Jacket, and Clockwork Orange. Not as much as The Shining and 2001.