The Oscar Nominated writer and director to whom this site is dedicated.
Post Reply
127 posts

Inception at 63. Not Dunkirk WTF?

WARNING: aggregate lists give uninsightful data from which you can only draw boring conclusions


Leading directors including Martin Scorsese, Christopher Nolan, Ryan Coogler, Patty Jenkins and Rian Johnson have teamed up with the UHD Alliance — a coalition whose members include Hollywood studios and consumer electronics manufacturers — to introduce a new UHD TV setting aimed at preserving the filmmakers' creative intent on consumer displays.

There’s been growing concern in the production community that with the many settings available on consumer TVs, the filmmaker’s creative decisions that are made during production and post are not always what is displayed. This new "Filmmaker Mode" for supported TV models is aimed at giving viewers a consistent, cinematic representation of images as the filmmakers intended, in terms of color, contrast, aspect ratio and frame rates.

As part of the specification development process, the UHDA sought input from more than 400 filmmakers, including 140 directors and cinematographers. the Alliance also reached out to the Directors Guild, American Society of Cinematographers, American Cinema Editors, DGA and Martin Scorsese’s The Film Foundation.

Rian Johnson, director of Star Wars: The Last Jedi and upcoming Knives Out, was on hand for the announcement and explained the Mode with an analogy for sci-fi fans. “Your Skynet is motion smoothing. … Luckily our John Connor has arrived.”

Johnson noted that home theater technology is currently in a "Golden Age," but warned that “many TVs ship with motion smoothing (and other post-processing settings) as a default."

He noted that Filmmaker Mode offers “a single button that lines up the settings so it works for the benefit of the movie and not against it.” He got a laugh as he added, “If you love movies, Filmmaker Mode will make your movies not look like poo poo.”

LG Electronics, Panasonic and Vizio announced a commitment to implement Filmmaker Mode in future TVs, though they didn't say when it would be available.

On the origin of the initiative, UHDA chair Michael Zink, vp technology at Warner Bros., said, "Paul Thomas Anderson, Ryan Coogler, Patty Jenkins, Martin Scorsese, and Christopher Nolan reached out to the UHDA about extending the cinematic experience into the living room, we were eager and ideally situated to engage in the conversation."

A “Netflix Mode,” similarly developed to maintain creative intent on Netflix series, was introduced in 2018 on select TV models such as several from Sony and Panasonic. Netflix however is not a member of the UHDA and was not involved intoday’s announcement.

Numerous directors released statements as part of today’s Filmmaker Mode announcement. Among them, Martin Scorsese said, “I started the Film Foundation in 1990 with the goal to preserve film and protect the filmmaker’s original vision so that the audience can experience these films as they were intended to be seen. Most people today are watching these classic films at home rather than in movie theaters, making Filmmaker Mode of particular importance when presenting these films which have specifications unique to being shot on film.”

Said Ryan Coogler, “I care deeply about how cinema is experienced at home because that's where it lives the longest. That's where cinema is watched and re-watched and experienced by families. By allowing the artists in the tent to help consult and give feedback to the electronics companies on Filmmaker Mode, we can collectively help make the consumer’s experience even more like it is in the cinema.” 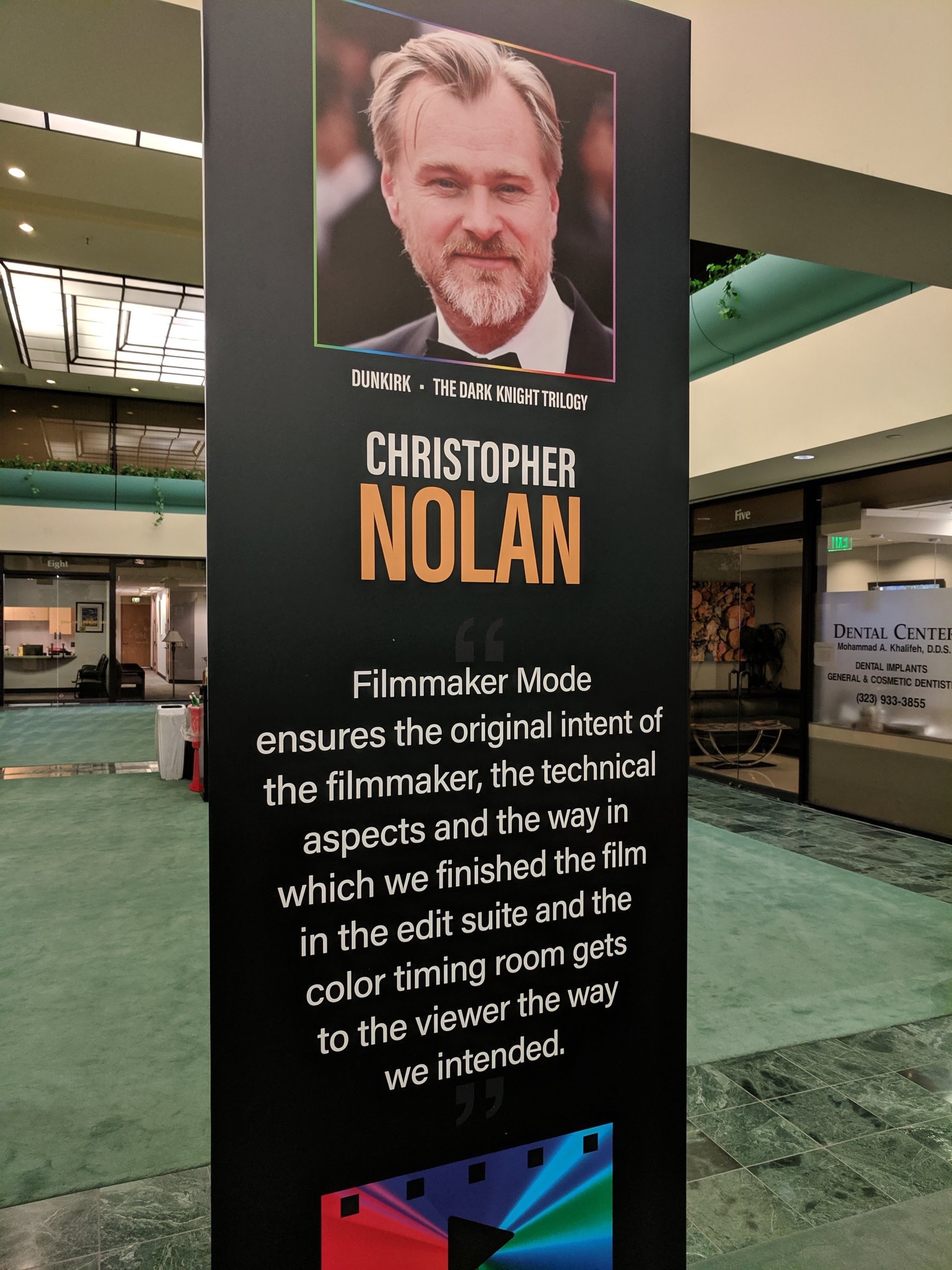 Christian Bale has revealed that Warner Bros approached Christopher Nolan regarding developing a sequel to ‘THE DARK KNIGHT RISES’ but he passed on the offer.

Christian Bale has revealed that Warner Bros approached Christopher Nolan regarding developing a sequel to ‘THE DARK KNIGHT RISES’ but he passed on the offer.

Ace
Posts: 1337
Joined: November 2012
Location: UK
Christopher Nolan: Movie theaters are a vital part of American social life. They will need our help.
radewart
Posts: 900
Joined: January 2013
As an employee of the movie theater industry (who is about to be furloughed) thank you for that Mr. Nolan!!

Also, thank you for all the great movies over the years that have regularly brought large numbers of people out to the cinema. Hopefully, we will see many more on the big screen in the years to come.
Post Reply
127 posts