Rank the films of Quentin Tarantino

ArmandFancypants
Posts: 9844
Joined: October 2011
Location: Foot of Mt. Belzoni
Didn't think much of Jackie Brown at first pass but now I think it's arguably better than Pulp Fiction. Might even be as good as Basterds.

Quell
Posts: 249
Joined: December 2017
I've been working through QT's arsenal again as of recent, and am now convinced he's getting better with age. I also notice a pattern of 'trilogies', in that Reservoir Dogs through Jackie Brown are so similar in execution, as are Kill Bill and Death Proof, Inglorious through Hateful Eight. I guess the next two may stand apart from a traditional methodical approach for QT. 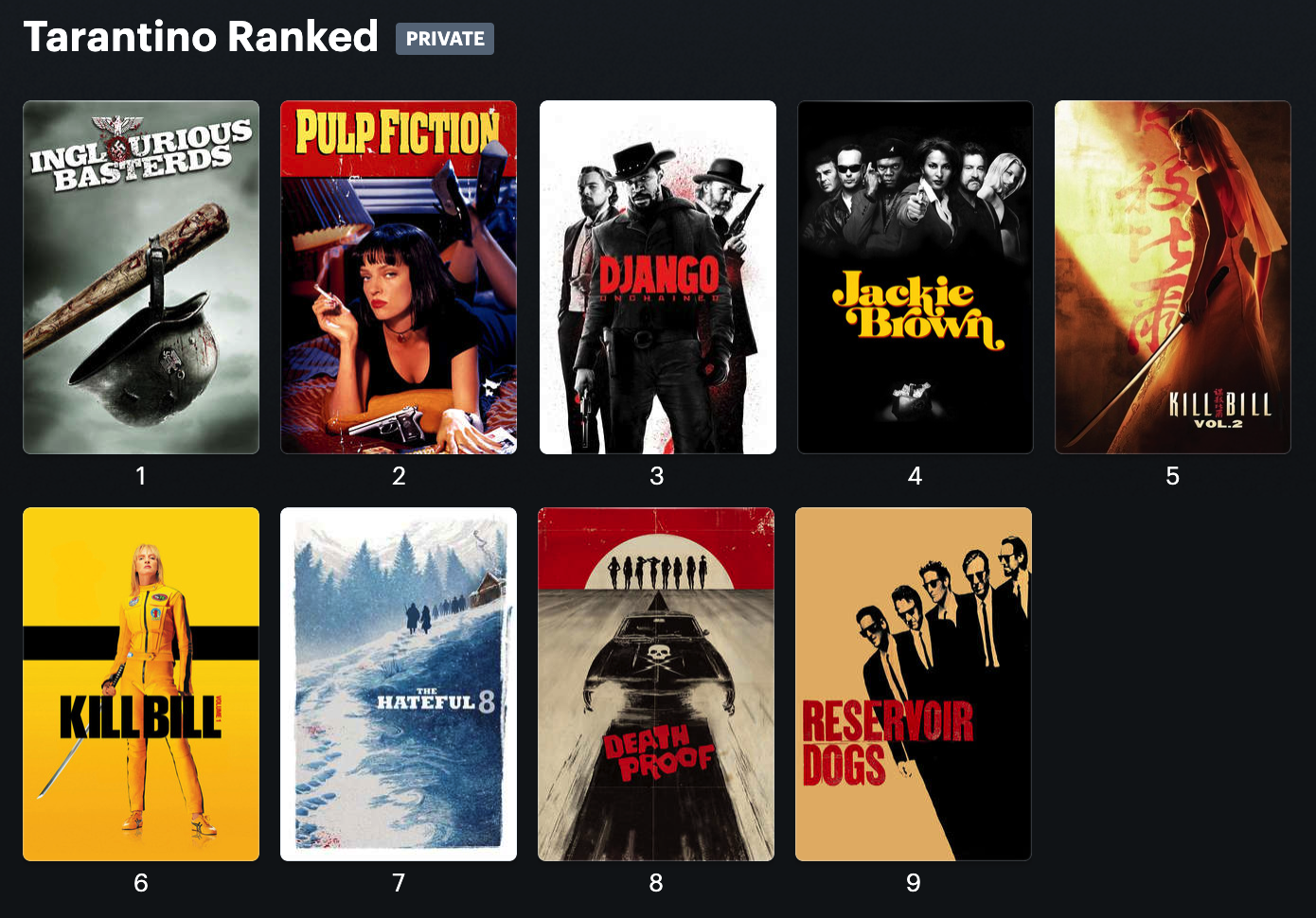 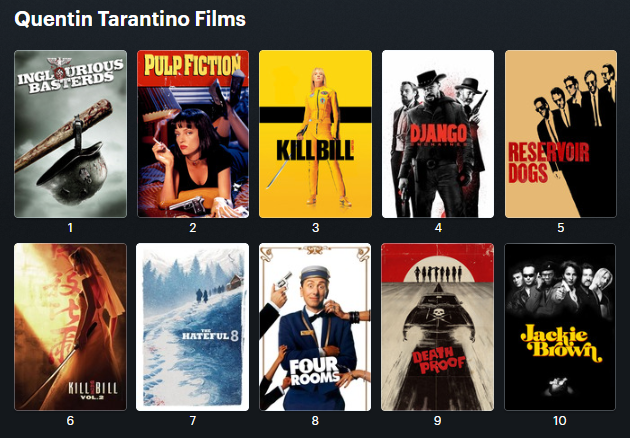 All of them are good though

Allstar
Posts: 42709
Joined: May 2010
I feel like doing a new rank right after seeing Hollywood is pointless. Ask me in 6 months.

What I do feel comfortable saying is the final scene is absolutely perfect.
Post Reply
341 posts