Boots Riley is one of my favourite artists just because he is quite explicitly a hard leftist and he made his music about that. I found out last year out of nowhere that the man is releasing a film and I thought that sounds really odd but so fucking cool. The first Coup song I ever heard was Fat Cats and Bigga Fish and what I liked about that song is that its a very down-to-earth story of a man essentially just waking up in the morning and hustling but the way the story escalates ends up being explicitly Marxist. I enjoyed how it represented Riley’s politics. Knowing that, I was really looking forward to how Riley was going to infused himself in this film.

Boots Riley’s directorial debut is wonderfully angry and anti-capitalism self-examination into modern economy. The biggest strength for this film is the fact that it even exist at all. So many thematic ideas meshed together; its partly a bizarre dark comedy, a racial social economic satire, political activism, virtual fame and a spiteful mean-spirited means of expression for the directors contempt of the world around him. Nothing about this film feels conventional or commercial and that makes me feel happy that it even had a wide release. Lol, how the fuck did Riley get 6 production companies involved?

Riley is saying a lot of a necessary stuff but he is balancing it with some pretty unique visual gags. More importantly, Riley can stick the landing and be able to stay ahead of us in terms of impact, like, my jaw definitely dropped on the floor by the finale.

I want every Boots Riley film to be dripping with ounces of ambition from every single frame like this one. What a trip of a film. 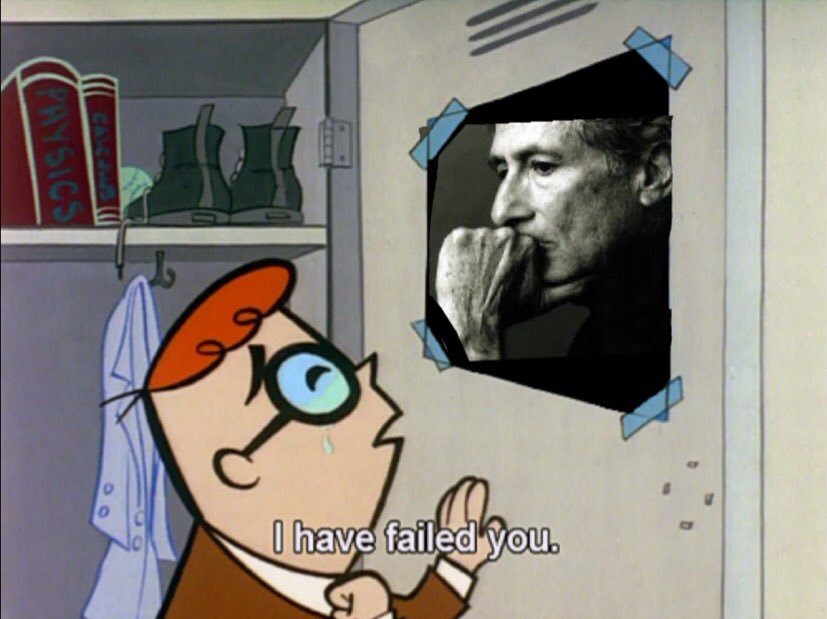 The makers changed superficial plot points but at its core it kept what made the 1992 Aladdin film problematic. Aladdin still remains the masterclass in Orientalism.

That’s whats so frustrating — this was the perfectly opportunity to right the wrongs of the 1992 Disney animation of Aladdin. To explore a complex ethnic, cultural, and racial dynamic existing within a majority Arab population but instead we get an Orientalist fusion of what Middle Eastern and South Asian cultures are perceived as.

Contrast to Pixar’s Coco which depicted Mexican heritage in a way that gave the Latino community a moment of cultural celebration and pride. They were able to achieve that by heavily involving people of the community in the creative process. Disney hired a creative team for Aladdin that was entirely composed of white people, led by Guy Ritchie.

Edward Said and Jack Shaheen are rolling in their graves — they both can’t and can believe that Disney forgot everything they said.
Last edited by cooldude on July 17th, 2019, 6:54 am, edited 1 time in total.

Geoffrey
Posts: 510
Joined: July 2017
Would you further expound upon how they portrayed the Middle East or Arabic world in a stereotypical, inaccurate manner? I haven't seen the original Aladdin in over a decade or this most recent rendition of it. What are some of the things that are problematic?
Last edited by Geoffrey on July 17th, 2019, 3:05 am, edited 1 time in total.
spade
Posts: 552
Joined: July 2010
The Three Musketeers (1973) and The Four Musketeers (1974)

I think it was Armand who spoke about these films years ago on NF, that brought these movies to my attention. What a joyous cinema the first one is. The plot is intriguing, the characters are fun and the balance of tone is impeccable. Casting Heston as Cardinal was a bit of an inspired choice I must say. It comes pretty close to Curtiz swashbucklers in terms of entertainment value. The second one begins with an uncompelling storyline but later transforms into something else and somehow almost surpasses the first one by climax, mainly due to Dunaway's turn as Milady.

Geoffrey wrote: ↑
July 16th, 2019, 8:32 pm
Would you further expound upon how they portrayed the Middle East or Arabic world in a stereotypical, inaccurate manner? I haven't seen the original Aladdin in over a decade or this most recent rendition of it. What are some of the things that are problematic?

Barely any major spoilers but regardless I put it under spoiler tags for anyone interested in seeing the recent Aladdin.

Hmmm, well I am not coming from a place of cultural purity but rather from a place of context. Jack Shaheen analyzed 1000 films that had Arab and Muslim characters in them from 1896 to 2000. He said only 12 were positive depiction, 52 were “even handed” and 937 were negative. 1992 Aladdin was included in the negative batch. Edward Said talked about Orientalism as the West condescending representation of the East — as in the West portrays Middle East and Asian societies as irrational, interchangeable, exaggerated and exotic. He called the 1992 Aladdin as one of the best example of Orientalism.

They both critiqued Aladdin for portraying the two heroes for having Anglicized features speaking with an American accent compared to everyone else who has a foreign/Arabic accent.

Not much changed with the remake — the two heroes still have American accent and mostly White beauty standards while everyone else has a foreign sounding accent. Disney is using Middle Eastern accents (like Jafar’s) and Middle Eastern beauty standards (like curly hair and facial hair) to point towards evilness in the film, while the White qualities represent goodness. Forget the fact they rewrote Jafar’s character to have dubious parallels to ISIS-like motivations.

They both criticized Aladdin for erasing the distinctions between Middle Eastern and Asian cultures, assuming all Eastern cultures are the same and interchangeable.

Jasmine’s character is dressed in more traditionally Indian styles and has a Bollywood-influenced dance scene in the new Aladdin. There were moments where they just throw in Arab dances like Dabkah and Liwa into the mix. Gemma Jackson, the set designer said, “…I think I was freer just to pull things from where I wanted them, I didn’t just have to be Moroccan, I could go anywhere I liked in my imagination” Jackson reinforces the aesthetic of Agrabah is influenced by every land “orient” and specific to none, maintaining the illusion of a fantastical East existing within the White fantasy. A more thoughtful filmmaker would know to draw inspiration from many cultures and would be able to articulate a level of nuance and a respectfulness between them — and also wouldn’t put brown face on White extras in a crowd scene.

They both said this picture would impact an audience’s understanding of the Arab world and have a real-world impact with the negative portrayals of Agrabah. Disney was heavily criticized for the 1992 film because the opening musical number talks about how terrible it is to live there and called the place “Its barbaric but hey its home”. Now in the new one they changed that to “Its chaotic but hey its home”. This lyrics adjustment is a slight improvement but I am just not satisfied with slight improvement, especially when mystical images help enforce policy.

Disney is a massive corporation with the capacbility to influence the way we perceive the world around us by subconsciously communicating messages to us through entertainment. If there weren’t more than 1000 other films in Hollywood that dehumanized Arabs and Muslims I would not have as much of a problem with this film. Its not about the bad they’ve done but its about the good they could’ve done but choose not to. Especially with Disney’s audience mostly being children and they end up growing up with these ideas of Orientalism and later on pass it to the next generation.

Anyway, Jack Shaheen's Reel Bad Arabs: How Hollywood Vilifies a People is a good watch on the matter.

That was pretty good.

This was only one hour long and this film managed to fit in a great plot, character development, a total downfall into drugs, and even some social commentary regarding the time.

Great acting across the board and overall such a delight.

Bit more slowly paced compared to Three on a Match but the musical numbers, set pieces, and character interactions make up for it.

This Pre Code Hollywood series is basically the best thing about my summer so far.

Nomis
Posts: 18429
Joined: June 2012
Location: a twilight world
Toy Story 4: Honestly, the first two TS films scared the living daylights out of me as a kid. I did like the third film but I've only seen it once or twice. This one however, feels like a real proper ending overall and it was just so much fun. Wonderfully animated, too.

State of Play: This was fun. I haven't seen the original mini-series this was based on but I can see why there was a bit too much plot to be resolved in the third act. Anyway, I liked the story and it's quite the cast. Only one whom I couldn't take seriously was Bateman lol
It's also fun to see how some of the cast members went on to have great runs as leads in their own TV series or become multiple awards winners like Davis.
I must say that two of those costumes McAdams had to wear were hideous.

Hotel Mumbai: This was really intense. Those islamic terrorist attacks were pure horror. I thought this film really managed to make you feel the hopelessness of the people who had to endure it. Recommended.

Breathe: This was much less of a heavyweight than I thought it would be. Of course it's still gripping material but it's quite impressive what they've done for the disabled people. Garfield but especially Foy were great. Overall good work from Serkis and Richardson's cinematography was stunning.

This film seems like one people either hate or adore. I'm in the latter. Not sure how others on this site feel about it, and I'm interested in finding out. You won't change my opinion though.

I think it was Armand who spoke about these films years ago on NF, that brought these movies to my attention. What a joyous cinema the first one is. The plot is intriguing, the characters are fun and the balance of tone is impeccable. Casting Heston as Cardinal was a bit of an inspired choice I must say. It comes pretty close to Curtiz swashbucklers in terms of entertainment value. The second one begins with an uncompelling storyline but later transforms into something else and somehow almost surpasses the first one by climax, mainly due to Dunaway's turn as Milady.

Glad you liked 'em! Four is of course less fun but the climax is amazing and bittersweet.

Never ever ever seek out Return of the Musketeers, however.
spade
Posts: 552
Joined: July 2010
Well the plan is to seek out more Lester films from his pre Superman 2 days, like Petulia and Forum.
Post Reply
3991 posts