LEXX wrote: ↑
June 5th, 2019, 2:23 pm
Totally hype for this but scared at the same time. This is the only movie I haven't gotten a clue how the characters' outfits/costumes, ships/vehicles, buildings and ect that they are going for. Lots of concept arts out there seems to gear towards sci-fi/fantasy look. I mean the Star Wars prequel concepts looks amazing but retarded Lucas made all the wrong decisions.


Go buy the concept artbooks if you don't know what the hell I'm talking about.

The American-English-Canadian film ‘Dune,’ currently shooting in Budapest, may receive 7,5 billion forints (EUR 23,2 million) in indirect Hungarian support, via favorable tax refunds, the highest that a foreign production has ever received in the country so far. Dune’s budget is 25 billion forints (EUR 77 million) – which is also the highest amount, tied with ‘Blade Runner 2049.’ Since 2004, Hollywood productions have been attracted to Hungary due to enticing tax refunds for filming movies.

You received rave reviews for your performance as Sapper Morton in Blade Runner 2049. Denis Villeneuve clearly agrees since he invited you back for Dune. I know you’re joining the production at the end of June, but what’s your impression of the Beast, as well as Denis’ take on the film, so far?

It’s brilliant. For me to sit and read Dune, it’s hard. The way I read, it’s hard for me to stay focused for that long, but his take on Dune is very true to the books. If you know his style of filmmaking, it’s perfect. He was tailor-made to do this. I hope he won’t mind that I’m saying this, but when I talked to him about Dune, he said that he really wanted to pay honor to the books. He was such a fan of the books growing up. So people who are fans of the book are just going to love this film. They’re actually going to see all these characters brought to life. He’s absolutely, without a doubt, the best person to do it.

As you develop the Beast, will you reference the book the most?

That’s a conversation I’ll have with Denis. I’m not married to any idea of who the Beast is yet. The reason I haven’t done this is because when I auditioned for Sapper, I did it one way; I thought it was great, because Denis loved it. He said, “You got the job; I love this.” When I got to set and started performing Sapper the way I auditioned for it, he said, “No, no, this is who Sapper is,” and he gave me a completely different outlook on who Sapper was. So, I don’t want to wrap my head around my idea of who the Beast is before I get there. I just know Denis is going to tell me that he is someone else. (Laughs.) So, I will follow his direction.

It's going to be incredible. 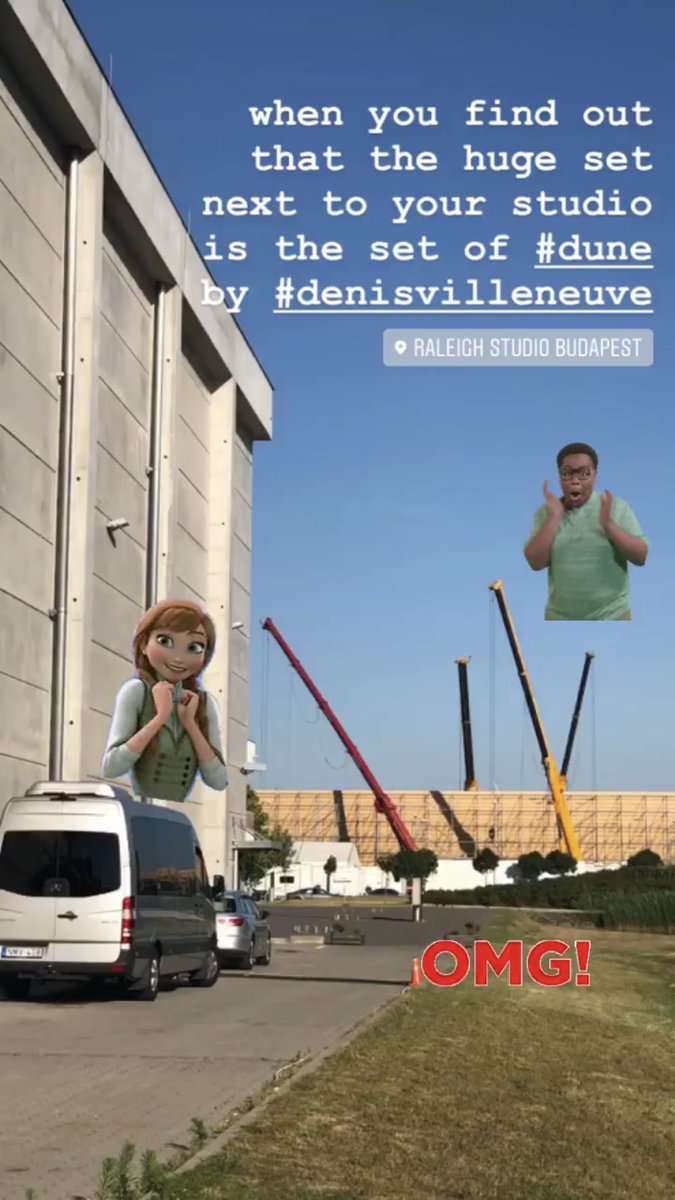 And Bautista has just began filming 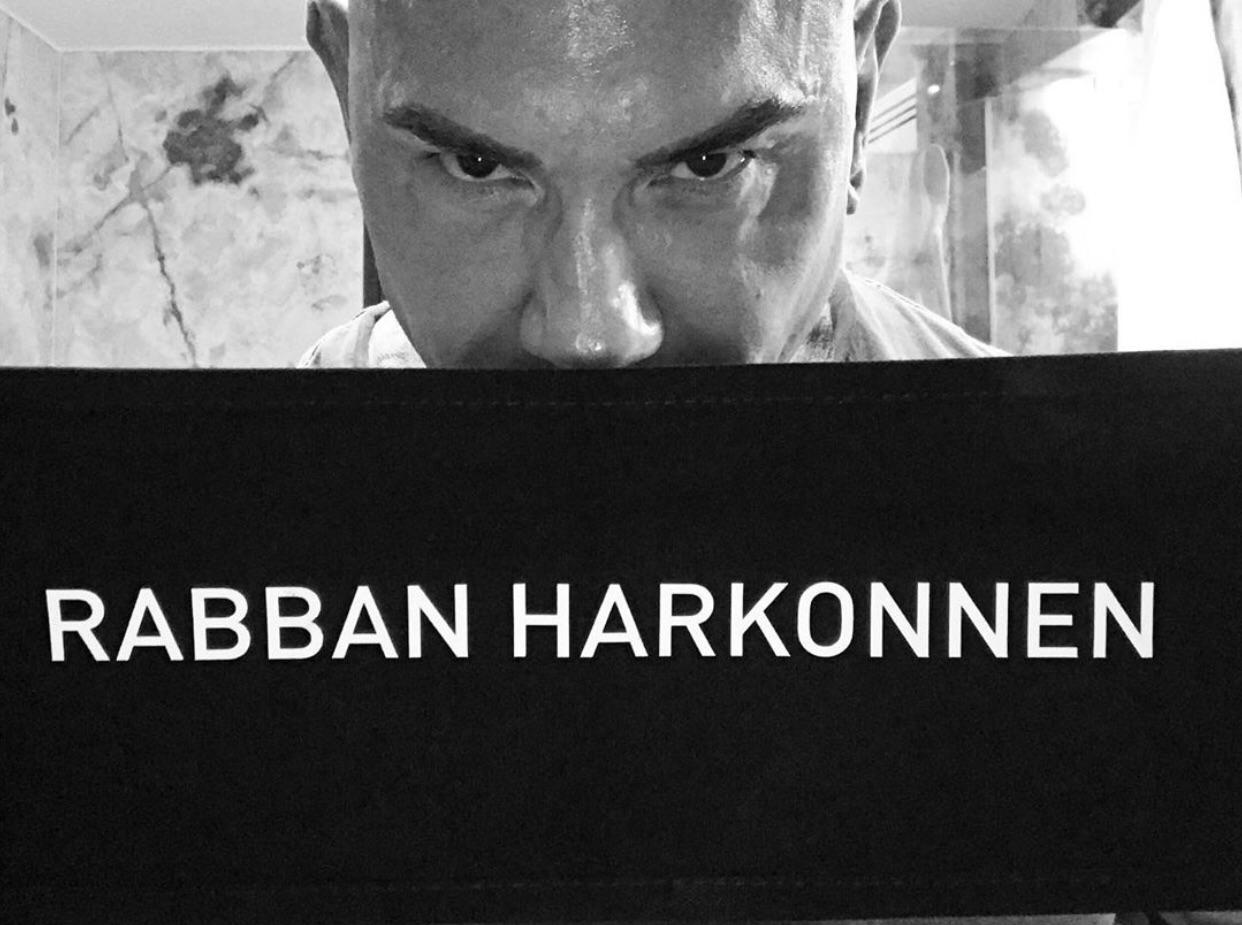 Pretty hyped for the Beast tbh. I never really put much thought to him in the books given his relative small role in it but now that they've planned a two-parter I can imagine them increasing his role a bit. 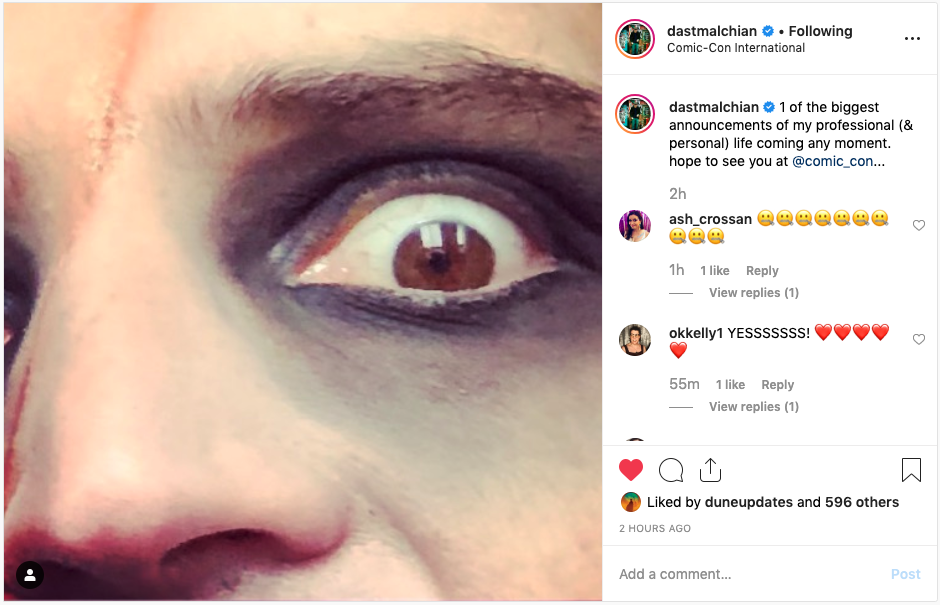 Dune coming to Comic-Con after all?

m4st4
Posts: 55151
Joined: May 2010
Location: Jackson County
There are many great things I'm looking forward to in my life.

But this is the one.

Allstar
Posts: 42622
Joined: May 2010
If you had to choose one 2020 movie to watch in cinema and one to watch only on blu ray. Tenet vs Dune...which would you choose and why? Saw this on twitter lol.

Nistopher Colon
Posts: 367
Joined: June 2017
I'd rather kill myself than make such a choice
Post Reply
970 posts