BlairCo
Posts: 19849
Joined: June 2011
Location: The Ashes of Gotham
Contact:
Contact BlairCo
Website
Only individuals can be fatigued. Some of you on here might be fatigued with superhero movies, but collectively as a movie-going group, there is no superhero fatigue.

Nomis
Posts: 19022
Joined: June 2012
Location: stuck in 2020
I guess not, because they're still making crazy amounts of money. I just wonder what the reasons for the fatigue are about, which is an interesting discussion. Certainly in parallel with them still being so financially successful.

Master Virgo
Posts: 13103
Joined: February 2011
Nolan fans before and after pretty much every single Marvel film:

LelekPL
Posts: 3088
Joined: January 2015
Location: Poland
Contact:
Contact LelekPL
Website
I'll say this. The fatigue is mostly connected to the overexposure in the fan and media community. Having 50 different theories about how Tony Stark will get back to Earth is unnecessary and I really don't care about it.

Now Where Was I ?
Posts: 5217
Joined: January 2012
I'm really not sure about that 3h runtime... I don't doubt there is enough story, but I was exhausted after Infinity War.

DHOPW42
Posts: 3030
Joined: January 2009
This whole Avengers Infinity Saga on film is an amazingly huge accomplishment - the fact that they started this 10 years ago, planned it probably even before that, and they went through with it. This is a real accomplishment, something that has probably never been done before. MCU didn't come up with the shared universe idea, I guess (just to quote James Rolfe, Universal Monsters probably did that a few decades ago), but to make a whole line of films interconnected, working towards an ultimate movie that ends a 10-year movie storyline... yeah, this is pretty much the first of its kind. 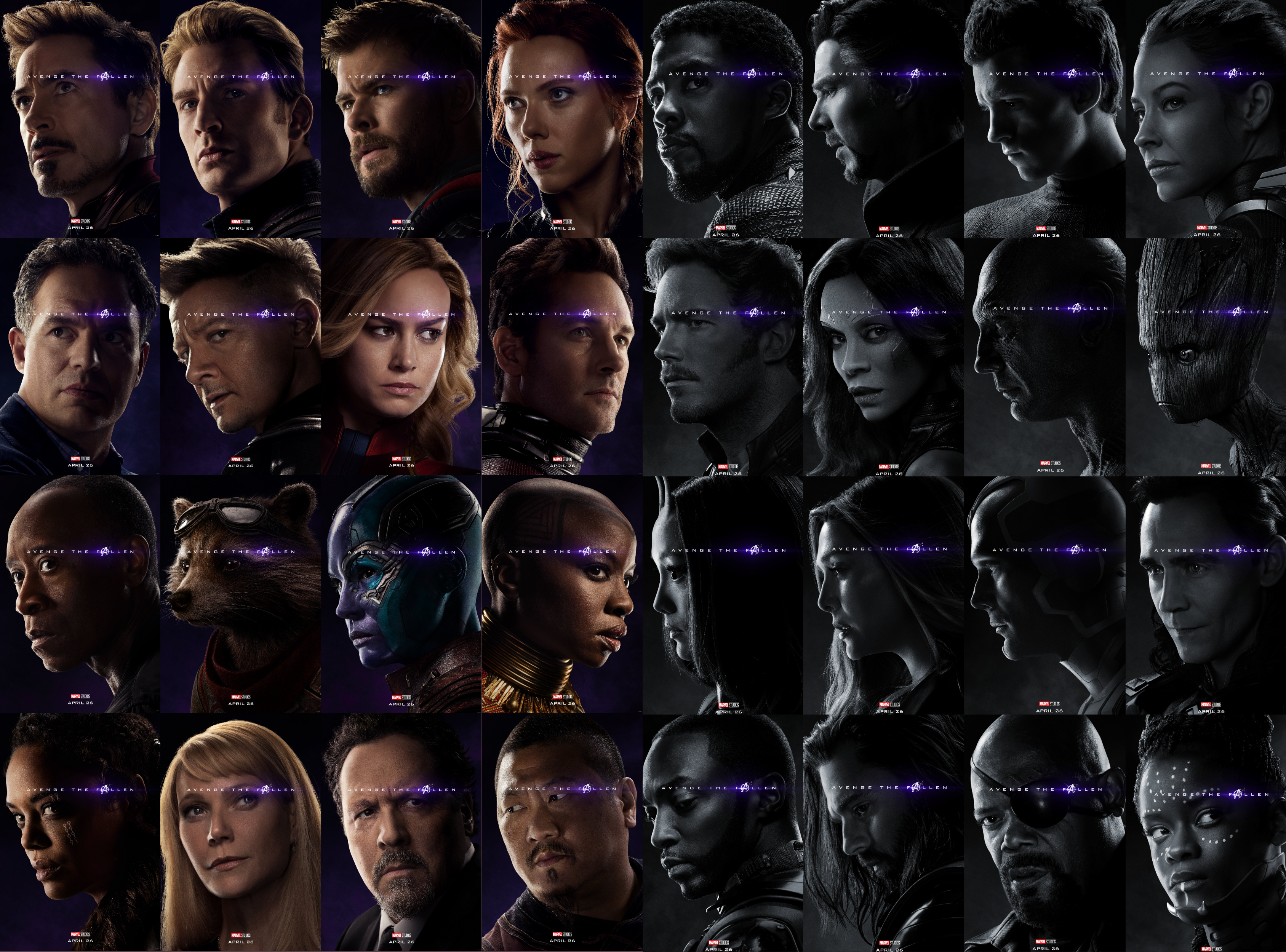 Artemis
Posts: 9212
Joined: August 2009
what the fuck
the killed groot? and no I didn't see infinity war but now I'm pissed.

Oku
Posts: 3567
Joined: May 2012
Is it intentional that there are exactly half on each side, or did they leave some characters out to make that work?