The upcoming epic thriller based on J. Robert Oppenheimer, the enigmatic man who must risk destroying the world in order to save it.
Post Reply
506 posts
El Especial
Posts: 886
Joined: October 2019

When the movie drops


No. It's exactly a year away. I think the film will have an internal countdown to the trinity test.

Nolan62
Posts: 1339
Joined: December 2017
Wonderful!!! Always with this strength of Nolan's teasers, this is both enigmatic, does not reveal anything about the nature of the film but entices enough by releasing the potential first tone of it, so eager to discover what Nolan has prepared again, it looks incredible, and this musical tension both atmospheric and disquieting that rises crescendo, Ludwig and Nolan is really a wonderful tandem!
I really feel a tour de force from the filmmaker, and another progression in his filmography!!

And we feel even more the will of Nolan to continue even more in the abstraction, which was already the case with Dunkirk and Tenet, especially with these great flames due to the explosion, we are already immersed in this whirlwind of fire, which forms a set of cinematographic materials, filmed as a world in itself, as if we were immersed in another dimension, all of this pronounced with Ludwig's score, I feel once again the filmmaker to go towards experimentation here, and I'm already delighted!

This teaser sounds like a mix between The Dark Knight Rises, with the voices-over, and Interstellar, with this kind of old atmosphere and with the explosion which can make one think of the dive into the black hole.

Havoc1st
Posts: 8230
Joined: October 2012
Location: Gran Pulse
Contact:
Contact Havoc1st
Website
The visuals looks good.
Ace
Posts: 1855
Joined: November 2012
Thinking the shot of the hat and smoking pipe on the desk will be the first shot of the film. 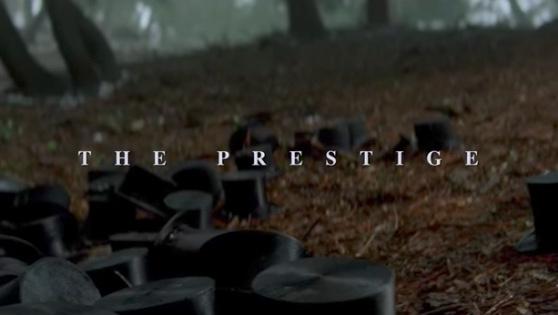 CASE
Posts: 218
Joined: August 2017
Location: Zembla
What are those thingies on the window?

Jesus of Suburbia
Posts: 1395
Joined: May 2010
Location: in a dream
I love the countdown
Frankthetank
Posts: 165
Joined: January 2018
I don’t think there’s anyone as good at manifesting intrigue and excitement for seemingly any project he does, quite like Nolan.
Nolan62
Posts: 1339
Joined: December 2017

Frankthetank wrote: ↑
July 21st, 2022, 7:10 pm
I don’t think there’s anyone as good at manifesting intrigue and excitement for seemingly any project he does, quite like Nolan.

1)Oppie teaser
2)TDKR teaser
3)Dunkirk Teaser
I really really hope they release this online during the weekend.
would be a crime not to..
Post Reply
506 posts