The upcoming epic thriller based on J. Robert Oppenheimer, the enigmatic man who must risk destroying the world in order to save it.
Post Reply
1062 posts
The Special One
Posts: 4057
Joined: June 2010

Not super surprising but he does confirm it's "heavily based on the book" and also that "a lot of the dialogue comes out of the book".

Chris Nolan is pissed
radewart
Posts: 1346
Joined: January 2013
FYI...there was a BBC miniseries made in 1980 on Oppenheimer starring Sam Waterson that has all the episodes available on YouTube:

I've been watching snippets here and there and it's not bad. Seems like it covers alot of the aspects and characters we will see in Nolan's film.
EOLB
Posts: 62
Joined: April 2022
I watched it last year before I started reading 'American Prometheus'. I really liked it.

And I watched 'Day One' with Brian Dennehy and David Strathairn too, but that one is more focused on general Leslie Groves than Robert Oppenheimer.
Ace
Posts: 1809
Joined: November 2012

Christopher Nolan further sent a message to thank exhibitors for their support and to reiterate his “incredible love for the big screen.” He’s in LA working on post for his next opus, Oppenheimer, which is led by Cillian Murphy and features a starry ensemble cast. That one comes out next July in Nolan’s preferred slot.

The studio also brought in recorded videos of big-name filmmakers such as Christopher Nolan and Night Shyamalan, who teased their upcoming movies, “Oppenheimer” and “Knock at the Cabin,” respectively, as well as thanking exhibitors and paying tribute to the collective experience of movie-going. But even as Nolan stressed that he couldn’t wait to bring the story of atomic bomb creator J. Robert Oppenheimer to the screen, he didn’t offer up any tantalizing first footage.

Anyway I'm so looking forward to this period of anticipation, which as usual is always exciting!!

Anyway I'm so looking forward to this period of anticipation, which as usual is always exciting!!


Is Christopher Nolan using Imax cameras on his new film Oppenheimer?
Yes, he is using them and he is using them in new, novel ways which you’ll have to ask him about. But Chris is never content in doing things the same way. I’ve discussed that project with him. I think in a world where the use of nuclear weapons is now back on the table, a story which in part talks about the ethical issues and technical issues [of nuclear weapons] people are going to want to see it. 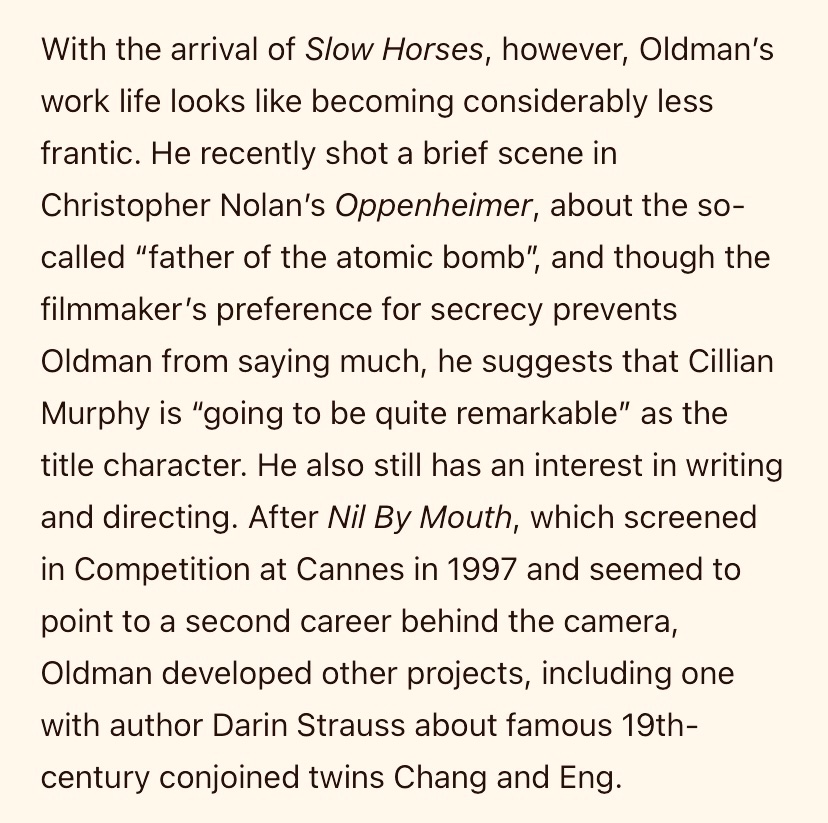