prowlercomesaround
Posts: 1407
Joined: July 2012
BF1 was groundbreaking, immersive and offered a game experience more similar to the original BF1942. Never cared much for BF3 or BF4 but sorta enjoyed BF2 and BC2. Hardline was fun and underrated.

My main problem with BF1 was the gun variants and random bullet spread. Weapons were better balanced compared to BF4, but TTK was horrible as a result. The latest patch fixed that but then it was already too late. Bring back the weapon customization from BF3/4/Hardline (and customization in general).

Premium pass must go, behemoths needs to be more than just cool gimmicks and nade spam/random explosions still needs to be tuned down.

Paying for Premium in BF3 and 4 is probably the best bang for the buck deal I've ever gotten on any DLCs. You got so much shit I played for like a good extra year or two thanks to that. They can still do it right.

prowlercomesaround
Posts: 1407
Joined: July 2012
^ Not if it comes at the cost of microtransactions, no. Let all players have access to all maps, but have Premium be limited to more guns, more features (like Hardline's gun bench), more skins, more challenges, more progression (higher level cap), etc. Anything to reduce the fragmentation of the player base. 
On May 23, join comedian Trevor Noah and members of the DICE team as they present the Battlefield™ V Live Reveal. As the live stream draws near, we’ve compiled the top ten things to look forward to.

It’s a brand-new experience and still everything you love about Battlefield – where every fight is different and brought to life across unexpected theatres of war. Discover the new challenges that will change war forever.

Battlefield 1 gave players the definitive World War 1 experience that brought the dawn of all-out war to life. But the next Battlefield happens on another frontline. The live reveal will give players the first look at DICE’s immersive portrayal of the new setting.

3. Info Straight from the Developers Behind Battlefield V

Come for Trevor Noah, stay for the developers. Hear from DICE team members Oskar Gabrielson, the head of DICE Stockholm, Andreas Morell, senior producer, Lars Gustavsson, creative director, and Daniel Berlin, design director, as they fill you in on their Battlefield V vision.

You can of course expect large-scale multiplayer in the next Battlefield – but Battlefield V takes it to the next level. Prepare for multiplayer that spans multiple maps and modes, meaning you’ll experience more varied and exciting Battlefield moments.

Battlefield has always been about high-fidelity immersion, and Battlefield V isn’t any different. Tune in, and you’ll be among the first to hear and see the stunning environments that you’ll soon be playing within.

A player-favorite from Battlefield 1, Operations have given you the chance to take epic journeys across several maps. Will this teamplay-focused experience be in the next Battlefield? You’ll know if you watch the live reveal!

While we don’t want to scoop our own reveal, you can bet your favorite Battlefield 1 weapon that exciting gameplay changes are coming. Because of this, we suggest not even blinking during the Battlefield V Live Reveal.

The comedian and host of the The Daily Show is not only a gamer, but a defender of video gaming. Funny, smart, and loves video games? We couldn’t think of a better person to host our live reveal then this South African legend.

9. The Return of War Stories

DICE believes in both all-out multiplayer and single player, and the live reveal will have more info on the returning fan-favorite War Stories. Prepare for untold, compelling narratives in a new setting.

10. Answers to All the Speculation

The recent Battlefield Easter Egg chase has turned much of the community into sleepless sleuths. Is your whiteboard covered in Morse code? Is your search history full of white horses? How close were you to the truth of Battlefield V? It’s time to find out.

On a serious note I'm pretty hyped. Honestly this might be my next AAA purchase. 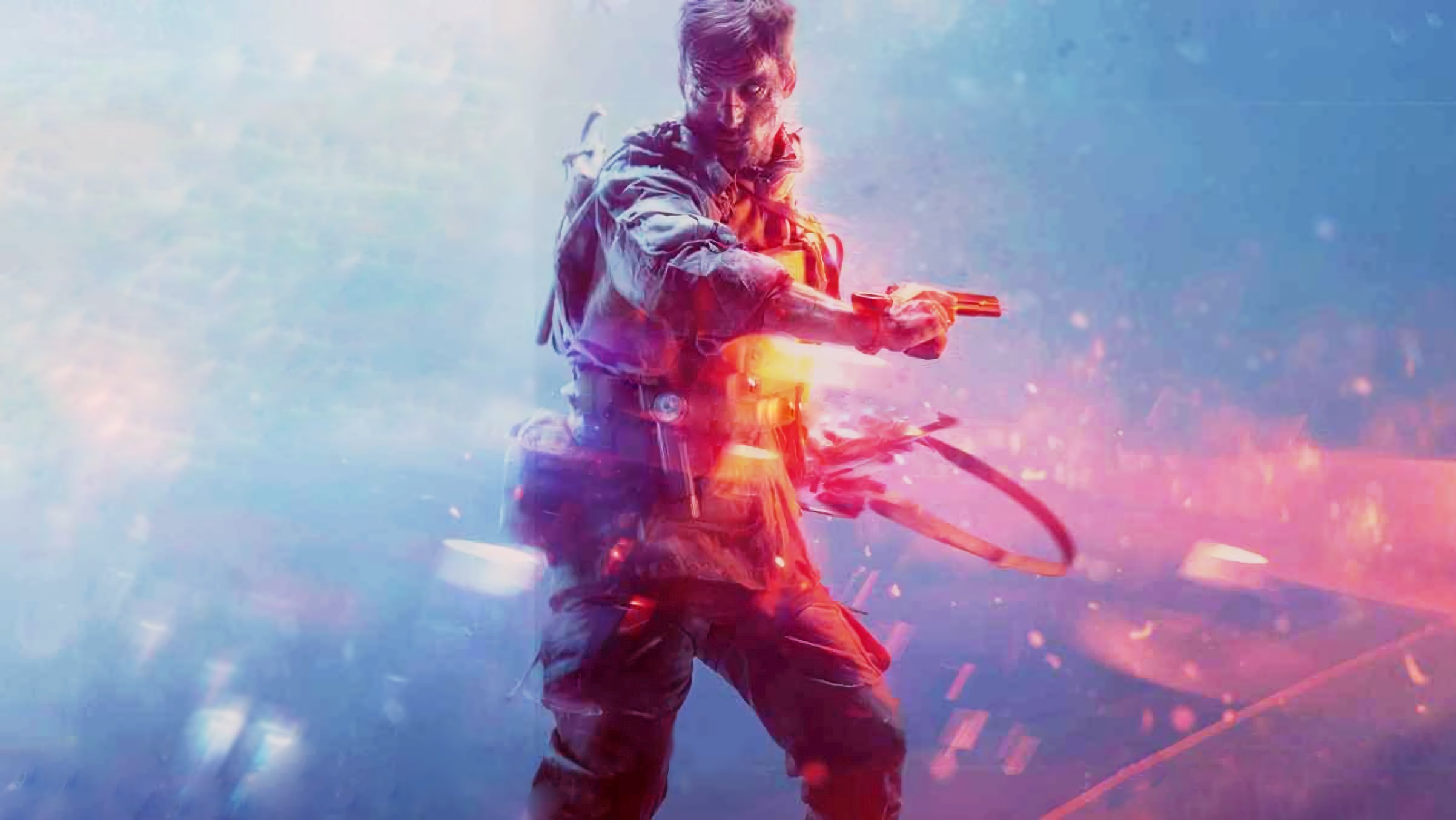 This + yesterday's teaser pretty much confirms the earlier "leaks" that pointed to a WW2 setting.

Battlefield "V" for victory as well as being the Roman numeral for 5.
Post Reply
42 posts