by Bacon
Met Ed the other day and the guy was so genuinely enthused about people supporting his work.

Bacon wrote: ↑
February 11th, 2020, 1:59 pm
Met Ed the other day and the guy was so genuinely enthused about people supporting his work.

Sunnuva. Tell us deets. Where and when did ya meet? What’d you talk about?

by Bacon
I went to one of his intimate shows premiering his solo material and after the shows he's been coming out to meet people.

We met his solo band and most of them are closer to my age so we all talked about musical influences and stuff, and I let it slip that we drove 11 hours for it. I think the keyboardist told one of the security team people to get Ed to come out on our side first, because he slipped his head between the doors with a huge grin and said "Hey guys, can I sign anything?" Most of the people in the venue didn't realize he was out meeting people until after we had talked for a minute. I shook his hand, thanked him for the show, talked about the record, and complemented the band ("Yeah, they're not too bad, eh?"). Got a poster and CD signed. He then had to move to the other side of the venue. We could have gotten a picture if we asked, but I usually feel like that can be very intrusive, and if we waited in line with the (now) big crowd waiting, it'd seem like we were overzealous.

This Isn't Happening: Radiohead's "Kid A" and the Beginning of the 21st Century by Steven Hyden 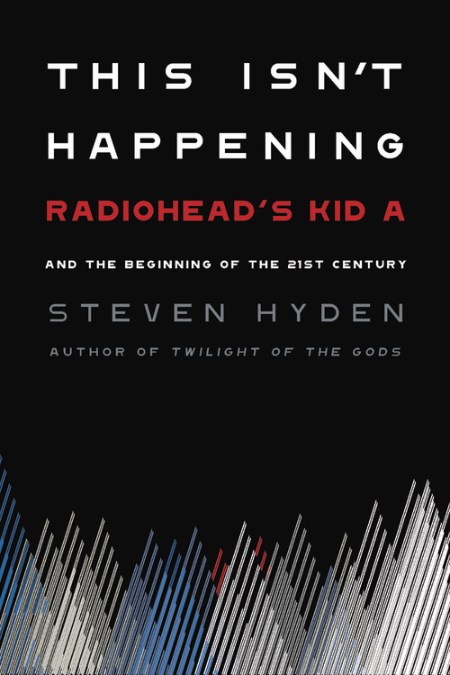 The making and meaning of Radiohead’s groundbreaking, controversial, epoch-defining album, Kid A.

In 1999, as the end of an old century loomed, five musicians entered a recording studio in Paris without a deadline. Their band was widely recognized as the best and most forward-thinking in rock, a rarefied status granting them the time, money, and space to make a masterpiece. But Radiohead didn’t want to make another rock record. Instead, they set out to create the future.

For more than a year, they battled writer’s block, inter-band disagreements, and crippling self-doubt. In the end, however, they produced an album that was not only a complete departure from their prior guitar-based rock sound, it was the sound of a new era, and embodied widespread changes catalyzed by emerging technologies just beginning to take hold of the culture.

What they created was Kid A. At the time, Radiohead’s fourth album divided critics. Some called it an instant classic; others, including the U.K. music magazine Melody Maker, deemed it “tubby, ostentatious, self-congratulatory . . . whiny old rubbish.” But two decades later, Kid A sounds like nothing less than an overture for the chaos and confusion of the twenty-first century.

Acclaimed rock critic Steven Hyden digs deep into the songs, history, legacy, and mystique of Kid A, outlining the album’s pervasive influence and impact on culture, in time for its 20th anniversary. Deploying a mix of criticism, journalism, and personal memoir, Hyden skillfully revisits this enigmatic, alluring LP and investigates the many ways in which Kid A shaped and foreshadowed our world.

by Bacon
I think about the fact daily that I almost didn't go to that EOB show in February. So glad I took that opportunity to see live music and meet one of my heroes before the world shut down.

Bacon wrote: ↑
August 4th, 2020, 2:14 pm
I think about the fact daily that I almost didn't go to that EOB show in February. So glad I took that opportunity to see live music and meet one of my heroes before the world shut down.

bummer we couldn't meet up at Thom Yorke tho

we could've argued about TLJ, would've been great