I just realized that it's not Ellie, lol.

AsianVersionOfET
Posts: 4051
Joined: May 2014
Location: [insert non-spoilery location here, that wasn't a spoiler to begin with]
Yeah doesn't look like Ellie to me. Holy shit what a trailer. Wow.

m4st4
Posts: 55459
Joined: May 2010
Location: Arrakis
ND updated their Twitter with names of the actors (and characters). Laura Bailey yass... and redacted. 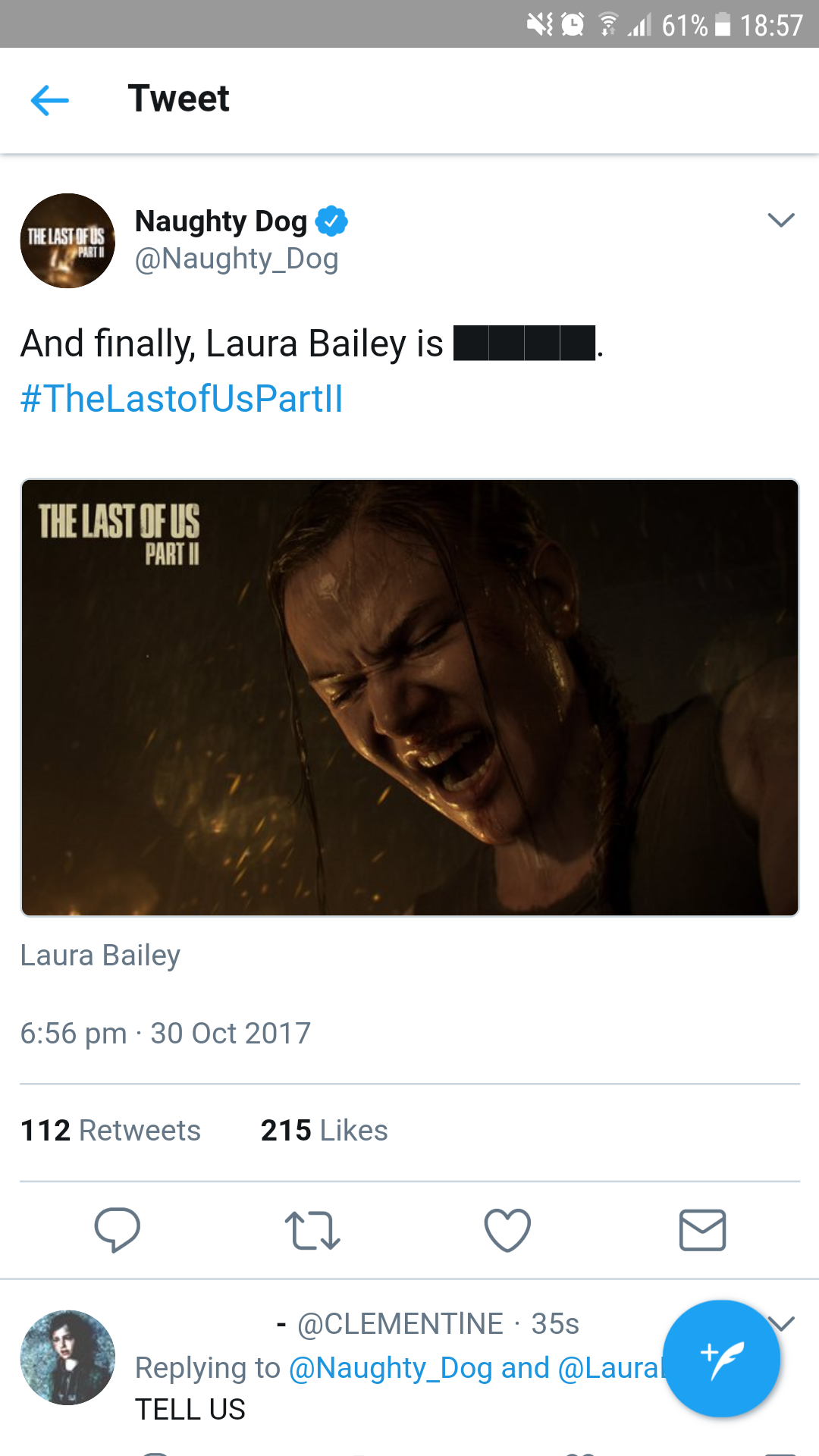 American Daughters poster in U4. 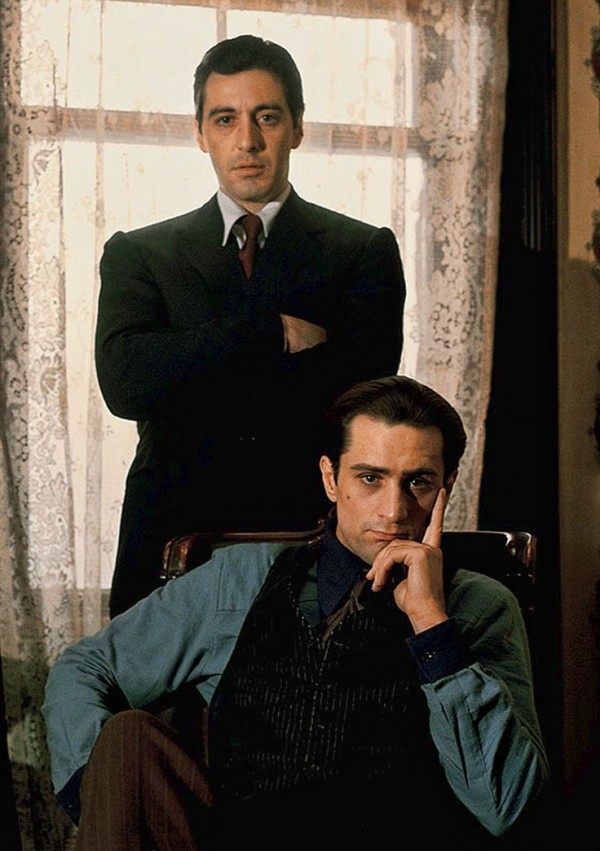 m4st4 wrote:ND updated their Twitter with names of the actors (and characters). Laura Bailey yass... and redacted. 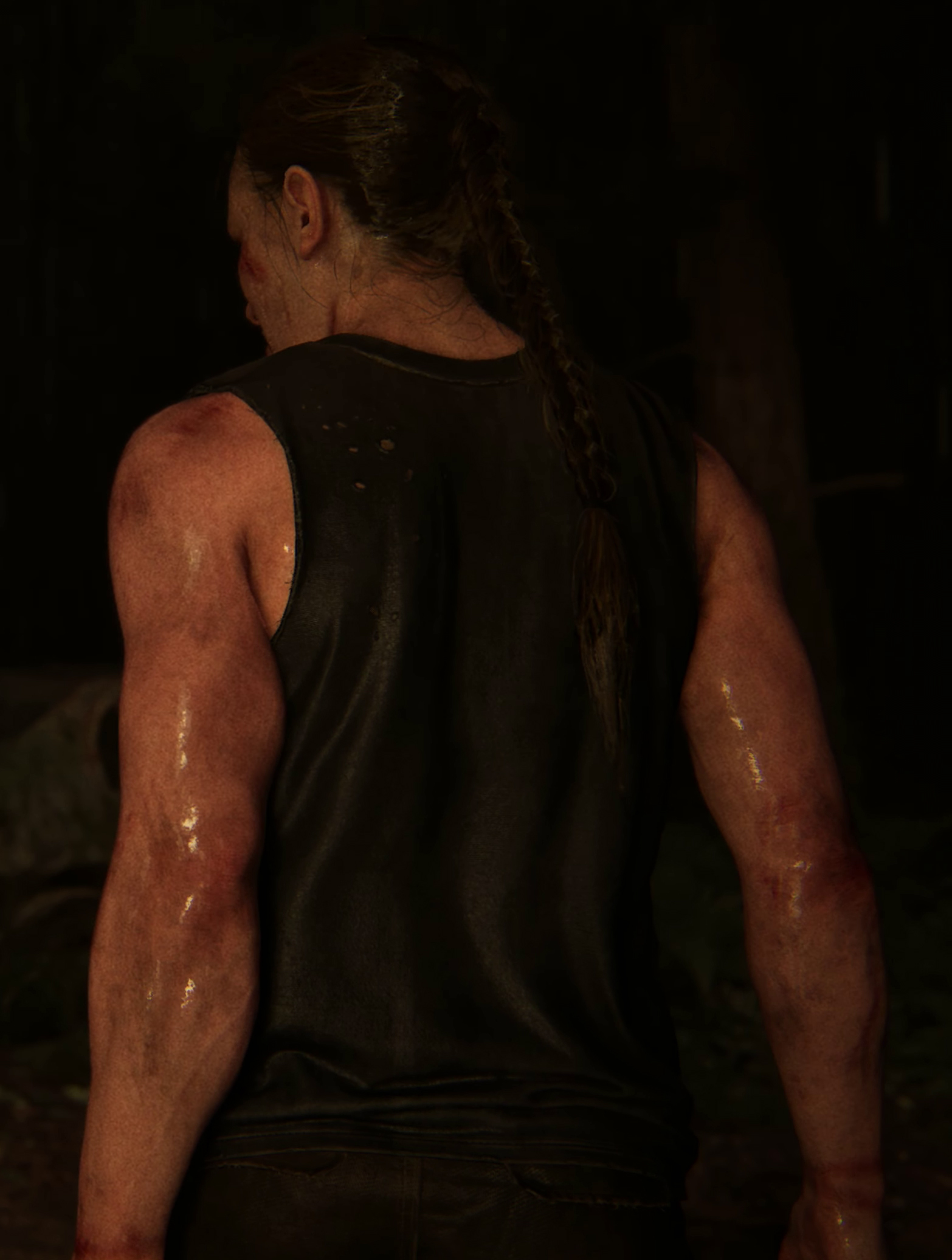 "We’re also pretty sure that we’re going to see all sorts of theories about whom these characters are, where and when this scene takes place, and how all of this fits into Ellie and Joel’s next story. For now we’re keeping mum..."