m4st4
Posts: 55632
Joined: May 2010
Location: Arrakis
Perfect epilogue... and dat music. Only game where I never skip the credits after it's over.

m4st4
Posts: 55632
Joined: May 2010
Location: Arrakis
Naughty Dog was on Twitch today and this 'shocking news' escaped their fast mouths:

Ericmase
Posts: 567
Joined: August 2013
Location: Phenomena Incognita
I'm not sure if this thread is about a possible 'The Last of Us'-movie or just the game.

Anyhow, here's my cast and crew for the movie: 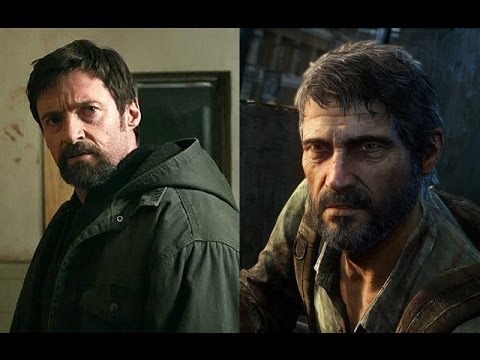 And now for the crew:

What Culture says exactly why I choose him:


"When taking in consideration the bare-bones strive for survival, the deep and layered realms of character, and the no-holds-barred tone of the dog-eat-dog world of The Last of Us, Danny Boyle is the man that comes to mind.

Responsible for 28 Days Later, 127 Hours, and Slumdog Millionaire, Boyle has proven that he has what it takes to peel off the bandages that most filmmakers would hide the true themes and intensity of TLOU under. Already critically acclaimed, there is no reason to believe that Boyle would not be the director to bring this project to life in a way that captures the game’s world while spinning something fresh for audiences."

I also want Nolan to make the movie for... whatever reason I cannot think about...?

We are lucky enough to have Neil Druckmann as the writer

My first choice for the composer:

My second choice for the composer: Since the music from the game is mostly guitar, then listen to this score by Nikolaj Egelund from the movie, "Jagten", also known as "The Hunt":

The odds for him being the composer are extremely small but I think that Egelund could do a FANTASTIC job in making the score for the movie!

I am sorry if I posted this in the wrong thread, but anyhow... This is my list

m4st4
Posts: 55632
Joined: May 2010
Location: Arrakis
It's TLOU thread so anything related to that is okay... we're waiting for the official announcement on the sequel, E3 right after Uncharted 4? Fingers crossed.

By the way some solid casting there.

prince0gotham
Posts: 15510
Joined: June 2010
Location: You're pretty good.
I only had time for the first three, gonna finish today.

This confirms my impression that this game is the modern Half Life.

EDIT: I dunno why i said "these games"

heavy on the info but phenomenal
Post Reply
909 posts