geozou1 wrote: ↑
August 12th, 2020, 4:45 pm
What's in the Cinemacon trailer? New footage of Tenet? They aren't releasing it with the Inception rerelease?

it's what was originally meant to play with the Inception re-release. an extended clip/new trailer-ish thing

kamelgunner
Posts: 111
Joined: October 2017
Location: oran
can someone please pm me The INCEPTION bts think i'd really appreciate it

Only hope I think is Slovakia at this point...

Well and that hope goes to shit with this post

I was there, ready...and nothing! Got the BTS and Nolan Intro...in quite good angle. Ill post tomorrow.

I will try one more time with my friend who runs different theater and if he gets it then he will surely screen it for me.

If you're checking in with your friend...ask about Trailer F4 specifically haha

links? So it is screening somewhere... 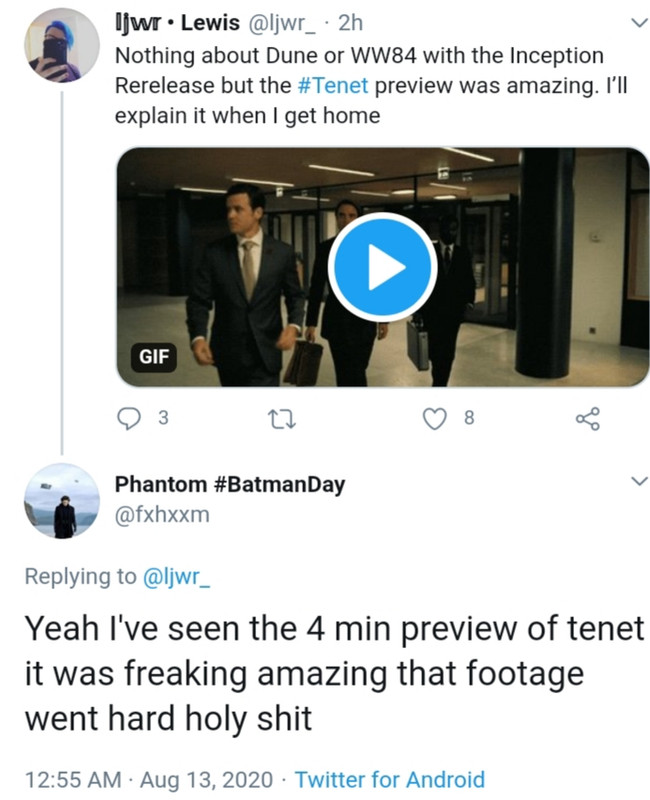 Damn I really want to see it

Tarssauce
Posts: 2576
Joined: December 2016
Being this close to release I’m not too mad about the F4 trailer being scrapped. They know it’s going to leak on the internet and the BTS being almost 10 minutes long didn’t stop it from leaking immediately.

They could’ve at least attached the prologue with the BTS footage though. Not all countries got it and it was an IMAX exclusive (which could be the reason why they didn’t).

But the BTS footage should drop online - I think they will probably chop it up and release it close to release as a final marketing push.

If you're checking in with your friend...ask about Trailer F4 specifically haha

Yep. Was really nice to hear the man speaking about Inception now.

The info I posted before about what our theaters will be screening was from him. That was the confirmation he got from our distributors and the theater I was in today (Cinemax) also confirmed it, even with the 20 minutes runtime posted on their FB.

Wonder what happened. Maybe they just didnt get it. I really hope it wasnt just someone from the staff trying to finish early and skipping it LOL

They screened three trailers before all that: Bond, WW84, Tenet.

I will be definitely asking about that F4 trailer!


At least I got to see this tho: 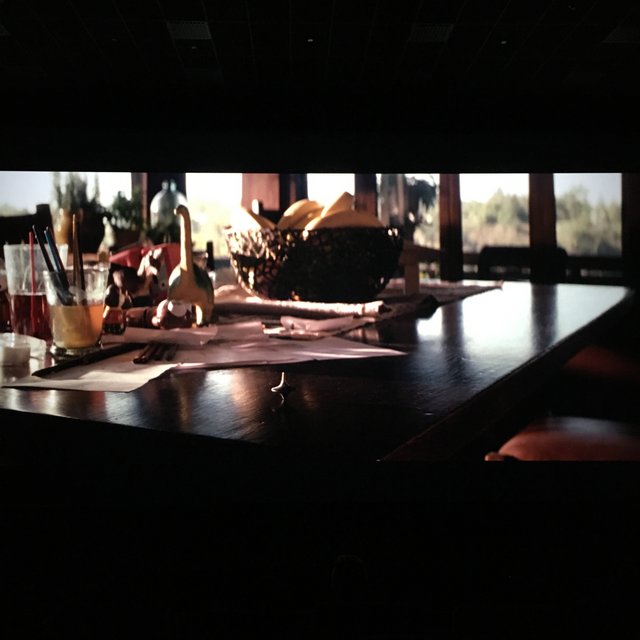