An original action espionage film releasing in IMAX on August 12, 2020
Post Reply
1588 posts
gropercity
Posts: 337
Joined: July 2019
We live in a world where everything is a video recorder and the best we get is a photo of the screen?! Come on!

Oku
Posts: 3567
Joined: May 2012
We also live in a world where because of those very reasons, everyone assumes that someone else will do it and no one ends up doing it

pk12
Posts: 98
Joined: March 2012
I see Nolan is coming back to his TDKR white and black title card design

Oku wrote: ↑
August 1st, 2019, 7:37 pm
We also live in a world where because of those very reasons, everyone assumes that someone else will do it and no one ends up doing it

also also, we live in a world of content id, lets not get our hopes up, in youtube at least. 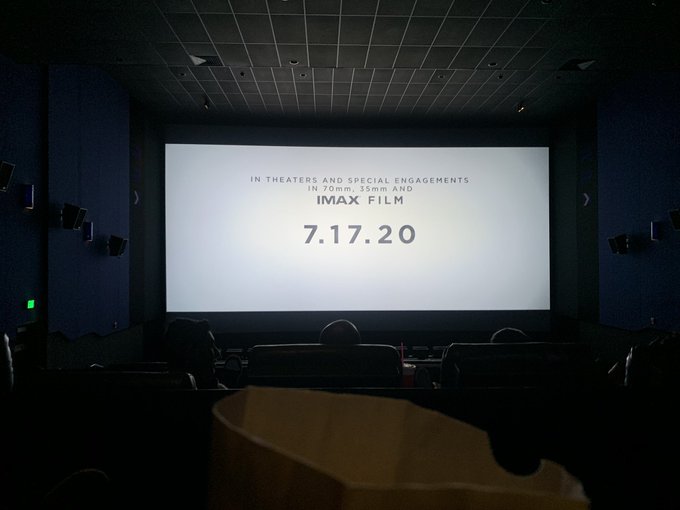 It's always the next day


The trailer for Christopher Nolan’s next movie, “Tenet,” made a surprise debut in theaters Thursday night.

A 40-second teaser screened ahead of preview showings of “Hobbs & Shaw,” sources tell Variety. The trailer has not yet hit the web, and it’s currently unclear when it will.

According to social media reports, the teaser only shows star John David Washington, along with the tagline “It’s time for a new protagonist.”

Hearing Nolan loves the theatrical experience so much that we may not see this online till the end of the weekend
Last edited by senseandsarcasm on August 1st, 2019, 7:48 pm, edited 1 time in total.

dvir971
Posts: 17
Joined: December 2010
If it’s actually related to Inception I’ll be so disappointed of Him... I hope some more details will emerge soon
ANONIMNIQ
Posts: 892
Joined: June 2010
Location: Bulgaria
40 seconds teaser.... this is a new record for the shortest Nolan's teaser ever.
Post Reply
1588 posts