DUNKIRKIE wrote: ↑
November 8th, 2019, 11:40 am
Guys, what if some other day they actually finish all the shooting and we never get to know lmao

After six plus months of filming, I'd imagine there will be a hell of a wrap party. No way do we not hear about that. Surely some of the crew will let on that it's happened.
El Especial
Posts: 759
Joined: October 2019
wow 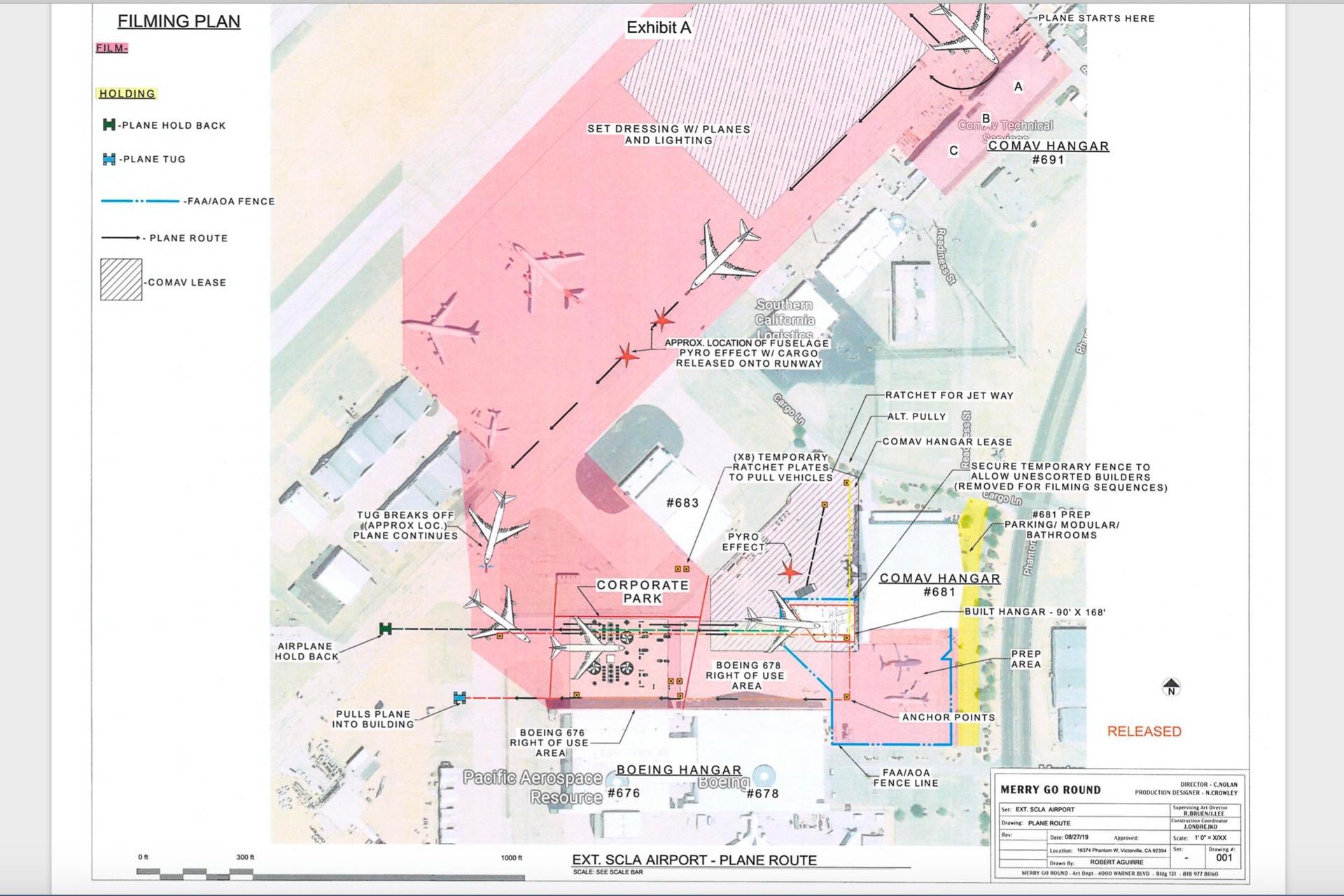 Hopefully everyone is safe

A diagram included in the staff report shows the Boeing’s path down a taxilane set dressed with other planes and lighting. The aircraft travels toward separate sets of pyrotechnic effects in the diagram.
It then veers left into a constructed “corporate park” — described as a “parking lot with dividers and trees” — before hitting the hangar built for the scene with another pyrotechnic set close by.
About 200 crew members and 100 background actors participated in the main shoot, which occurred between Oct. 3 and Oct. 15.
https://www.reddit.com/r/tenet/comments ... _crashing/
https://www.vvdailypress.com/news/20191 ... ed-at-scla
radewart
Posts: 1201
Joined: January 2013
On that diagram, one of the blurbs says,
"Approx. location of fuselage pyro effect w/ cargo released onto runway"

That's likely the gold bars we saw a picture of earlier. http://imgbox.com/mFVgxB1N#

That's a nice catch there. The pieces are all slowly starting to come together.
Post Reply
1468 posts