as i understand it, the 65mm 5 perf cameras always have been sound proof, thats why they are so much heavier than the msm camera, and why hoyte handhelds that one instead.

Posts: 2670
Joined: December 2016
Yes and a company made 5-perf 65mm cameras that are much lighter and even quieter.

It’s so exciting that they’ve used high-speed 65mm cameras and the film will feature frame-rate ramping (possibly during the car chase).
DarkChocolateOreo
Posts: 59
Joined: December 2019
I dont know if its feasible or smart or whatever, but I think it would be cool if they shot 35mm academy with IMAX and just framed for widescreen. That way the aspect ratios would be very similar and you'd get a whole massive square experience for the entire movie.

2. They might have done something similar on Interstellar. Some shots of the Endurance (miniature) were shot with a 35mm Vistavision camera. But I’m not sure if those shots were 1.43:1 or scope - but most of the frame is just black since... space.

3. Some people complained about 5-perf 65mm not looking as good as 15-perf 65mm so the difference between 35mm and 65mm will be drastic. Also, I think it’s good that the whole film is shot on large format.
Last edited by Tarssauce on August 4th, 2020, 5:46 pm, edited 1 time in total.

Posts: 2670
Joined: December 2016
Yes. The wide shots of the Endurance whirling in space are Vistavision. They wanted to replicate the harsh sunlight hitting it so they used Vistavision with motion-control and shot at a much lower frame rate and shutter speed so they could get as much light as they can. Almost like stop motion.

So bigger than 4-perf 35mm and smaller than IMAX film. 8-perf 35mm to be exact, equal to a full frame still camera.
Pippy
Posts: 31
Joined: November 2019
Does anyone think the new Tenet and Inception features will be on the Inception re-release on Cineworld's IMAX?

I normally avoid it because of the difference compared to Vue's Manchester IMAX, but Vue aren't looking like opening, yet.

With Manchester going the way it is, there's a chance they may not for a while.
martinouchou
Posts: 3
Joined: July 2017
I got this at work today for the Aug 12 release of Inception. 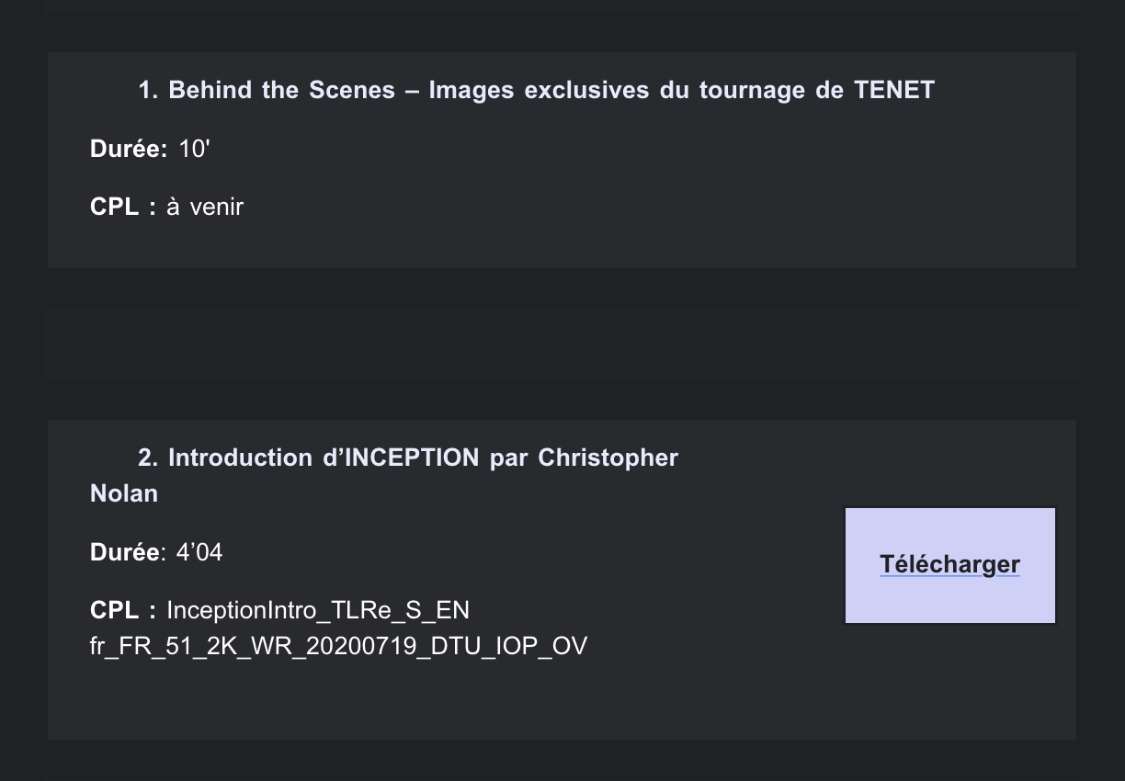