Nolan says a lot of nonsense when it comes to color science and so on, but I don't think this is a particularly controversial point?

I for one think what he says about color science is true, when he talks about film vs digital i mean, film has no banding of the colors, is the full spectrum, digital is another story, we just began delivering content in HDR, wich is still inferior to the film color spectrum, we are going to have to wait until we get 16 bit hdr displays for it to be on par with film, so in that sense, Chris is absolutely right.
Paradoxicalparabola
Posts: 241
Joined: November 2019

It seems like Nolan is not a great science and math student, lol.

At first glance it’s kind of odd what he said considering there are explanations for it scientifically and mathematically speaking although I don’t believe Nolan doesn’t use internet for research to find out why because I remember he once said it’s a great tool for that, so I think he may have meant it in a more philosophical or abstract way perhaps.

According to the article at one point, before his paradox comment, he says “I am fascinated by our subjective perception of reality, that we are all stuck in a very singular point of view, a singular perspective on what we all agree to be an objective reality”. Later on, the interviewer says "Watching Inception, I tell Nolan, I made a note that the movie — really, his entire filmography thus far — is for people who regard “2 + 2 = 4” not as an inviolable absolute, but rather as a manmade construct subject to multiple variations and interpretations." And in the twitter picture Nolan then starts talking about what we can observe in the case of 2+2=4 and that we know it’s true because of that. But in a more subjective perspective then things can start becoming weirder to the point where it might lead to paradoxes which is what I gather from what he said about his kids.
radewart
Posts: 1057
Joined: January 2013
Cool images, any why to enlarge the text?
enfitt
Posts: 157
Joined: January 2020 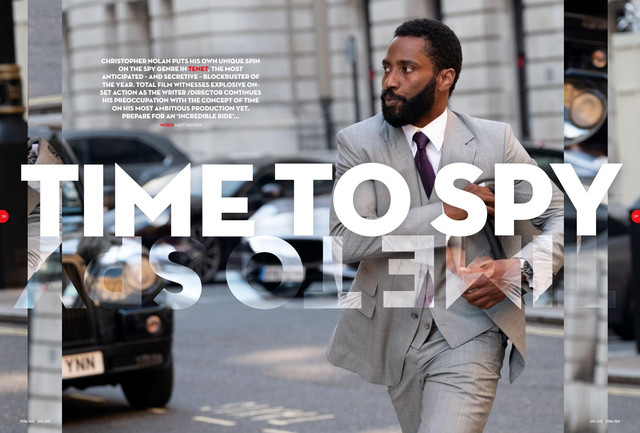 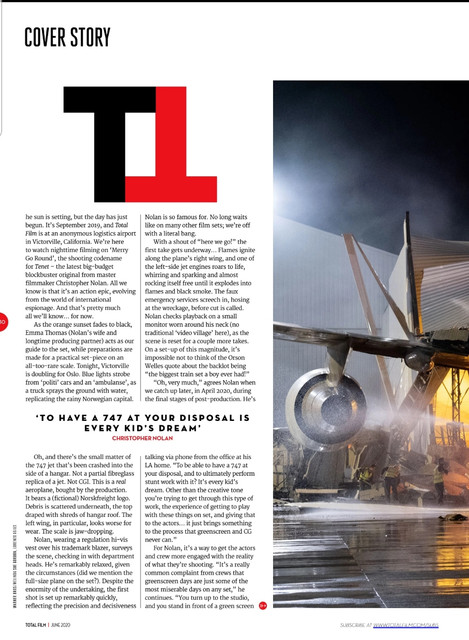 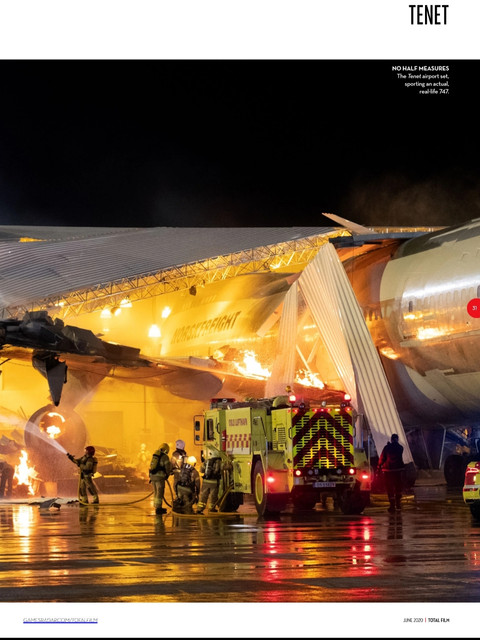 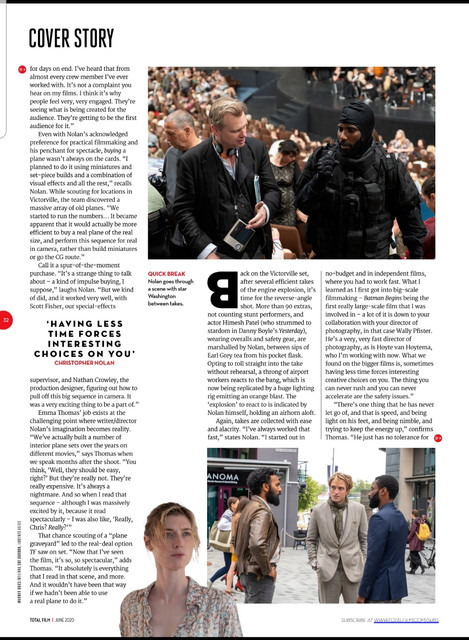 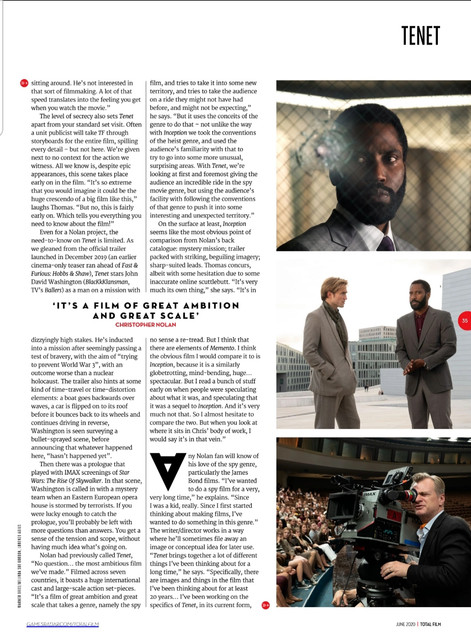 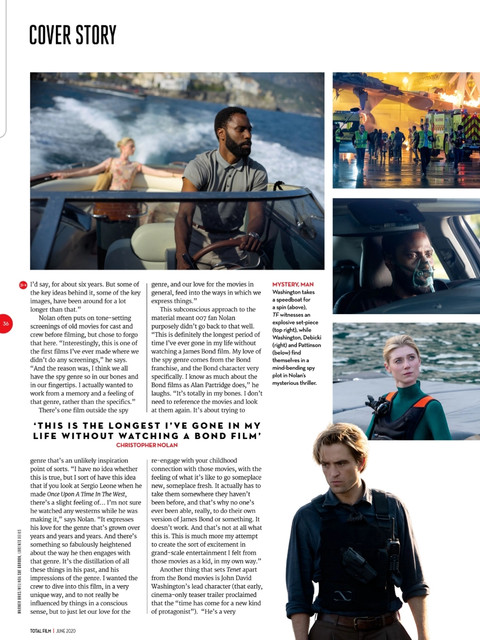 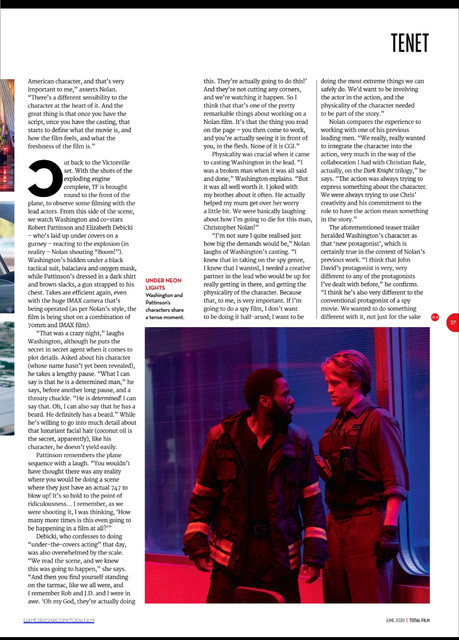 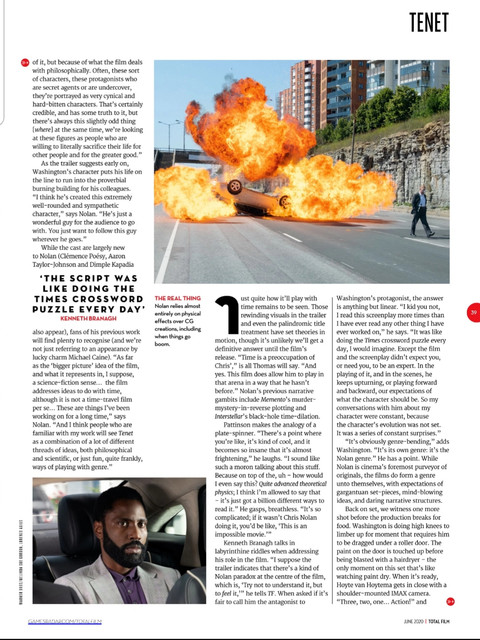 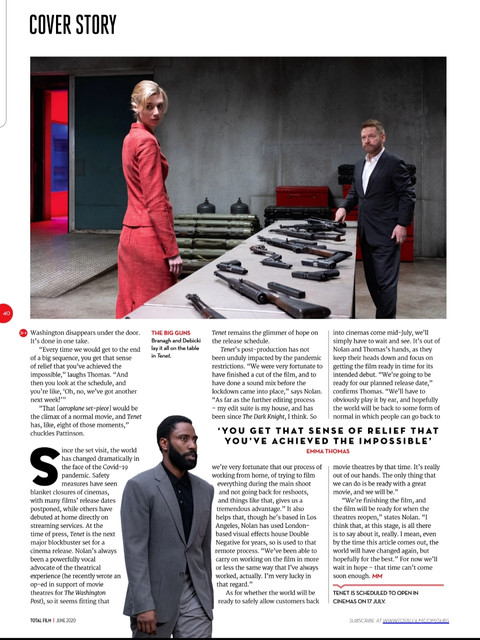 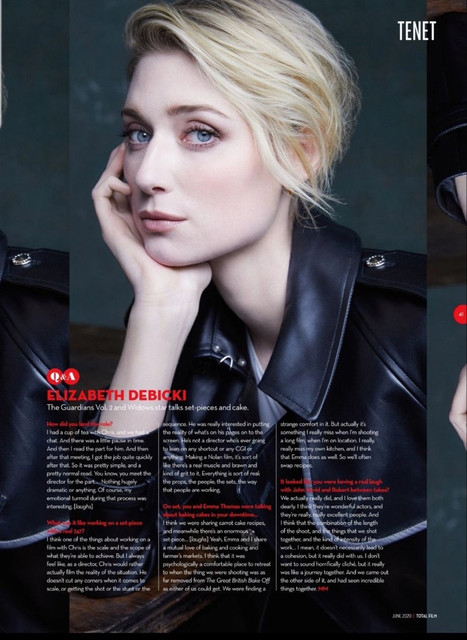 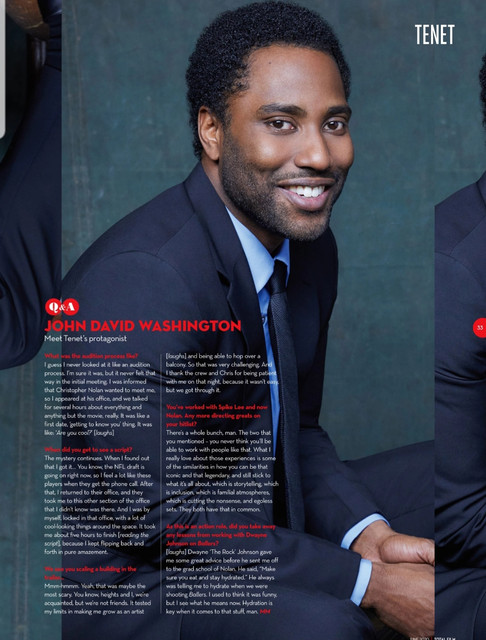 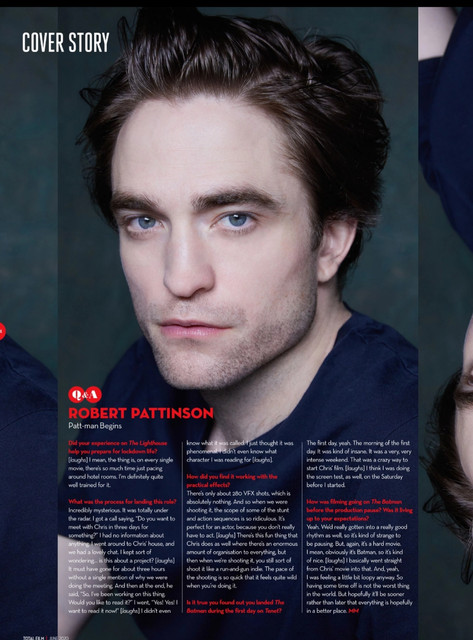 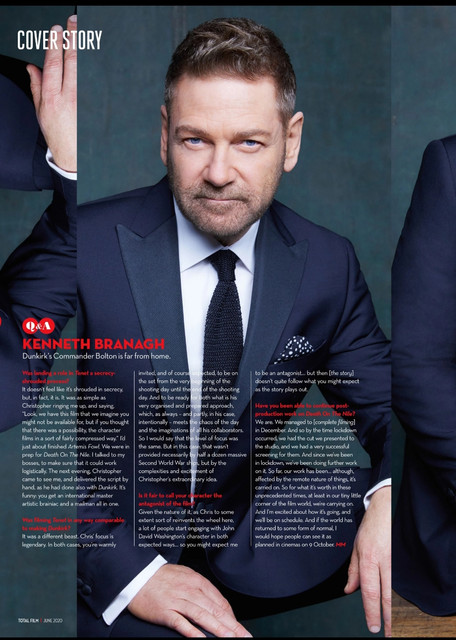 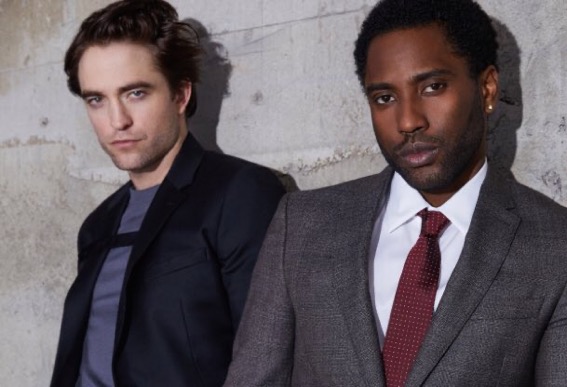 Thank you.
Paradoxicalparabola
Posts: 241
Joined: November 2019
So finally Emma Thomas says Tenet is not a sequel to Inception or story wise related to it. It’s its own thing. Guess some people now will move on from that idea.

DHOPW42
Posts: 2853
Joined: January 2009
Reacting to the TotalFilm article - I'll put it in spoilers for those who don't want to read anything about the film:
So the plane sequence takes place "early on" according to Thomas...

I might be wrong, but I suppose the new poster really needs the exact release date, so... not until that is settled, I'd guess.
Post Reply
6355 posts