The 2017 World War II thriller about the evacuation of British and Allied troops from Dunkirk beach.
Post Reply
1432 posts
The Special One
Posts: 4036
Joined: June 2010


Theatre goers watching the premiere of “Dunkirk” at Calgary’s Westhills Cinemas on Friday night got a surprise encounter with a 97-year -old man who was at the battle in 1940.
The Battle of Dunkirk took place during the Second World War between the Allies and Nazi Germany in Dunkirk, France.

Calgarian Ken Sturdy, dressed in a jacket adorned with medals, viewed the movie and was impressed by what he saw.

“I never thought I would see that again. It was just like I was there again,” Sturdy said.
“It didn’t have a lot of dialogue. It didn’t need any of the dialogue because it told the story visually and it was so real.”

The movie Dunkirk tells the terrifying story of the evacuation of allied troops from the French city of Dunkirk. It’s thrilling entertainment for most viewers, but for just a handful of people in the world, it contains images that bring back memories of surviving Dunkirk.

“I was in those little boats picking them out of the water,” Sturdy said.

He was a 20-year-old signal man with the Royal Navy helping evacuated soldiers reach waiting boats from the chaos on the beach.

“I had the privilege of seeing that film tonight and I am saddened by it because of what happened on that beach,” Sturdy said.

More than 68,000 British soldiers were captured or killed during the battle and retreat and over 300,000 were rescued over nine days.

The harrowing scenes took Sturdy back to a time when he was on those small boats. Sturdy said the beach was filled with terrified soldiers.

“I was 20 when that happened, but watching the movie, I could see my old friends again and a lot of them died later in the war,” Sturdy said. “I went on convoys after that in the North Atlantic. I had lost so many of my buddies. One of my mates was taken prisoner. He wasn’t killed on the beach. They marched him up to Poland. And he spent five years in a German prisoner camp.”

Other people at the Calgary premiere were honoured to encounter such a decorated veteran at the theatre. Many gathered around Sturdy to shake his hand and offer their thanks.

“At the end of the movie I ran down the stairs and he was just wiping his tears away and I was able to shake his hand and give him a proper salute,” Kelly Kwamsoos said while fighting back tears.

“I really hope that the younger generations can understand what it was like and really count their blessings. We’re so lucky,” Kwamsoos said.

Sturdy hopes the movie sends a message to a new audience of the sad nature of war and our apparent inability to avoid it.

“Don’t just go to the movie for entertainment. Think about it. And when you become adults, keep thinking, “ Sturdy advised.

“Tonight I cried because it’s never the end. It won’t happen. We the human species are so intelligent and we do such astonishing things. We can fly to the moon but we still do stupid things,” Sturdy said. “So when I see the film tonight, I see it with a certain kind of sadness. Because what happened back then in 1940, it’s not the end.”

Bacon wrote:^It's stuff like this. Nolan's other films haven't dropped past like 80%. Dunno why there's a sudden backlash. In all other instances (Interstellar/TDKR), the audiences were the ones rallying around the film against the very vocal critics.

I mean I just made a post answering to this.

Also, Interstellar and TDK have a lot of stuff that appeal to the common eye. They are popcorn entertainment while also being grand in scale. So they rallied around those films because they didn't understand from a detailed perspective why the critics had every right to dislike stuff in those films.

In addition to what I said about Dunkirk and the general audience in my previous post, Dunkirk is a film in which scale is not well represented. On top of that, it clearly isn't popocorn entertainment. So the audience is left with a serious war film. But this is not Hacksaw Ridge either, as in a war movie that has actual character development and can easily pull the audience in through that alone. Nor does it have the engaging gruesome rated R battles where the audience gasps and woes. Dunkirk has a different kind of impact and it's not one that is easy to make due to it's different structure and focus.

There's nothing really weird or different about this. Nor is it Nolan related.

Oku
Posts: 3567
Joined: May 2012
So the Metacritic score has ended up higher than the Rotten Tomatoes score.

Has that ever happened before for a big-budget film?

The man's only record to beat is himself. 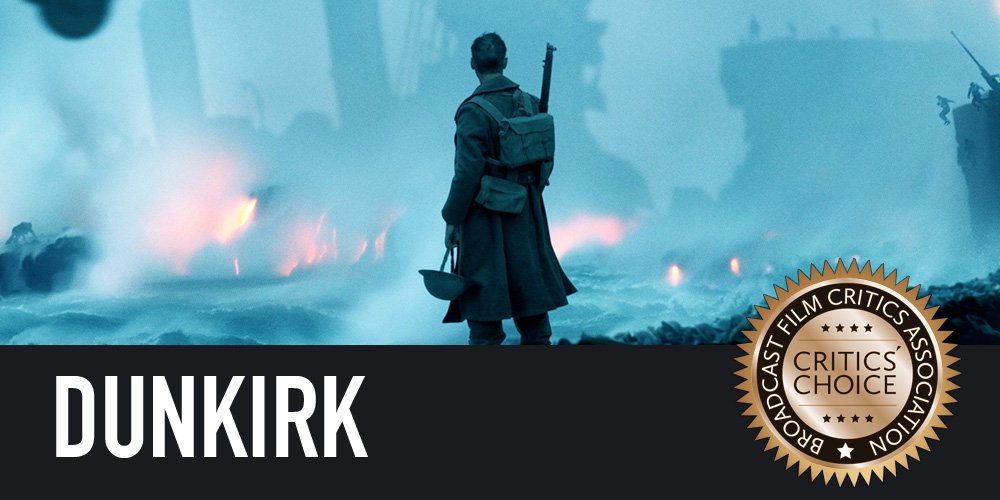 Sorry for the double post, but it really is. You guys should watch the video, profoundly moving.
rbej
Posts: 95
Joined: March 2015
Audience score still drop :

dormouse7
Posts: 2577
Joined: June 2016
I think with all of the hype (especially the See it on a big screen hype), a lot of people will go to see Dunkirk in cinemas who normally would not go to see a war/suspense film (or even a Nolan film) in the cinema. There are probably lots of expectations that are not going to be fulfilled.
hasanahmad
Posts: 392
Joined: December 2011