Cilogy
Posts: 26284
Joined: February 2010
Location: Texas
Contact:
Contact Cilogy
Website
I know Bulgaria is having a lot of problems with an epidemic of insanity, so perhaps that's at play a bit.

Bacon wrote:prince is joking though.

All those shots of Branagh looking into the sky, I kept looking for the batsign behind him.

Change my rating to 4.8 Virgo.

Came back from a second viewing.

Master Virgo
Posts: 12856
Joined: February 2011
Alternatively I can delete you and Prince's posts and we will all pretend that you two don't exist.£

RIFA
Posts: 21411
Joined: June 2010
Location: All-Hail Master Virgo, Censor of NolanFans
I don't know about Prince but I can say the second viewing sealed this movie's fate for me. The replay value is horrid.

Only better than Insomnia. 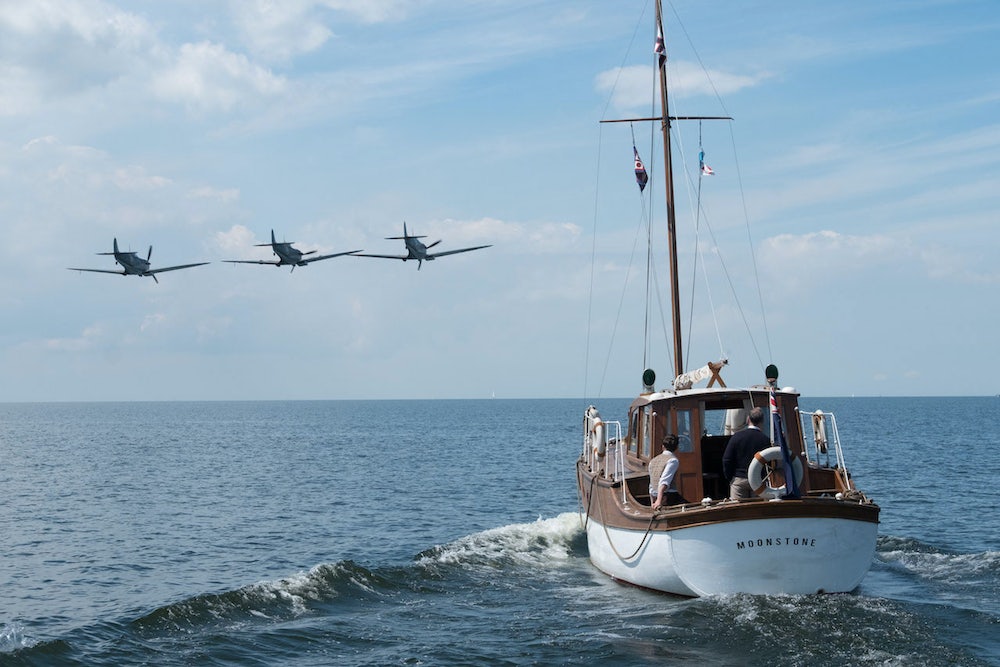 Dunkirk is the first film by director Christopher Nolan that is on the mastery filmmaking level equal to that of our greatest cinematic legends: Lean, Ford, Kurosawa, Kubrick, to name the few. That thought was very clear in my mind somewhere around the first quarter of the movie, and it literally made me smile, this widest grin on my silly face. Of course, I continued being utterly amazed by the precision mechanism that was the driving force of the spectacle, also completely terrified by the events on the big screen (thanks a lot, Hans Zimmer). Dunkirk is superbly edited and, finally, Nolan here manages to pull off that perfect synchronization of time and space. He's been playing with ticking narrative bombs and perspective ever since Memento, and Inception, along with Interstellar, were his most recent examples of how to make it work on a grand scale, whereas The Dark Knight Rises often went in another direction, by doing it the the right way only sporadically. Fret not, in Dunkirk everything, almost frighteningly, works. And not just that, it's elevated to a completely different level, we are now witnessing the birth of a new era for Christopher Nolan. Dunkirk might be his 2001, Lawrence of Arabia, Ran... Zodiac. Whatever comes next (please be Bond in a not so distant future) is expected to meet the newest challenge face to face. I won't talk about the stuff you folks have already talked about for over a week now, how the characters are in service of a grand theme, and how there are no immediate favorites because everyone did their best to deliver the most sincere human flaws, and heroics. But I will say this: Farrier is the best Spitfire pilot ever and easily wins the show and you know it tra-la-la-la.

So many beautiful and unexpected moments in the film, both in the script and visually; Hoyte van Hoytema is a serious rival to Deakins this year. There are at least a dozen moments where I literally gasped in awe of the scenery, especially during knuckle biting dogfights. The fact that you don't even see the enemy but still feel them breathing right there near the end of the frame was a truly inspiring choice that will make quite a few seasoned filmmakers jealous this year, I'm sure.

I also feel like this film gave me everything during my first viewing and, unlike literally every other Nolan movie, it's already deeply imprinted in my brain. There's no sweet mess and ear buzzing, the need to immediately watch it again just to connect the dots. Instead I only feel this strange serenity. Perhaps it's what happens when you go to cinema with zero expectations and leave the seat not just completely satisfied with the outcome, but also proud that one of your favorite directors, for a lack of better term - 'has reached supersayan form right before your eyes'.

*of course it's a perfect 10 don't be ridiculous, no decimals for me with this one

Sanchez
Posts: 2163
Joined: January 2016
Location: Norway
Just got back from my 2nd viewing. This time I was able to enjoy the scenery and images a lot better, and was able to at a much higher level appreciate the effort they made into doing all of this in-camera and without CGI. Also the sound experience was doubled, and it made me smile so damn hard everytime someone in the audience jumped a little bit from the out-of-nowhere gunshots and stuff.

And I have to say, a couple of those aerial shots, especially the ones with Hardy flying over the beach towards the end, were some of the most beautiful things I've ever seen on film. Technically and visually it's a flawless masterpiece.

Story wise I have to say it lacked that little extraordinary piece, which I found in films like Inception and The Prestige, and I don't think Dunkirk has the same rewatchability as those. Obviously I could be wrong, but time will tell I guess. Inception literally kept me up at night, Dunkirk hasn't done that (so far). Allthough both have definitely challenged me into thinking differently about the entire film genre.