I agree 100%. I expected there to be something... ANYTHING.... from it that warranted its sweeping wins this award season.
But no...
Then again I expected the same out of Del Toro's directing, and was VERY disappointed and left thinking "this is it? THIS is what's going to win the Oscar? Are you serious?"

Here are your nominees for Best Acting Ensemble. #TFSAwards
https://twitter.com/TalkFilmSoc/status/ ... 6097276929 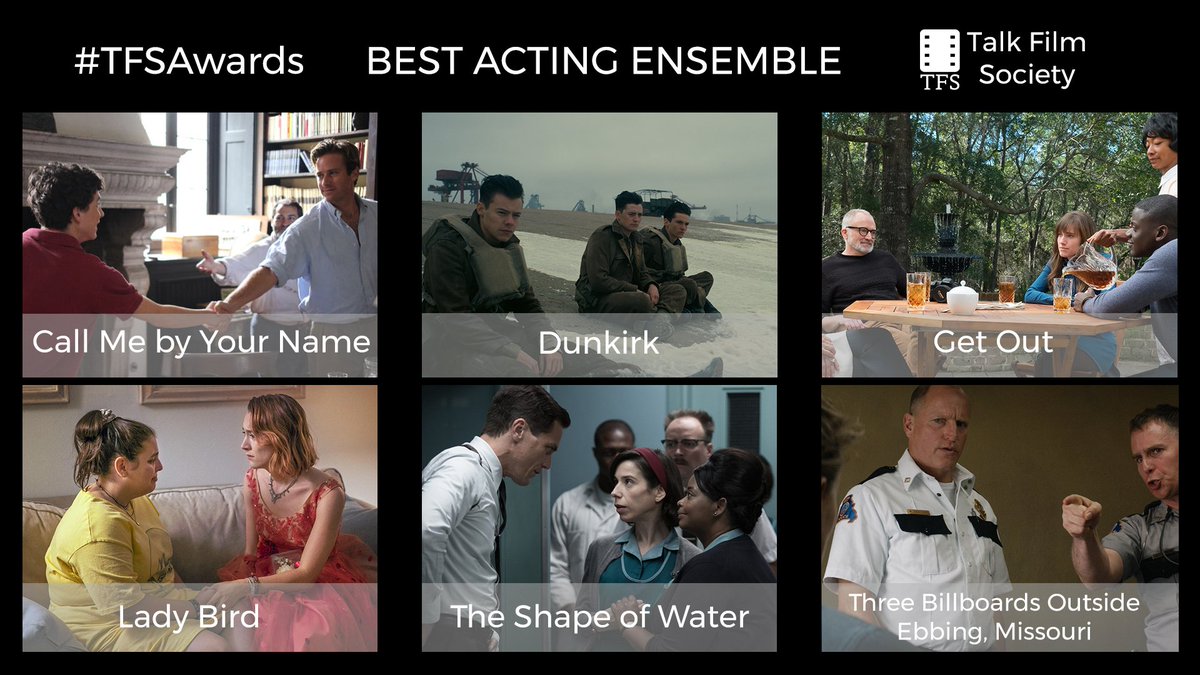 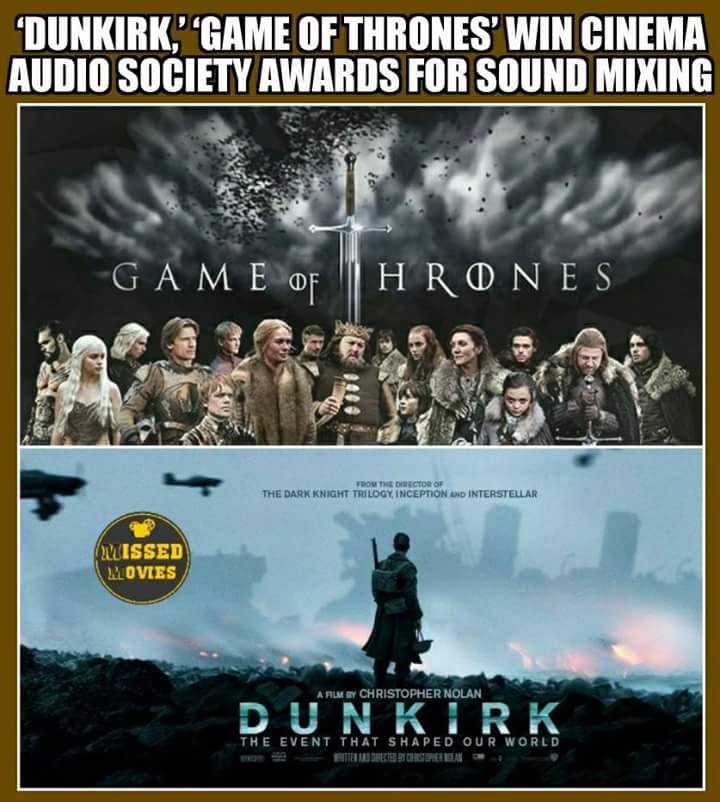 Totally agree with giving other people a chance. But LOL at lumping Nolan with Spielberg as someone who has been "rewarded a lot in the past."

Master Virgo
Posts: 13105
Joined: February 2011
Spielberg has not been rewarded enough in the past.£

Sanchez
Posts: 2175
Joined: January 2016
Location: Norway
Not for his directing. Although he is the person with the most PGA wins and noms by far. With those and his Oscar/DGA wins, he has like ten times more awards than Nolan in the major awards.

But Nolan only has fucking one lol
nightfury93
Posts: 356
Joined: November 2014

Sanchez wrote: ↑
February 26th, 2018, 2:32 pm
Not for his directing. Although he is the person with the most PGA wins and noms by far. With those and his Oscar/DGA wins, he has like ten times more awards than Nolan in the major awards.

But Nolan only has fucking one lol


Question... with all the rules changes to the Academy recently haven't there been some changes to how many voters there are, and who is given membership recently?

If so... do you think that's having an impact on Dunkirk's snubs?

Sanchez
Posts: 2175
Joined: January 2016
Location: Norway
We don't know how many members in total they have exactly because they won't tell, but we know they invited a lot more members than usual this year, and that they have seemed to be more diverse in who they pick, getting more coloured people and also younger people than usual. With that change and the preferential bailot voting system which is also fairly new, upsets can definitely happen.

Nobody predicted Moonlight winning last year. But it did win more stuff than Dunkirk and was also the number one best rated movie of 2016 and got writing and acting awards as well. So it had more going for it.
xWhereAmI?
Posts: 3551
Joined: January 2011
Location: Here?
Sadly Dunkirk is 100% a Best Picture, but it wont win because films now are considered better outside of what they are. If a film tackles anything social, it's ranking just sky rockets. We are in an era where they don't really care about what a "Best Picture" is filmmaking wise.
Post Reply
1296 posts