Tarssauce
Posts: 2650
Joined: December 2016
Yup. Banning the movie is one thing but pretending it doesn't exist is something else

. But I kinda get it though, these were the only Nolan movies that were released in IMAX there, hence they didn't include The Prestige.

The good thing is China didn't get offended enough to ban Nolan/his other movies. I honestly don't know what's so offensive about the whole Hong Kong thing.

MuffinMcFluffin
Posts: 1287
Joined: May 2017
Location: Elk Grove, CA
I figured they would have loved it given that they filmed there.

dormouse7
Posts: 2577
Joined: June 2016
China: Poster showing some merchandise. I can't read Chinese (except for a few character) so I don't know if this is contest merchandise, attendance merchandise or purchasable merchandise. 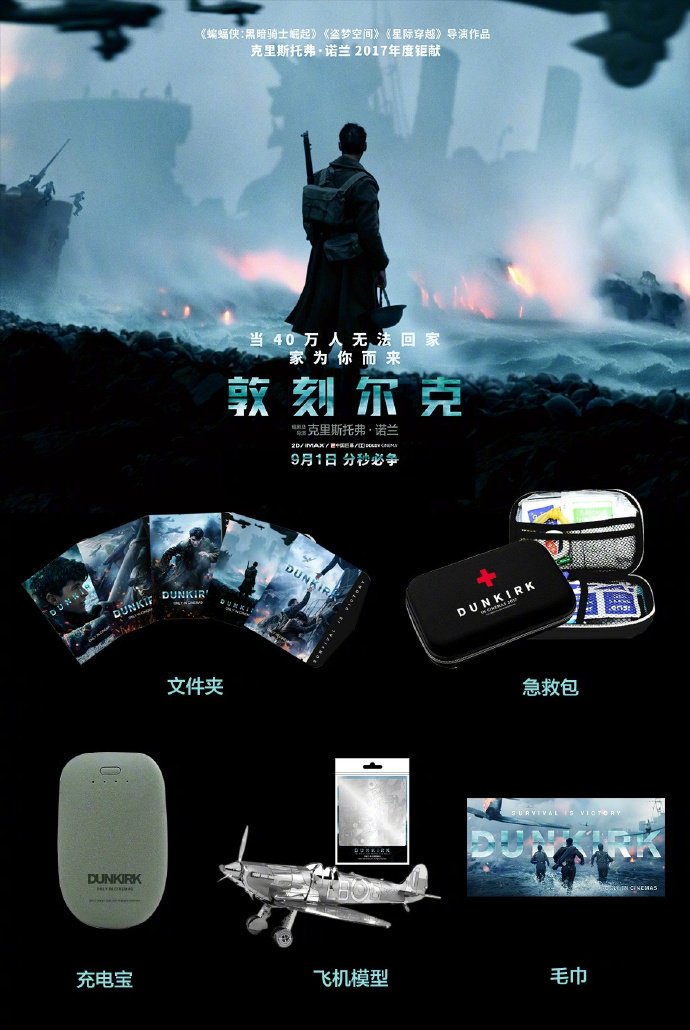 Such a random assortment, wouldn't mind having some of them though. This one was posted on official Dunkirk facebook site, almost the same so Ill spoiler it:

Such a random assortment, wouldn't mind having some of them though.

Those are files/folders, not posters.