Willem
Posts: 2613
Joined: January 2016
Location: The Netherlands
Wow, that last picture! Why didn't they use it as a poster...? It's incredible.

ChristMAX
Posts: 360
Joined: May 2017
Location: Catching this Bullet
Not to mention it actually looks like 400000 men stranded on the beach

Look what came in the mail today

Look what came in the mail today 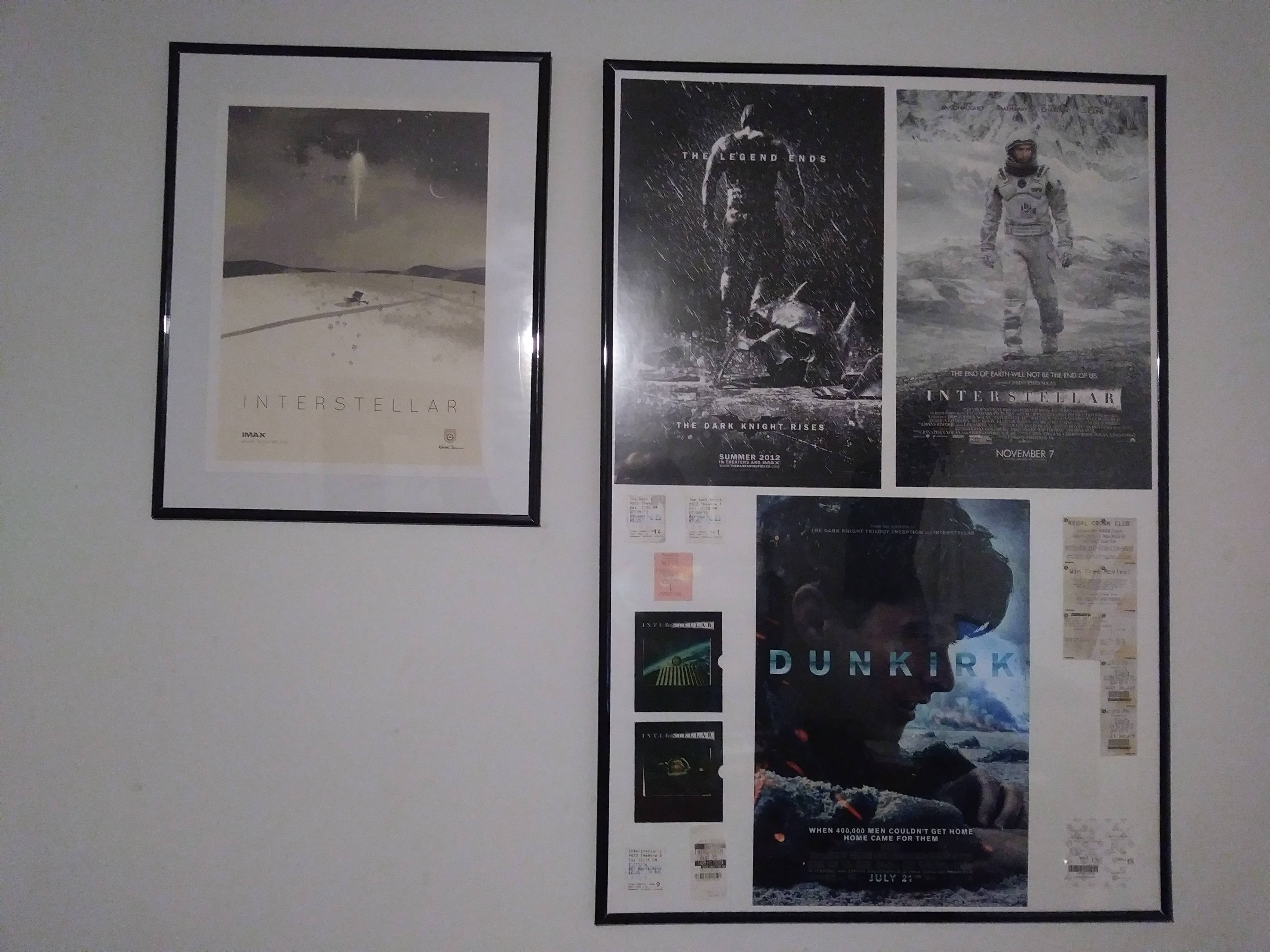 I have the same interstellar poster as well! I got mine signed by Hans Zimmer himself

I work at the movie theater so I have like 4 Dunkirk posters now... the giant IMAX one is awesome though.

Bacon
Posts: 26145
Joined: June 2011
I have the theatrical TDKR poster from a cinema (it was a friend's Christmas gift to me) but idk how/where to hang it up since it's so giant lol
Post Reply
1024 posts