The 2017 World War II thriller about the evacuation of British and Allied troops from Dunkirk beach.
Post Reply
429 posts

MuffinMcFluffin wrote:I know it's the unpopular opinion, but I'm making a constant 2.20:1 aspect ratio Blu-ray disc for myself. Did the same for TDK, TDKR, and Interstellar.

However, the previous three were center-cropped, and left a few issues in some shots. I am going to go back and adjust-crop literally every single shot of every single film. It will be a long two-week project to do all four films, but my passion is equal to the task.

Using the digital code provided with my copy of Dunkirk, I got the movie on the Google Play Store, which is fully cropped to 2.35/1. It definitely doesn't look better, by the way.

But I don't like the switching. The only forgiving film to have switches so far has been The Hunger Games: Catching Fire: consistent at 2.35:1 for the beginning of the film, and a slow transition into the arena sequence at 1.78:1 the rest of the way... until 2.35:1 again for the final scene (and if they switched from a full black screen to that instead of a full white screen, it would have been just as subtle as the first one they did.

Note that I am referring to the home video release only. Give me the switches for 70mm IMAX, as Nolan had intended for it to be seen. The Blu-ray switching is a nuisance.

dormouse7 wrote:FYI - for US people (Moviesanywhere is for US)... I just redeemed my Blu-ray/DVD/Digital Dunkirk's digital copy at https://moviesanywhere.com/ and now my HD digital copy should be available to me at Moviesanywhere, Amazon, Google, iTunes and Vudu. At Moviesanywhere and Vudu I now also have the special feature videos. Amazon and Google Play seem to just have the movie. I didn't check iTunes.

That gives me a lot of options for streaming and online viewing.

Do any of the digital versions fill the screen for all of the IMAX scenes? Or is the entire movie cropped with black bars?

dormouse7 wrote:FYI - for US people (Moviesanywhere is for US)... I just redeemed my Blu-ray/DVD/Digital Dunkirk's digital copy at https://moviesanywhere.com/ and now my HD digital copy should be available to me at Moviesanywhere, Amazon, Google, iTunes and Vudu. At Moviesanywhere and Vudu I now also have the special feature videos. Amazon and Google Play seem to just have the movie. I didn't check iTunes.

That gives me a lot of options for streaming and online viewing.

Do any of the digital versions fill the screen for all of the IMAX scenes? Or is the entire movie cropped with black bars?

I don't think I have a way to tell. Our TV is a squarish 32-inch tube TV, everything connected to the system plays through an older receiver and nothing is HDMI - all analog. Can I tell watching on a laptop?

Played on laptop from moviesanywhere, fullscreen, the catching leaflets scene AND the final scene inside the train are both about 2.18:1 with slight bar top and bottom.

Laptop from Google Play, slight bar top and bottom, about 2.18:1 for both the leaflets and train scene.

MuffinMcFluffin
Posts: 1210
Joined: May 2017
Location: Elk Grove, CA
Now that I'm home from traveling, I was finally able to properly watch this Blu-ray with my home theater system.

I put it at -6 db for the opening scene, and holy fuck.

Once all of the gun sounds ended, I heard a car alarm going off outside. No, I don't think the sound from the film had anything to do with it, but the coincidence was hilarious.

However, when I peeked out of my blinds to see whose car it was, I was greeted to a crack in my window, arched from top to bottom.

Now, I never open these blinds so I don't know how long that crack has been there, but I wouldn't doubt that my system hadn't caused that at one point or another, even if it was right after playing that scene (the LFE from the guns was very impactful). Take a look: 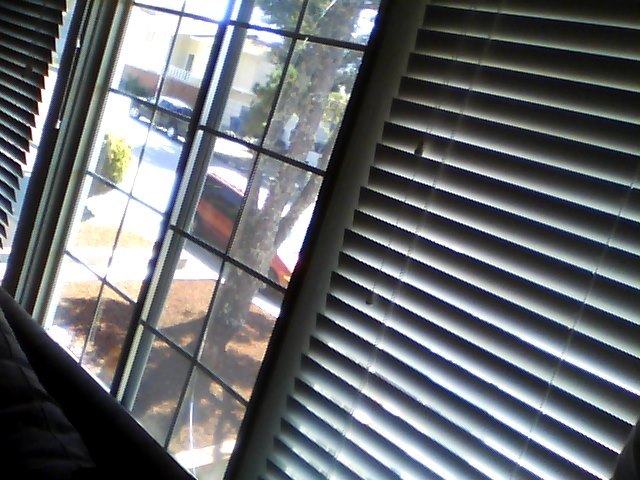 After that, I decided to watch the rest at -12 dB for safety.

Pretty much done also with the re-framing of TDKR, then I'll have to re-encode it, mux it and burn it to disc. I haven't started on TDK or Interstellar, except with the talk of the UHD having the proper theatrical color timing on TDK I am trying to match that timing (I'm doing it alongside the trailers, if that's the proper coloring), and it makes me antsy to perhaps do that for BB and TDKR as well so they all have the same color scheme, with more of a blueish/tealish tint going on.

Regardless, I know I'm in the minority with not liking the opening of the IMAX shots, but I'm glad I do have this alternative for myself.

Oku
Posts: 3551
Joined: May 2012
Since the majority of Dunkirk is IMAX (unlike The Dark Knight films or Interstellar), why not crop the sides of the 2.20:1 scenes instead

okungnyo wrote:Since the majority of Dunkirk is IMAX (unlike The Dark Knight films or Interstellar), why not crop the sides of the 2.20:1 scenes instead

I honestly thought about it, but I wondered how much the quality would diminish if i tried it. On the topic of quality, the problem is that the source I'm using it from is already at a locked resolution of 1920x1080, even though 65mm is capable of so much more.

So the real question then would be why Nolan & crew didn't do this for their own Blu-ray, since they could still make those shots look every bit as detailed as they are right now. I think that alone answers the question why I never really put full consideration into doing it.

I didn't know what information I'd be missing on the sides if I did. With the IMAX shots, they make sure to have a "safe zone" on top and/or bottom of every single shot. The same can't be said for the sides of shots. Not to mention that I'd be missing more information zooming in on the sides than just cropping the top and bottom (230 columns of pixels lost on either side while zooming in versus just 104 rows of pixels cut off on top and bottom for my current crop job).

Then again, I didn't actually try it, so maybe I'm just talking out of my butt right now. I could make two versions, in that case. It is not at all out of the question. However, it would require a whole new set of me going through every shot to see what I would need to do for each and every shot. But as you said, there are so few shots I'd need to do it with all the same. I just don't think I could take the hit in quality, though. If Nolan didn't muster enough to do it himself, even for the digital copies... he must have done it for a reason (besides preserve the original AR to the best of his abilities).
Post Reply
429 posts