Christopher Nolan's 2014 grand scale science-fiction story about time and space, and the things that transcend them.
Post Reply
188 posts AsianVersionOfET
Posts: 4090
Joined: May 2014
Location: [insert non-spoilery location here, that wasn't a spoiler to begin with]

Hustler wrote:You win, Vader. I caved and bought one on eBay. This is one of my favorite shots in the movie. At least as far as non-space shots go, that is. (not my hands by the way) Here are my other two as well. Doyle smiling in artificial gravity and my original cell that I was so annoyed with. Still, some people got much worse. This thread contains quite a few that people have posted. A couple people even got a title card shot with "INTERSTELLAR" over the book case. That would be a prize to have. http://www.reddit.com/r/interstellar/co ... read_post/
Also, quick question. Are we to assume that only one IMAX reel was cut up? As in, no two people could have the exact same image? Just curious.

I love that! Good buy.

natalie
Posts: 3830
Joined: August 2009
Location: a galaxy far far away
Not the best quality but great image as well. 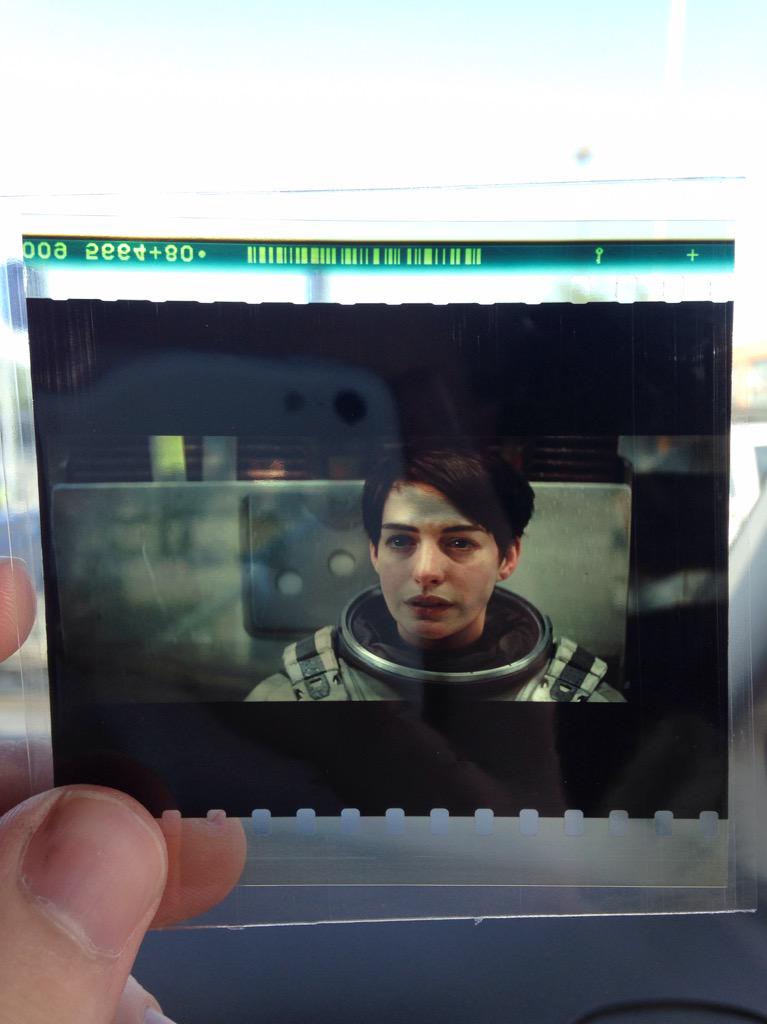 but here is my picture.. Wormhole on top

but here is my picture.. Wormhole on top