chee wrote:
I thought it was confirmed when the news came out that Nolan is rewriting it.

I see, but a lot of scripts have been said to be Nolan's next project for a while and never happened... Huges, the keys to the streets and others. We just need official confirmation to the news.

Huges project was cancelled because of Aviator and Nolan used elements from it in TDKR.
For all we know, he might have been in talks or working in the script for past few months.
gib sigs 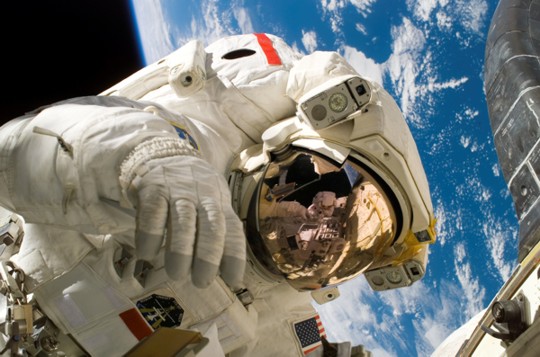 He will shoot in space.

MiracleSleeper wrote: He will shoot in space.

Most expensive Film ever?!

MiracleSleeper wrote: He will shoot in space.

Most expensive Film ever?!

They did something similar for Apollo 13. They took a plane so high up that there was barely any gravity.
blueberryicedcoffee
Posts: 16
Joined: February 2012
It'll be interesting to see how Nolan pulls off the visuals in this movie. Kubrick wasn't known for his special effects work before 2001: ASO, but then that movie had groundbreaking SFX. When i think of incredible visual work, i think of James Cameron, Ridley Scott, and Peter Jackson. And i hope Nolan doesn't shy away from using CGI in this. I want to see what his visual eye is truly capable of, unlimited by practical effects. I hope it looks something like Prometheus, which i think is the most visually impressive movie in the last decade. So pumped to see what he comes up with!

They did something similar for Apollo 13. They took a plane so high up that there was barely any gravity.

They may go with use that trick (which is really more about how the plane's falling than how high up it is), but Inception demonstrated that's not the only way Chris can do zero-gravity scenes.

OVERMAN
Posts: 3196
Joined: April 2010
Location: We can't stop here, this is Bat Country!
lol, if they announce they're going to shoot the movie in space I'm gonna wet my pants, automatically.