The 2012 superhero epic about Batman's struggle to overcome the terrorist leader Bane, as well as his own inner demons.
Post Reply
1915 posts

zonda
Posts: 578
Joined: March 2012
Location: Karachi, dream level 4, Arkham Cell # 528491
Does anyone have this in a single gif? larger size will be appreciated. Thanx

I love the batman/bane punching gifs. anyone has the punches in a single gif?

These things are just too fun to make. I hope im not freezing a lot of peoples computers though

Love it. Love how he ditches his hostage and thus gives up his own protection. Total badass.
My Bane origins saga: http://www.nolanfans.com/forums/viewtop ... 16&t=11993

Queen of Hearts
Posts: 1546
Joined: May 2012
Location: Missouri
Oh Dear God...with all these Bane gifs I seriously do not know what to do with myself..these are epic..and hot!;-) Thank you all who have posted them!

Ah, yes...the tear that won the hearts of a million fangirls. I've seen this .gif in black & white and in color, and the B&W really captures that tear best.

I have that one on my Tumblr.

God, this one just kills me. Not just panic on his face but agony. And the angry/agonized sound he makes at that moment, too. 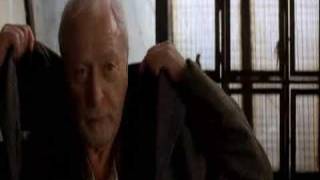