The 2012 superhero epic about Batman's struggle to overcome the terrorist leader Bane, as well as his own inner demons.
Locked
6243 posts
sallygucha
Posts: 736
Joined: May 2010
I have a strong feeling that THE DARK KNIGHT RETURNS is gonna have a strong influence on THE DARK KNIGHT RISES.
cchriswake
Posts: 518
Joined: July 2010
Location: Santa Monica
Villains who may appear in small roles and their roles in The Dark Knight Rises 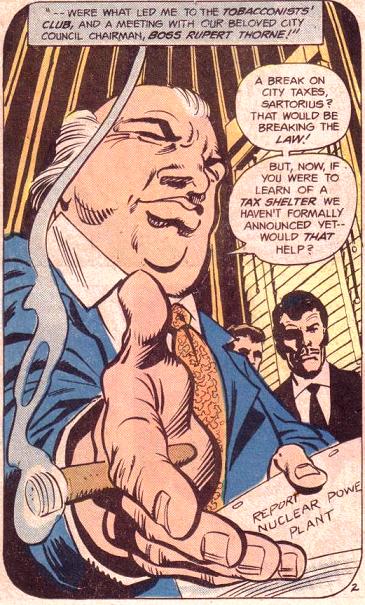 Tony Zucco: Small time mobster who directly led to Dick Grayson becoming Robin by killing his parents. In TDKR he can be just a hencemen for a bigger character neglecting his importance in the hand of the creation of Dick Grayson's future.

Floyd Lawton aka Deadshot: Often a hired assassin, regularly boasting to "never miss." He is capable of using a large variety of weapons, but prefers using a pair of silenced, wrist-mounted guns. He is most commonly associated with the Suicide Squad, although he is also a regular member of the Secret Six. Can be used as a hired for gun/bodyguard for the mob or an independent contract killer. (*one of my fav. characters ever but I see little to no chance of seeing Deadshot appear in any Nolan film, plus he also appeared recently in Gotham Knights and on Smallville)

i wanna see the black mask do this in the movie, if hes in it
cchriswake
Posts: 518
Joined: July 2010
Location: Santa Monica

I would very much like to see that happen cause it's one of my fav. stories and best written... but I'm betting even the smallest nod won't fit.

Reasons:
1. It is an elseworld's tale, which means it is out of continuity with the New Earth/Post Crisis/Earth-0 Batman that Nolan drew heavy plot points from.
2. It features a predominantly older middle aged Batman who comes out of retirement.
3. The two main adversaries are also near death or decrepit from age.
4. It was written in the Reagan era of the 80s which was drastically different from the times of today. Plus history shows that the current film audience aren't critically interested in stories that are supposed to take place in yesteryear. (Superman Returns trying to emulate the 70s Christopher Reeve Superman? The Watchmen. The upcoming X-Men first class, which is supposed to take place in the 60s-70s will learn this lesson next year)
Vagrant
Posts: 26
Joined: August 2010
I think Old!Batman would draw in a great crowd. Because unlike the other movies you mentioned, Old!Batman is a visibly striking and obviously different take on a popular character. I think many people would go to see it simply on that fact. Curiosity.

Personally, I'd just love a movie entirely based on The Long Halloween. A stand-alone film, no tie-in to anything else, just Batman being a really proper detective. Yes, it has the issues of the plot already being known, but is that really an issue? I would did realistic Detective!Batman.
James
Posts: 816
Joined: June 2010

cchriswake wrote:sorry but this was my day off and I had a LOT of things on my geeky mind AND this is a three parter
so here... we... GO

*btw I know there are hardcore Batman fans but I just felt like I needed to explain for those who want to be invested in the character even more and those who haven't read comics but wished to start.

BATMAN BEGINS
Starting off with Begins' Chris and company acknowledged that there were a couple of stories that influenced the plot and praised the character's near 70 year history in the comics. With the mob established and a near poverty ridden Gotham it's obvious the main points were lifted from the modern age, which to those who aren't nose deep in the comics, is when DC essentially rebooted the franchise and pretty much the entire DC universe in the huge event called Crisis on Infinite Earths. This event in 1985 made way for characters to split from their history from the golden/silver ages to the modern era thus the Batman from 1939-1984 are now known as the Batmen of Earth 1 and Earth 2.
I'll only detail Batman's history and arc as he is the character of question.
So with the new era upon us DC asked Frank Miller to reboot Batman's origins in detail in the famous and fantastic Year One' story which ran from 1986-1987. This is the starting point for Batman's history in the modern age and is pretty much the definitive origin for the character.. now, we know that Chris Nolan said this was a major factor in plotting Begins' and he wasn't lying. There are many elements from Year One that can be seen in Begins.
Some examples from Year One that you may recognize

if you bought the DVD deluxe set then you probably got a copy of The Man who Falls' which is the short origin story that is set before Year One but in real time released later. It still has the elements that were in Begins' such as Bruce foregoing College to go overseas and travel the world in search of himself, his meeting with Henry Ducard, and his first night out which goes poorly.

Batman and the Monster Men and its sequel Batman and the Mad Monk are great stories set right after the events of Year One and they are fantastic. They set the debut of Hugo Strange and Julie Madison but the importance of these stories are the ever growing mob/crime families like the Falcone's and Maroni's and they're also excellent for setting up the character of Bruce Wayne as he realizes that he can't live a double life and must put on Bruce Wayne as an act to mask his true identity (as Batman which Christian Bale so excellently portrayed in the birthday party scene). These stories also hallmark the tactics that Batman uses in instilling fear in his enemies.

The Dark Knight
Ah... Batman is already established and well known throughout the criminal fraternity. The obvious choice here is the Jeph Loeb/Tim Sale crime epic called "The Long Halloween". This story is important for many things: It creates the partnership of the 'Big 3' with Batman, Gordon, and Harvey Dent making a pact that they will do whatever it takes to rid the city of mobsters who have come to inhabit it, but they promise to do so without breaking boundaries (i.e killing). This poses a problem as there is a serial killer on the loose who is called Holiday, appropriately because he/she kills only on a holiday. It's a great story which parallels exactly what Nolan's Dent goes through on his way to being Two Face where Batman feels his biggest failure is allowing Harvey Dent to cross over to the dark side fully.

It's also important because the story begins highlight the rise of the "freaks" such as the Joker in Gotham ever since Batman's debut which has city officials arguing that they exist because of Batman.

Other works that influenced The Dark Knight

Batman: Journey into the Knight #1-6: Bruce becomes majority stockholder of Wayne Enterprises... and promptly uses the board meetings to catch some quality sleep

The Man who laughs: This is where Joker makes his debut without warning and kills off noted residents left and right while announcing his crimes beforehand(!)

Batman the Killing Joke: The big one where Joker makes out to ruin the lives of Batman and Jim Gordon

Batman Confidential #22-23 - "Do you understand these rights?": This is the story where it shows the true power of manipulation The Joker has in terms of having people do his bidding and turning good people into desperate ones who do bad things.
Batman Gothic: A great story by Grant Morrison that shows the fine crime solving detective aspect of the Dark Knight and shows his prowess as to finding clues to unravel a supernatural mystery.
Legends of the Dark Knight #21-23 - "Faith": The Bat-Men, a vigilante gang influenced by Batman's brand of justice, become increasingly more radical and violent. Batman is forced to publicly shut down the group after its leader executes a drug dealer.
Dark Victory: The official follow-up to "The Long Halloween". It's an epic and lengthy tale which begins in August and includes a newly appointed Commissioner Gordon, a newly appointed D.A. Porter, an escaped Two-Face, the death of Det. Flass, a host of rogues, and yes, the comic book debut of Chief O'Hara. However... this is the story that has Dick Grayson making his debut and shortly after training becomes Batman's partner Robin.

I'll be back shortly after eating to discuss where Batman 3 can go from here when it comes to drawing inspiration from the comics as Nolan sees fit.


wowwwwwwwww havent read all this yet but cant wait:) thanks mate
BatMotor
Posts: 2512
Joined: November 2009
Wow Talia looks good on that picture,make me wants too she her in Batman 3,but probaly wont happen.
Those pictures with Black Mask and Catwoman are super also,could be made in film.

kanjisheik
Posts: 1887
Joined: July 2010
Location: New Delhi, India
Contact:
Contact kanjisheik
Website
Awesome thread, cchriswake! I am a huge fan of DC Comics (especially Vertigo) but I tend to read only the TPBs and OGNs - thanks for updating my knowledge of the Bat villains. Keep up the good work.

James
Posts: 816
Joined: June 2010
I really want to see a strong detective movie on a grand scale. I would really like to see Firefly as just a pyromaniac with a flamethrower(s) who wears a fire retardant suit (without a mask?) due to his body being covered in burns. He's in and out at frequent bouts in Arkham, and maybe even commits crimes using lights, mirrors and fire. Id like Matt Damon to play him, I cant get him out of my head in that role. He could play it so well as a guy who knows he has problems(hes a pyromaniac) but just wants and needs to get his fix. He'd play the average guy so well.