The Oscar Nominated writer and director to whom this site is dedicated.
Post Reply
128 posts

TeddyBlass
Posts: 3933
Joined: January 2009
Location: Cupertino, CA
Contact:
Contact TeddyBlass
Website
Introducing a sticky thread meant for Christopher Nolan news, perhaps unrelated to any projects, only. Updates and links to the source article/tweets can be posted here, thus notifying the forum there are new tidbits, and then links can be entered to the appropriate discussion topics.


Same rules as other Update Threads


1. Only new updates may be posted.
2. No duplicate updates.
3. No discussion/comments.
4. Link to the original source of the update.
5. If appropriate, link to the respective discussion thread at the end of the post. 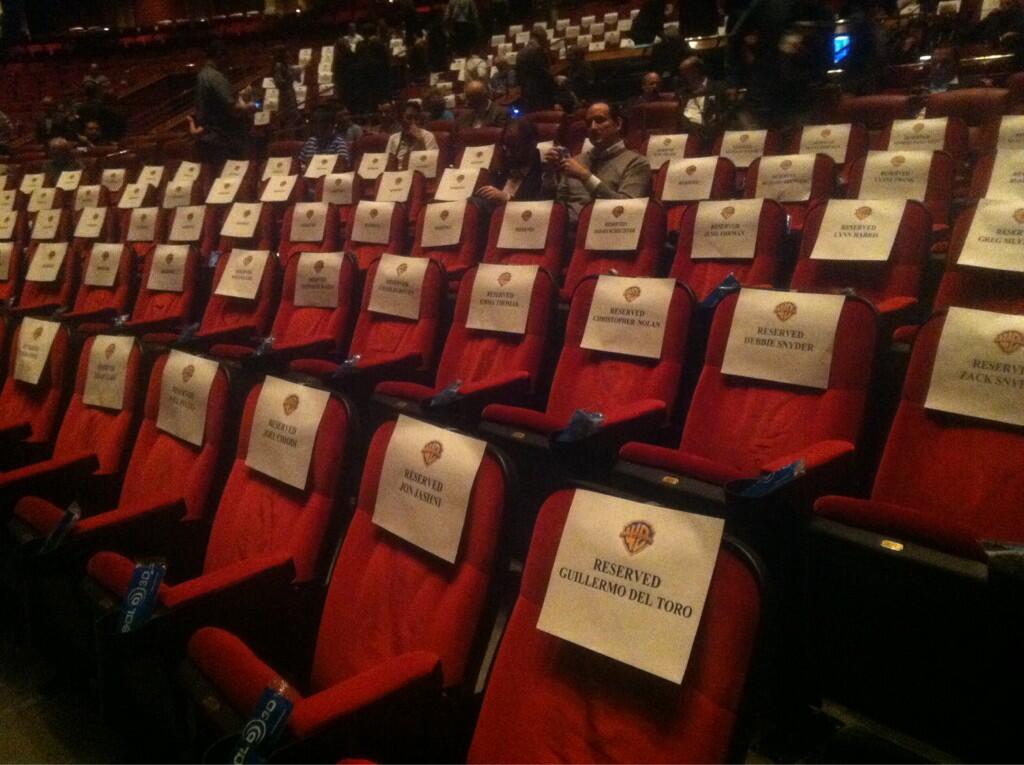 Nolan on the decline of film:

Still, there are holdouts, among them director Christopher Nolan, who remain committed to the film experience. Nolan simply isn’t satisfied with the quality of digital projection at the current standard, 2K resolution, which has only slightly more pixels than high-definition TV. “I think at a point where studios try to force theaters into converting by actually withdrawing film prints, that’s a very dangerous situation,” he cautions. “Because it means the vast majority of theaters will be showing something that frankly isn’t much better than what you can get in your house.”

Nolan maintains that 35mm prints offer “a depth to the image that digital formats don’t have. “You’re allowed to be in the world that is being projected in a profound way,” he says. “And, it’s what’s always distinguished the theatrical experience from the home entertainment experience.”

For Nolan, the focus on costs is misplaced, even if the savings from digital are real. “This is a professional format. This is about putting on a show,” he says. “It shouldn’t be about the cheapest, the most convenient, it should be about what’s best.”

“Digital (has) a certain level of consistency that sometimes didn’t exist because film prints are physical, they get beat up and sometimes are not replaced on a proper schedule,” says Stephen Lighthill, president of the American Society of Cinematographers.

But Nolan doubts that advantage means much. “The multiplexing of the past 20 years has meant that prints don’t stay in movie theaters very long anyway,” he says, “so that’s not anything like the issue it was 30 years ago.” Still, prod a movie pro, and you’re likely to hear some tale of woe from a recent 35mm showing at a multiplex: purple fog from a safe light in the lab, a scratch through an entire reel, or worse.

“(Film) has an immersive quality, and frankly, a feel to it, a romanticism if you like, that hasn’t yet been equaled by any form of digital projection,” says Nolan. “There’s a depth to the image that digital formats don’t have.”

Despite their varied feelings about digital cinema, Scorsese, Nolan and Landau share a common concern: What will happen to more than 100 years’ worth of movies that live only on film? Without film, will cinema dissect itself from its own past?

“I think the answer is making sure as an industry that we preserve the infrastructure needed to continue to show library titles as they were created by the filmmakers of the past,” Landau says. He argues for keeping 35mm projectors in many projection booths, and for keeping enough film stock around so that new prints can be struck when needed. (Fujifilm set aside a considerable reserve before it discontinued its film operation last month.)

Nolan agrees: “Even if it’s not the revenue driver for (the studios), it’s incredibly important that film fans get to see films they love from the past in a theatrical setting.”

The fallout continues from Dan Aloni’s firing from CAA and move to WME last year. On Tuesday Dark Knight director Christopher Nolan sought to get his legal action against his past and present agencies dismissed so the parties can go to arbitration. Nolan’s lawyers filed the paperwork in LA Superior Court to dismiss the commissions suit he launched against CAA and WME last September without prejudice. The next step is for everyone to go before a trio of judges on an arbitration panel, A case management hearing has been set for next week to move the matter forward. Nolan’s suit last fall erupted over which agency pockets his commissions. The director, his wife Emma Thomas Nolan, and their production company Syncopy filed the suit to end any potential threat that they themselves could be sued by either CAA or WME over the money. They requested the court to determine which agency they were supposed to pay the 10% commission from deals struck between late 2005 and early 2012. The Nolans said in the suit that they “are ready and willing to deliver the Commissions to the party who is legally entitled to receive them.” After exiting CAA, Aloni joined WME as a partner in March 2012 and brought over all his big clients including Nolan, David Dobkin, Mike Myers, Jay Roach, David Goyer, Tom Shadyac, Michel Gondry, Raja Gosnell, Mandeville Films and more. The agent himself is still involved in a $5 million legal action against CAA over bonuses and vacation pay. That dispute moved to arbitration in late 2012 and is to be heard later this year.

Christopher Nolan has been approached to direct the next 007 movie.
It’s early days, but informal talks have begun between Nolan, his representatives and the powers behind the James Bond pictures, Barbara Broccoli and Michael G .Wilson.
Nolan, who made the Batman trilogy Batman Begins, The Dark Knight and The Dark Knight Rises — and had time for Inception in between — would be a cool choice after Sam Mendes decided not to shoot Bond 24.
Following the amazing box-office and critical success of Skyfall, Mendes was close to saying ‘yes’ to the next instalment, but had to withdraw because of his theatre commitments Charlie And The Chocolate Factory and King Lear with Simon Russell Beale at the National Theatre.
Also, a lot of unconfirmed chatter has started about Mendes running the National Theatre once Sir Nicholas Hytner steps down in March 2015 after a glorious decade at the helm of the theatrical powerhouse on the South Bank.
There are all sorts of reasons why Nolan might not want to do the next Bond film, though he is known to be an admirer of Bond star Daniel Craig.
For starters, he’s in pre-production of his own next big film, Interstellar, with Anne Hathaway and Jessica Chastain, and he might prefer not to go straight from one huge production into another.
But as one of my Bond experts commented: ‘It does no harm for Broccoli and Wilson to talk with Nolan, even if nothing happens this time round.’
Mendes told me that there would be at least a year to 18 months of pre-production preparation and then six months of filming involved in Bond 24, and the producers want to shoot the follow-up soon after.