Vader182 wrote: ↑
August 13th, 2020, 2:51 pm
Not to mention, I have a weakened immune system. So do I go? If so, when do I go? I'm currently planning to wait for a mostly vacant theater in the early morning or very late night, but honestly, I'm not sure about it all. Should I go earlier? Later? Not at all? Still do not know.

I would say choose a less crowded time and go. My brother is in a similar situation and works for Nordstrom has been thrown into the biggest sale of the year around hundreds of people all day for the last month. Approach it as safely as possible but don't deny yourself the things you love. I will be going opening night for sure.

Ruth
Posts: 8372
Joined: August 2012
Personally, I’d probably go for the earliest screening of the day possible. Not only the crowds are lesser, but let’s say, if you catch the first screening of the day, theoretically the chances of the entire place being properly cleaned up and ventilated are bigger in the morning, rather than late at night.

Tarssauce
Posts: 2645
Joined: December 2016
From my experience, definitely go to the earliest screening. Morning shows are way less crowded than evening shows. Super late shows are a 50/50 depending on location, movie and weekday/weekend.

As I stated earlier, I’ve seen INCEPTION multiple times but seeing it in a theater was like seeing the movie for the first time. I didn’t think I could possibly love it more than I already do.

Pratham
Posts: 13914
Joined: May 2010
Location: Mumbai
In my experience there aren't any less crowded showings of Nolan movies. For the first 2 weeks at least.

People buy the tickets for the front row seats in IMAX and watch his movies sitting like this: 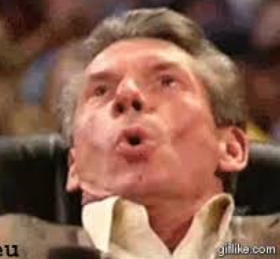 Vader182
Posts: 20086
Joined: June 2010
Location: The White City
Contact:
Contact Vader182
Website AOL
what if... I just buy the seats immediately around me and my partner and go opening weekend?

Nomis wrote: ↑
August 13th, 2020, 1:54 pm
Fingers crossed the story is still about a love triangle between JDW, Pattinson and Taylor-Johnson

With that little beard?
fuck yes ultimate daddy
@Vader: Well, doesn't your theater of choice say how many empty seats they'll leave between people?
If I were you I'd go, but like the others said, at the earliest possible screening.
ThePhantomTerror
Posts: 700
Joined: November 2010

I know a person who regularly does this to avoid sitting too close to other people – e.g. to avoid sitting next to a couple if going to the cinema alone, which could be annoying. Go for it if money's no object.
m4st4
Posts: 55632
Joined: May 2010

Sorry to burst that idea, but you'll be in cinema. If someone has covid, you're in a perfect environment to get it, sitting there for three hours in a room that circulates that same air.

I'm going day one but it's probably not the best idea.

We had most cases since the start of pandemic today: 209. The entire country open to around 1 million tourists atm. Most cases are due to night clubs. I'm worried about cinemas reopening on august 20th because it's all so fragile.

Artemis
Posts: 9212
Joined: August 2009
So I'm just going to watch out for show times at the drive in theater.

I'm just so pissed. I basically came to terms with the fact that all of 2020 is cancelled for me. But this was the one thing I was looking forward to. I did everything right, I wore a mask when I go out for groceries and basically stayed home. I didn't even go to the protests even though I really wanted to

So I'm sacrificing so much for other people and still cases are going up because of selfish people who don't take precautions.