Pleading the fifth can be used against you in a civil case but not a criminal case.


Federal investigators delivered subpoenas or paid visits to several House and Senate Republican offices in the Pennsylvania Capitol on Tuesday and Wednesday, according to multiple sources.

At least some of the individuals receiving subpoenas were told they were not targets of an investigation, according to at least six sources reached by PennLive, but that they may have information of interest to the FBI. All of the sources had been briefed on the investigative moves in some way, but demanded anonymity in order to discuss them.

The information being requested centered around U.S. Rep. Scott Perry, R-Pa., and the effort to seek alternate electors as part of former President Donald Trump’s efforts to remain in office after the 2020 election, several sources said.

NY Times - Subpoena Preceded Search Warrant in Push to Retrieve Material From Trump
The Justice Department had sought the return of classified documents it believed might be at Mar-a-Lago before it sent F.B.I. agents this week to look for them.

Miami Herald - He’s a Chinese billionaire and a member of Trump’s Mar-a-Lago. Is he also a communist spy? (2019)

Rolling Stone - Trump's Site Is Being Weaponized Against the FBI -- and Their Families
And Trump himself is casting doubt about a recent attack on an FBI building, floating the idea that the attacker just wanted to make MAGA supporters look bad. 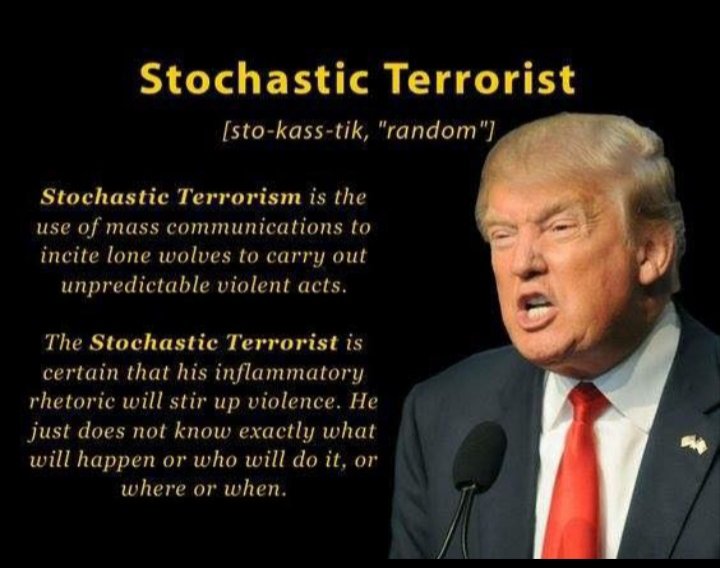 And then lie and cast doubt when they obey your incitement.

MagnarTheGreat
Posts: 3044
Joined: April 2011
NY Times - F.B.I. Interviewed Top White House Lawyers About Missing Trump Documents
Pat A. Cipollone and Patrick F. Philbin are the most senior former Trump aides known to have been interviewed in the investigation into his handling of classified material.


“It’s not theirs, it’s mine,” several advisers say Mr. Trump told them.

The Washington Post - Trump is rushing to hire seasoned lawyers — but he keeps hearing ‘No’
The former president’s current legal team includes a Florida insurance lawyer who’s never had a federal case, a past general counsel for a parking-garage company and a former host at far-right One America News

NY Times - Plea Deal Requires Weisselberg to Testify at Trump Organization Trial
The chief financial officer of the former president’s business is expected to admit to 15 felonies on Thursday and to take the stand at the company’s trial.

NY Times - Jan. 6 Grand Jury Has Subpoenaed White House Documents
The subpoena, issued in May to the National Archives, demanded all of the documents the agency had provided to the House committee’s parallel investigation.


Federal prosecutors investigating the role that former President Donald J. Trump and his allies played in the events leading up to the Jan. 6, 2021, attack on the Capitol have issued a grand jury subpoena to the National Archives for all the documents the agency provided to a parallel House select committee inquiry, according to a copy of the subpoena obtained by The New York Times.

The subpoena, issued to the National Archives in May, made a sweeping demand for “all materials, in whatever form” that the archives had given to the Jan. 6 House committee. Those materials included records from the files of Mr. Trump’s top aides, his daily schedule and phone logs and a draft text of the president’s speech that preceded the riot.

It was signed by Thomas P. Windom, the federal prosecutor who has been leading the Justice Department’s wide-ranging inquiry into what part Mr. Trump and his allies may have played in various schemes to maintain power after the former president’s defeat in the 2020 election — chief among them a plan to submit fake slates of pro-Trump electors in states actually won by Joseph R. Biden Jr.

MagnarTheGreat
Posts: 3044
Joined: April 2011
Business Insider - Trump aides think a family member informed on him to the FBI because agents knew where to find a specific leather case, report says


The Justice Department under Attorney General William Barr improperly withheld portions of an internal memorandum Barr cited in publicly announcing that then-President Donald Trump had not committed obstruction of justice in the Russia investigation, a federal appeals panel said Friday.

"Nice country you got there. Be a shame if we were to set it all on fire (again)." 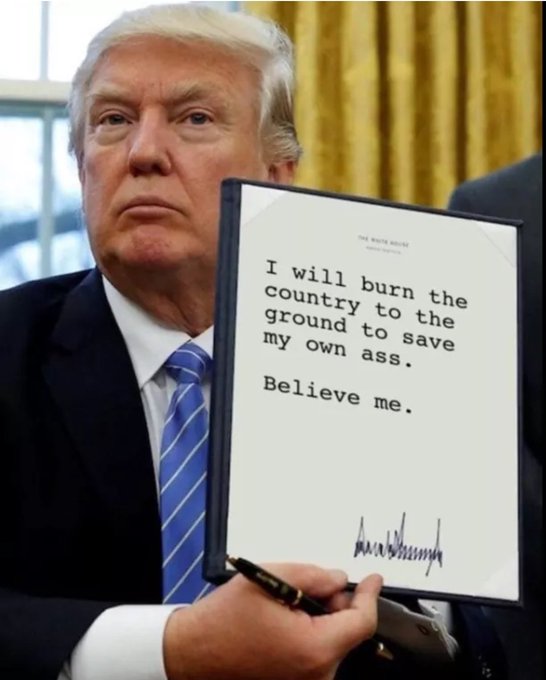 MagnarTheGreat
Posts: 3044
Joined: April 2011
NY Times - The Final Days of the Trump White House: Chaos and Scattered Papers
Government documents that President Donald J. Trump had accumulated were with him in roughly two dozen boxes in the White House residence. They were to go to the National Archives, but at least some ended up in Florida.

NY Times - Trump Had More Than 300 Classified Documents at Mar-a-Lago
The National Archives found more than 150 sensitive documents when it got a first batch of material from the former president in January, helping to explain the Justice Department’s urgent response.


Mr. Trump went through the boxes himself in late 2021, according to multiple people briefed on his efforts, before turning them over.

NY Times - Trump Kept More Than 700 Pages of Classified Documents [When He Left the Presidency], Letter From National Archives Says


President Donald J. Trump took more than 700 pages of classified documents, including some related to the nation’s most covert intelligence operations, to his private club and residence in Florida when he left the White House in January 2021, according to a letter that the National Archives sent to his lawyers this year.

A Georgia computer forensics firm hired by the attorneys placed the files on a server, where company records show they were downloaded dozens of times. Among the downloaders were accounts associated with a Texas meteorologist who has appeared on Sean Hannity’s radio show; a podcaster who suggested political enemies should be executed; a former pro-surfer who pushed disproved theories that the 2020 election was manipulated; and a self-described former “seduction and pickup coach” who claims to also have been a hacker.

Plaintiffs in a long-running federal lawsuit over the security of Georgia’s voting systems obtained the new records from the company, Atlanta-based SullivanStrickler, under a subpoena to one of its executives. The records include contracts between the firm and the Trump-allied attorneys, notably Sidney Powell. The data files are described as copies of components from election systems in Coffee County, Ga., and Antrim County, Mich.

It's almost as if Trump did/planned this too with national security secrets he moved to Florida...

Rolling Stone - Trump Tells His Lawyers: Get ‘My’ Top Secret Documents Back (Exclusive)
The ex-president is desperate to recover the classified trove taken from Mar-a-Lago — and is pushing his legal team on a long-shot maneuver to return them

MagnarTheGreat
Posts: 3044
Joined: April 2011
NY Times - Trump, Without the Presidency’s Protections, Struggles for a Strategy
Facing serious legal peril in the documents investigation, the former president has turned to his old playbook of painting himself as persecuted amid legal and political stumbles.

Media Matters - John Solomon is a representative for Trump to the National Archives. Many of his claims about the case are false.

NBC News - Redacted FBI affidavit used to justify search of Mar-a-Lago is released
The affidavit led a judge to find probable cause that evidence of crimes would be found at former President Donald Trump's Florida property before the Aug. 8 search.

NY Times - Classified Material on Human Intelligence Sources Helped Trigger Alarm
Documents related to the work of clandestine sources are some of the most sensitive and protected in the government. F.B.I. agents found some in boxes retrieved from Donald J. Trump’s home.

“Any documents that made it to the White House residence were these boxes Trump carried around with him,” explained Stephanie Grisham, a former senior White House staffer. “Usually the body man would have brought them upstairs for Trump or someone from the outer-Oval at the end of the day. They would get handed off to the residence and just disappear.”

Boxes of documents even came with Trump on foreign travel, following him to hotel rooms around the world — including countries considered foreign adversaries of the United States.

“There was no rhyme or reason — it was classified documents on top of newspapers on top of papers people printed out of things they wanted him to read. The boxes were never organized,” Grisham said. “He’d want to get work done on long trips so he’d just rummage through the boxes. That was our filing system.”

Full Thread by @renato_mariotti on Thread Reader App: "It is also obvious, from the filing, that the DOJ has an ongoing criminal investigation of Trump."

All it takes is someone with a cellphone to take photos or video (much quicker for multiple pages documents) to wander in or be brought in and take the copied information out into the wild. Trump is out there on the grievance platform posting dozens of QAnon reposts while starting back up on rallies soon to whine about it some more.

Former President Sticky Fingers Donald Trump was in this movie.

The FBI laid the documents out for photos the same way they do for drug busts or firearm busts and Trump's no good lawyers obsess over the décor because that's what Trump does in his not-Tweets. It's a media strategy not a legal strategy.