Malaysian Flight Shot Down Over Ukraine

Sad, strange, and suspicious all rolled into one. The second Malaysian commercial flight to come to a sad fate this year. Seemingly no connections but a sad tragedy for the victims and the country. Belief right now is that the plane was shot down via surface to air missile.

Malaysia Airlines confirmed that it lost contact with MH17, and the flight's last known position was over Ukrainian airspace, the airline said on Twitter.

The jet is a Boeing 777, according to Interfax.


The plane reportedly went down near the border between Russia and Ukraine.

The route taken by the Malaysian flight is a very common one between Kuala Lumpur and the Netherlands, said CNN aviation safety consultant Mary Schiavo. She noted that the plane was flying over a troubled area and said close communication with air traffic controllers would be a key necessity.

In a hostile or disputed areas, "any alteration from your course and you can have a problem," she said.

Tensions have been high between Ukraine and Russia since street protests forced former pro-Moscow President Viktor Yanukovych from power in February. Russia subsequently annexed Ukraine's southeastern Crimea region and a pro-Russia separatist rebellion has been raging in Ukraine's eastern Luhansk and Donetsk regions..

Ukrainian forces have been struggling to quell the separatist unrest. Ukraine's government has accused Russia of allowing weapons and military equipment, including tanks, to cross the border illegally into the hands of pro-Russia separatists.

The Pentagon said Wednesday that Russia now had 12,000 troops on the border with Ukraine, as well as some heavy weapons. The troop numbers had fallen to about 1,000 previously from a high of an estimated 40,000 forces earlier this year.

On Thursday, CNN reported that as Ukrainian officials reportedly accused a Russian fighter of shooting down a Ukrainian jet Wednesday as that aircraft flew in Ukrainian airspace.

Tensions are high over that incident, separate from the breaking news Thursday of the Malaysian flight.

On top of that, Thursday's report of a downed Malaysian flight marks the second time this year that Malaysian Airlines has faced an incident involving a plane.

On March 8, Malaysia Airlines Flight 370 disappeared. That plane had 239 people on board.

Searchers have found no trace of 370 or its passengers despite extensive search efforts.

DoubleD
Posts: 17502
Joined: May 2011
Heard a report that the missile came from Russian air space.

Else, shit will hit the fan.

I heard a similar report of Fox.

It's just a way of expressing my extreme disappointment with the human race. 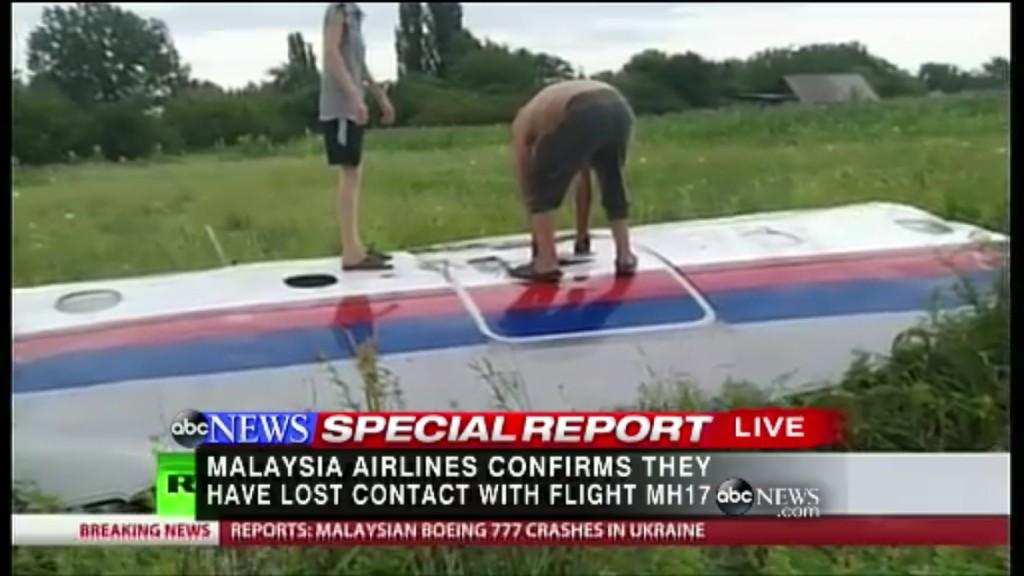