Brookings Institution - TRUMP ON TRIAL: A Guide to the January 6 Hearings and the Question of Criminality.pdf

5 other Republican candidates for MI governor were disqualified from the primary ballot for signature fraud.

Joint Chiefs chairman confirmed Pence was calling the shots after Trump was derelict for obvious reasons and Trump’s chief of staff told him to lie about it.

“He was very animated, very direct, very firm to Secretary Miller. Get the military down here, get the guard down here. Put down this situation, et cetera,” [Milley] added, referring to Pence.

Milley also described his interactions with Trump’s chief of staff Mark Meadows that day, drawing a stark contrast between those conversations with Pence.

“He said: We have to kill the narrative that the Vice President is making all the decisions. We need to establish the narrative, you know, that the President is still in charge and that things are steady or stable, or words to that effect,” Milley says in the video, referring to what Meadows told him.

CNN previously reported that Pence, not Trump, facilitated the mobilization of National Guard troops to respond to the riot. 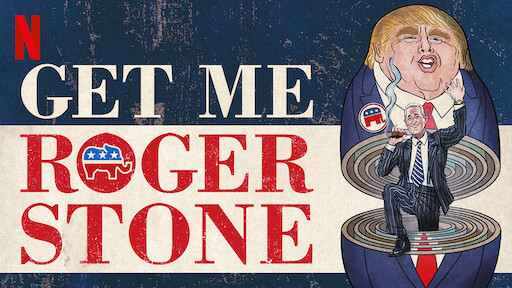 NBC News - Does the Justice Department want to charge Trump? Here's what could happen
A person familiar with the matter told NBC News there have been conversations inside DOJ about the implications of pursuing a case against the ex-president, should it come to that.

CNN - The Alex Jones-ification of the GOP
'In essence, we lied.' Ex-associates say Infowars has never been about truth

The Washington Post - The town crier
Deepening suspicions. A parallel voting system. Dumpster diving for documents. In northwest Georgia, a woman known as ‘Burnitdown’ portends what the Trump movement is becoming. In [Rep. Marjorie Taylor] Greene, she did not see what much of America saw — a person willing to do almost anything to keep emotions running high, whether that meant perpetuating lies about election fraud, harassing a victim of a school shooting, speaking at a white nationalist conference or casting fellow citizens who disagree with her as “domestic terrorists.”

Instead, Rubino saw a person like herself: a political outsider who shared the same sense of urgency about the same dystopian America, one that required a popular uprising to save it. To that end, Rubino had so far managed to rally enough people to get the county election board ousted, replacing its members with those who believed that the 2020 election was stolen. She was part of a group called the Domestically Terrorized Moms that was pressing the local school board to get rid of a curriculum they believed to be grooming children for sexual predators.

Now, on a cool Saturday morning a few weeks after she had climbed into the dumpster, she was getting ready to host a gathering of fellow activists to strategize about their next moves. In her front yard, she pounded in two red signs for Greene along with a homemade sign announcing her own initiative.

“Canvas your vote here,” it read, under a red, white and blue circle with the letters W-A-R.

“Come on in!” Rubino yelled as people pulled into her driveway. “Right down here!”

She set out coffee and doughnuts in the bed of a pickup. She hooked up a loudspeaker she’d bought for the occasion. She built a roaring bonfire, and now smoke and Aerosmith were drifting into the blue spring sky.

NPR - The attorney general and federal prosecutors are watching all of the Jan. 6 hearings


The Daily Beast - Team Putin in a Panic Over Jan. 6 Hearings ‘Lynching Trump’
Kremlin propagandists fear their favorite presidential candidate is having his re-election chances hammered by televised hearings of the Jan. 6 committee.

The end of the landmark Roe v. Wade ruling was the culmination of decades of work by Republicans and social conservatives — one that came to pass only after a former Democrat from New York who had once supported abortion rights helped muscle through three Supreme Court justices.

Publicly, former President Donald J. Trump heralded the Supreme Court’s ruling on Friday ending federal abortion protections as a victory. Yet, as he faces possible prosecution over his efforts to subvert the 2020 election and prepares for a likely 2024 presidential campaign, Mr. Trump has privately told friends and advisers the ruling will be “bad for Republicans.”

You appointed these people, made it happen. They didn't all help you steal the election because they didn't need you anymore to do their damage that they wanted to do. The ones that did (Alito & Thomas) were appointed by the Bushes.

Good job Devin Nunes and Trump with that.

NY Times - Federal Agents Seized Phone of John Eastman, Key Figure in Jan. 6 Plan
The action suggests that the criminal inquiry into efforts to help overturn the results of the 2020 election is accelerating.

Vox - Donald Trump: "There has to be some form of punishment" for women who have abortions (2016)


They did it because they could.

It was as simple as that.

With the stroke of a pen, Justice Samuel Alito and four other justices, all chosen by Republican presidents running on successive party platforms committed to overturning Roe v. Wade, erased the constitutional right to reproductive autonomy that the Supreme Court recognized more than 49 years ago. As the dissenting opinion — written by Justices Stephen Breyer, Sonia Sotomayor and Elena Kagan — observed, never before had the court rescinded an individual right and left it up to the states whether to respect what had once been anchored in the Constitution.

Hutchinson testified she was told Trump wanted to personally crash the Electoral Vote Count with the weapons mob and physically attacked his driver and the steering wheel in fury to get his ride to go there on his ride back to White House.

Hutchinson testified Trump said Mike Pence deserved to be hanged and that he said he didn’t think the rioting insurrectionists were doing anything wrong.

it got bad because Trump had his agent Roger Stone making sure it did.

Trump wanted to be there at his Beer Hall Putsch but was thwarted by people trying to protect him.

You can see a body (Trump?) is not leaning back in his seat here they're leaning forward.


Hopefully the committee has better video.