Either that or he spent money on a bot with terrible taste in avatars or rocky is yet another 13 year old who "tells it how he sees it". Either way I don't think there's enough old users to care anymore.

Terrible tastes in avatars mine are good! It is not every day you get a Batman film set in the Philadelphia Metropolitan Area, and Rocky sounds way better than LelekPL, and if we are going by avatars at least, I am not trying to be something I am not! Batman is American!

Oh, and who the hell is Atila Santos? I can see why this place is a ghost town.


I don't owe anyone an explanation! Both of you started with me. I finished it if. It continues. I'll have no choice but to sit down with my legal team to weigh my options defamation of character lawsuits stuff of that nature because you guys fabricated about me so openly, lying about me being this Santos person who presumably lives elsewhere. I asked who the hell that was? I got no response. Judges would want to know why a man in Poland. Called me a bot for trashing Joe Biden. It is not his border that is overwhelmed by illegals who could have COVID. It's mine, Not his and, Batman is American pop culture!

MagnarTheGreat wrote: ↑
September 5th, 2021, 11:44 am
Scagegoating Latinos for COVID19 is just another racist lie from the white supremacist party just like their messiah Trump that came down the escalator called them all rapists. And the racist anti-Asian names he came up with for COVID19 that they parrot. COVID19 thrives in all low vaccination and low masking areas, period. 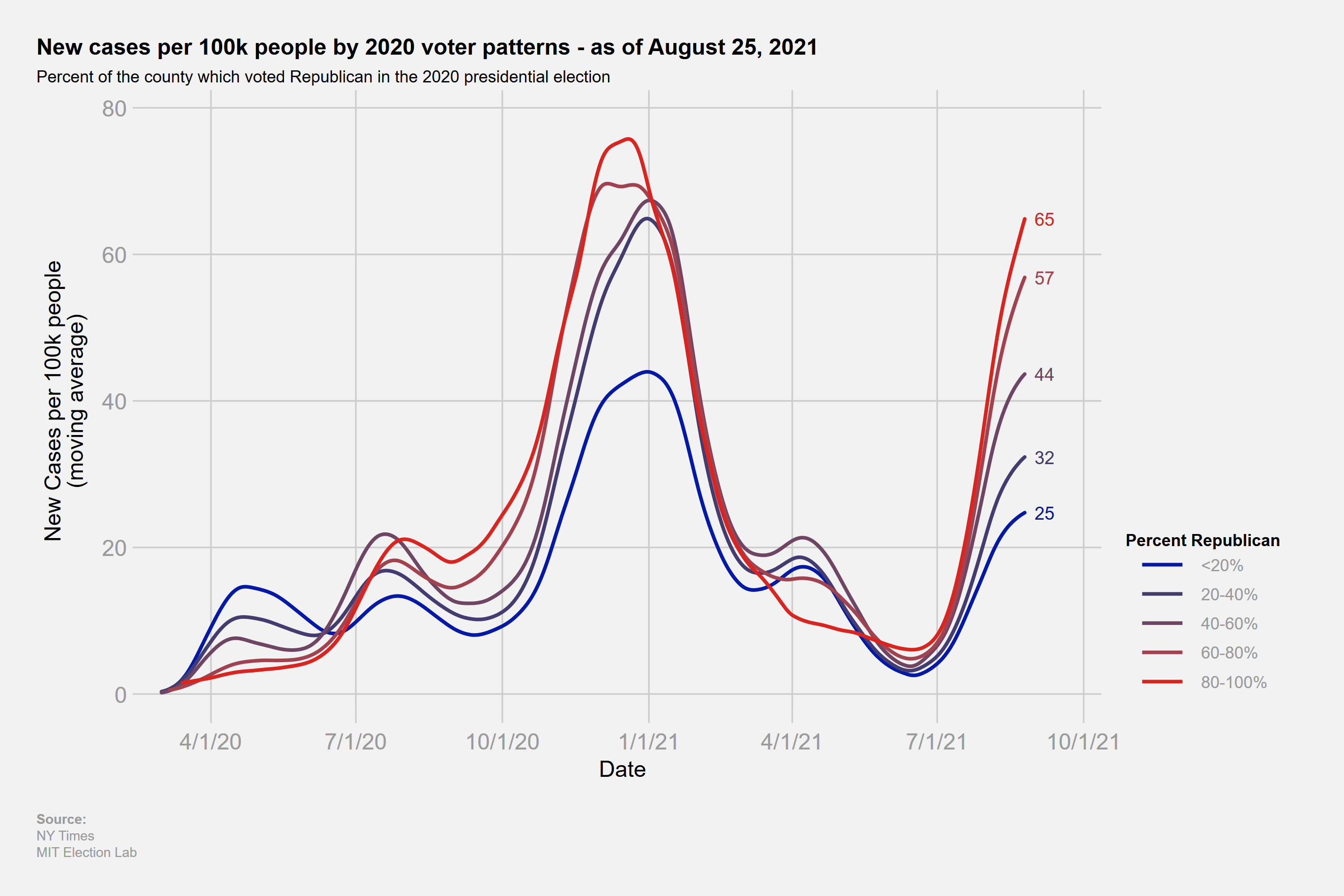 The new grift. Nobody really surprised that the Venn diagram of Trump-won-2020-election people and the anti-vaxxers/maskers has mostly overlap.

I am a White Republican who is vaccinated. I believe vaccine passports are racist. I read that NYC is, denying most African Americans and Hispanics service in their restaurants over that. And that is a violation of medical privacy nobody discloses if my server has HIV or anything when. I go out to eat. The Democrats will always be the party of Jim Crow and White Supremacy.


Jesus is our messiah, not Trump, who was more Emperor Constantine!

The trouble with our Liberal friends is not that they're ignorant; it's just that they know so much that isn't so.

MagnarTheGreat
Posts: 2808
Joined: April 2011
Biden to announce that all federal workers must be vaccinated, with no option for testing - CNNPolitics


Occupational Safety and Health Act of 1970: The Secretary shall provide, without regard to the requirements of chapter 5, title 5, Unites States Code, for an emergency temporary standard to take immediate effect upon publication in the Federal Register if he determines --
(A) that employees are exposed to grave danger from exposure to substances or agents determined to be toxic or physically harmful or from new hazards, and
(B) that such emergency standard is necessary to protect employees from such danger.

This was the law signed by President Nixon in 1970 that I think - correct me if I'm wrong - President Biden is making use of.

Business Insider - A group of 200-plus CEOs from companies like Amazon, Walmart, and Home Depot says it 'welcomes' Biden's vax-or-test mandate

My pick for 24 Fmr VP Mike Pence spoke to Fox News! It was right on 9/11/21. He stated it is not the American way to enforce vaccine mandates on anyone. We are supposed to be free people! Biden is acting like a dictator. I read that vaccines Out of more than 12 million doses administered to youth ages 16 to 24, the CDC says it has 275 reports of heart inflammation following vaccination in this age group. The CDC analyzed a total of 475 cases of myocarditis after vaccination in people under age 30 that reported to VAERS.

Who does Creepy Joe think he is? To tell kids 5-11 to get that shot How many would die from that? Biden has to resign and circle back to the basement.
Post Reply
537 posts