NBC News - Biden says four Black women are on his VP list, but won't commit to choosing one

The Daily Beast - Joy Reid to Joe Biden: Will You Commit to a Black Woman VP?

DoubleD
Posts: 17502
Joined: May 2011
I've never been more nervous about an election before. Trump needs to go and it's incredibly hard having that opinion when you're a white male in the south.
Batfan175
Posts: 4575
Joined: January 2012
What happens if Trump simply decides that the only legitimate election is one where he wins the vote and refuses to vacate the White House premises if he loses?

also it's going to be Harris

Batfan175 wrote: ↑
July 25th, 2020, 4:15 am
What happens if Trump simply decides that the only legitimate election is one where he wins the vote and refuses to vacate the White House premises if he loses?

Would love to see his fat ass dragged across the front yard by the national guard. Imagine the memes. I'd frame one. 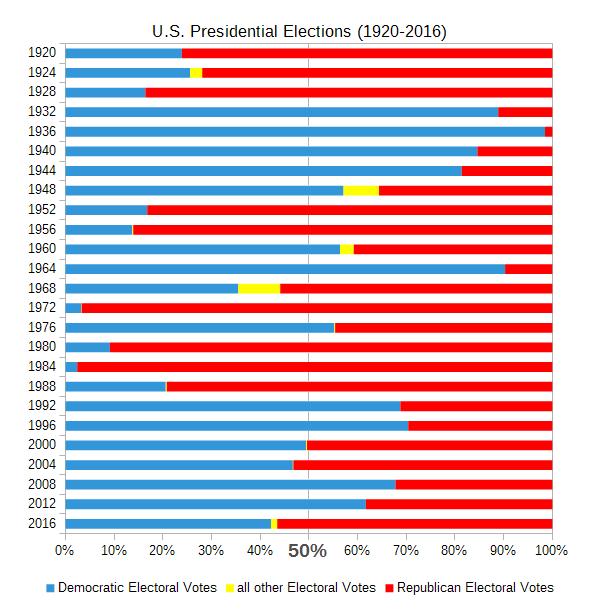 Absolute majority (>50%) needed to win electoral college, else the U.S. House elects the president instead with each state getting one vote.

The President doesn't have the power to do this, and he may be trying to get Republican state governors to prevent their state's elections to deny Biden 270 electoral votes and thus throw the election into the U.S. House whereupon each state gets one vote for President - and Republican states outnumber Democratic states 26-23-1 (D.C. gets no vote in a contingent election).

That's the demon semen and alien DNA quack that Trump uses to promote his ongoing scam.


Harris, Bass, Rice and Sen. Elizabeth Warren (D-Mass.) remain in the top tier of the pool of candidates, sources say, but there remains a certain fluidity in the process and a certain guessing game — even for the contenders themselves.