m4st4 wrote:I was just googling Heavy Metal 2000 and it looks mediocre, at best.


Heavy Metal film would be something like Sin City - event film, risky project.

It would be fantastic to see that kind of concept produced with the animation resources available today, but in the other hand, Heavy Metal magazine is long gone so, it would have to be a whole new concept.

Funny enough, I just started noticing Heavy Metal re-issues on croatian stands, LOL, where have you been all these years. I'm living mostly on scans and few rare opportunities when I actually buy something. DC and Vertigo are really starting to grow in popularity so I'm happy right now. Grant Morrison's New X-Men, magnum opus, recently bought.

Dado
Posts: 2777
Joined: December 2011
Location: Brasil
Contact:
Contact Dado
Website
Still in the subject of animation, director Ralph Bakshi became famous for his long feature animated films in the 1970’s, establishing an alternative to mainstream animation through independent and adult-oriented productions. In 1968, he started his own studio, Bakshi Productions, which released his debut feature film, Fritz the Cat (1972). Based on Robert Crumb’s work, it was the first animated film to receive an X rating from the Motion Picture Association of America, and the most successful independent animated feature of all time. 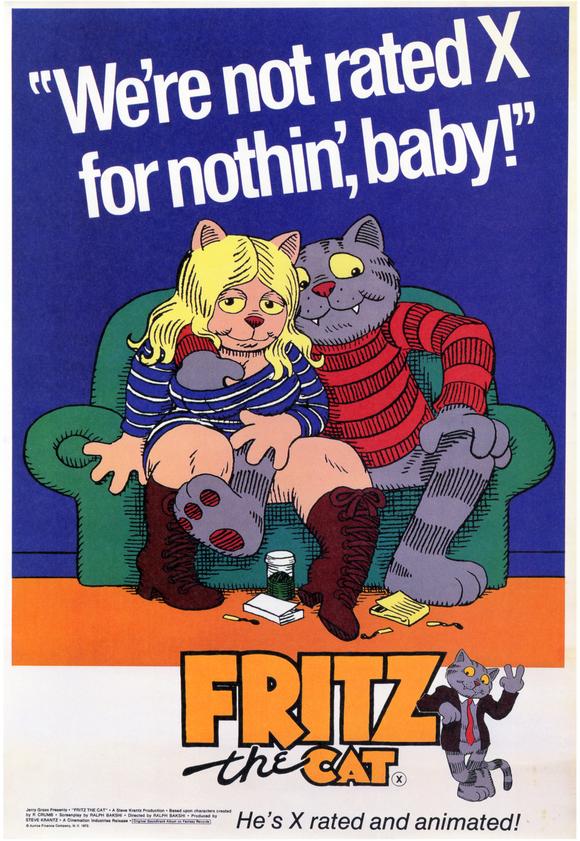 Over the years, Bakshi directed several animated features like Heavy Traffic (1973), The Lord of the Rings (1978) and American Pop (1981) among others. 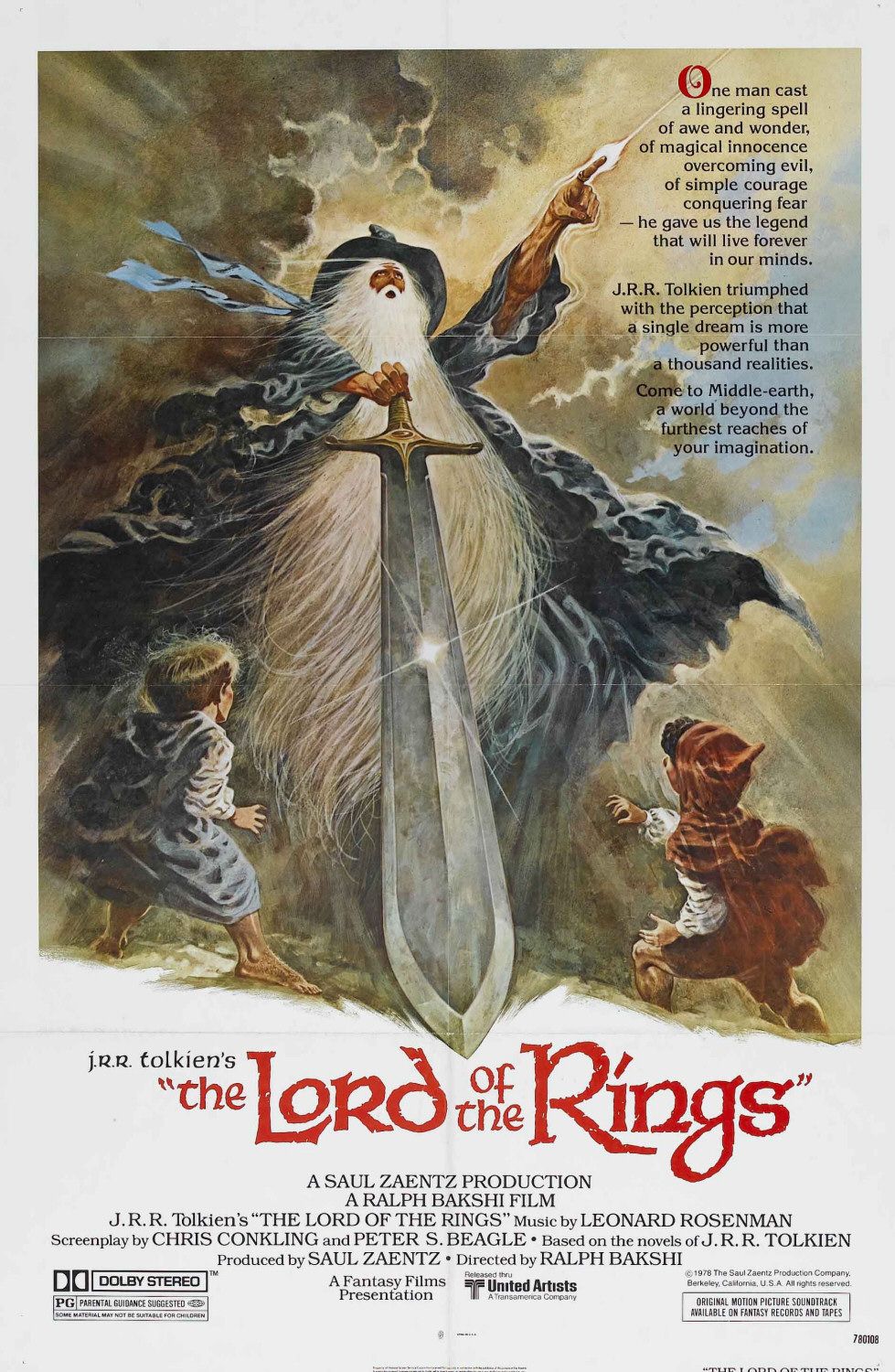 Gore Verbinski commented about Ralph Bakshi and showed that he was inspired by him for his first animated movie, Rango. Saying "What happened to the Ralph Bakshis of the world? We're all sitting here talking family entertainment. Does animation have to be family entertainment? Audiences want something new; they just can't articulate what".
ragul712
Posts: 156
Joined: February 2012
Location: Back in the USA
Contact:
Contact ragul712
Website
Oh Lord how I love hardboiled 70's animation. Especially Fritz!

When great Nic Roeg (Don't Look Now, Performance, Walkabout) decides to give his take on Roald Dahl's (Charlie and the Chocolate Factory) children's book classic, you know that ain't gonna be your usual kids ride. Anjelica Huston is unforgettable as Grand High Witch, and the whole time you're not sure which one is it: kids movie or a horror movie, or both? It was also the final film that Jim Henson personally worked on before his death. Rowan Atkinson makes an appereance too. 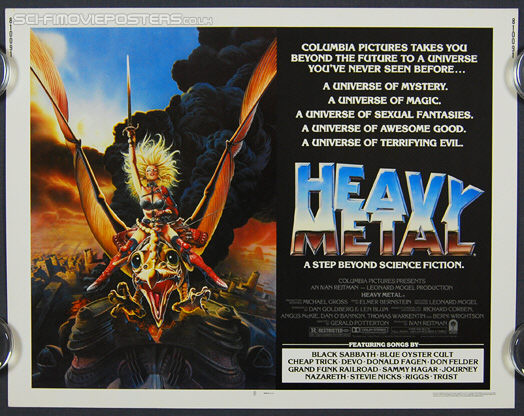 Derived from the comics magazine Heavy Metal, this Canadian fantasy-animated film was produced by Ivan Reitman and Leonard Mogel (also publisher of the magazine). The film is an anthology of various science fiction and fantasy stories adapted from the Heavy Metal magazine (and original stories in the same spirit) by writers and artists such as Dan O'Bannon (author of the original Alien story), Richard Corben, Juan Gimenez, Angus McKie and Bernie Wrightson (all of them, Heavy Metal magazine household names). Like the magazine, the animated stories have a great deal of graphic violence, nudity, and sexuality.

Nice. I'm a huge fan of the Heavy Metal comics. Have a collection of several gigs. I'll check out the animated movie.

Dado
Posts: 2777
Joined: December 2011
Location: Brasil
Contact:
Contact Dado
Website
Basically, the film school generation was a once in a lifetime deal. A bunch of noobie filmmakers, at the right place and the right time. In the late 60's and early 70's, the conventional formula of moviemaking was failing commercialy and the studios didn't know what to do, so they turned to the new guys that, with new ideas, could better reflect their time and reach a larger audience. Coppola, Scorsese, Lucas, Spielberg and De Palma, among others, could come up with an original idea, say to studio execs "this is what you want to do", and get money to do it. Ironicaly, the same guys ended up creating the blockbuster filmmaking in the late 70's, and the studios learned again how to make big bucks with movies. Now, when a director comes up with an original idea, the studio execs will say "no, no. This is how we want you to make your (our) film". So now, the artist have to deal with the studio execs, screening tests, and if necessary, re-cut his work so it will suit the largest audience possible. This documentary is very interesting. These guys surely made their mark.

Inconformist and heavy with social commentary on the post-Woodstock mood in America, this rockin' action road movie was shot in scenic locations across the American southwest and is specially popular with auto enthusiasts because of the classic 1970 Dodge Challenger (Yeah! just like the one Tarantino's babes drive in Death Proof).

Kowalski (no first name) is a Medal of Honor Vietnam War veteran, former race car driver, motorcycle racer and also a former police officer, dishonorably discharged in retaliation for denouncing his rapist partner. Now, working as a car delivery driver, Kowalski gets started with his next assignment: to deliver a white 1970 Dodge Challenger R/T 440 Magnum to San Francisco by Monday. Before leaving Denver, Kowalski buys Benzedrine pills to stay awake for the long drive ahead. He bets his dealer that he will get to San Francisco by 3:00 pm Saturday, two days before the deadline. Haunted by the death of his girlfriend, Kowalski now thrives on adrenaline. 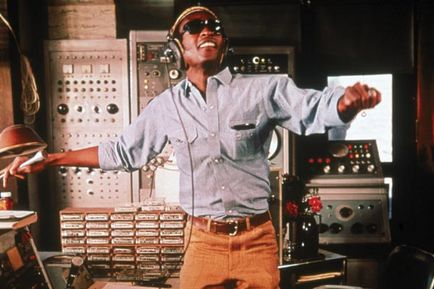 Kowalski's trip becomes popular through the radio show of a funky black dj named Super Soul, who follows the event, making social critict and playing awesome music. The character was inspired by legendary rock and roll singer The Big Bopper. The story was based on two actual events: the disgraced career of a San Diego police officer and a high-speed pursuit of a man who was killed by crashing into a police roadblock. The screenplay reflects the popular counterculture lifestyle of the time, through elements of rebellion, drugs, sexual freedom, and rock and roll.

Mostly due to its content (like Easy Rider before it), Vanishing Point was poorly released in the U.S., disappearing in less than two weeks. However, it was a critical and commercial success in the UK and Europe, which caused the studio to re-release it widely in the United States, resulting in a cult following. Today, Vanishing Point is considered as one of the 70's cinema classics.
m4st4
Posts: 55632
Joined: May 2010
^ Thanks to great Quentin Tarantino, I've heard about Vanishing Point, fantastic stunts, zero CGI.

Goldfinger is the third film in the James Bond series and also the third to star Sean Connery as the fictional MI6 agent James Bond. Released in 1964, it is based on the novel of the same name by Ian Fleming. The film also stars Honor Blackman as Bond girl Pussy Galore and Gert Fröbe as the title character Auric Goldfinger, along with Shirley Eaton as famous Bond girl Jill Masterson. Goldfinger was produced by Albert R. Broccoli and Harry Saltzman and was the first of four Bond films directed by Guy Hamilton.

The film's plot has Bond investigating gold smuggling by gold magnate Auric Goldfinger and eventually uncovering Goldfinger's plans to attack the United States Bullion Depository at Fort Knox. Goldfinger was the first Bond blockbuster, with a budget equal to that of the two preceding films combined.