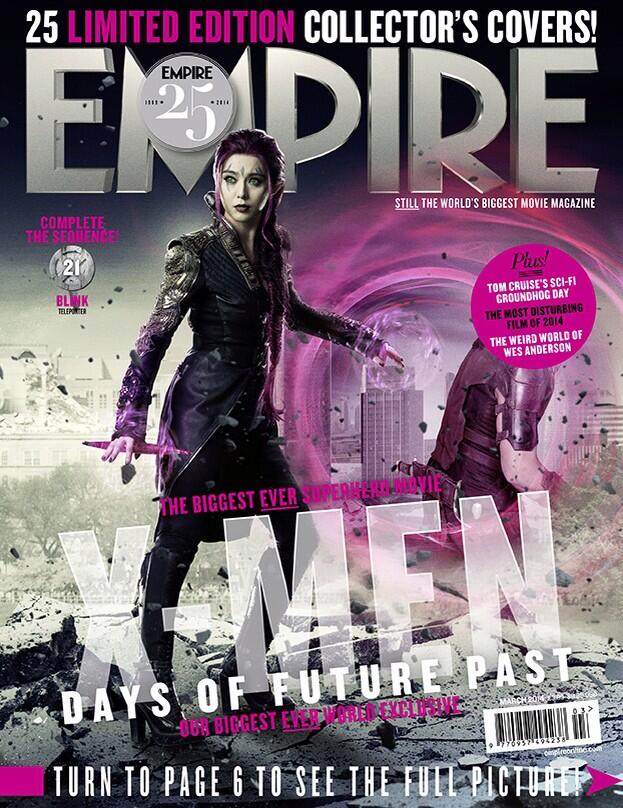 I like Blink, Magneto, Mystique, and Trask's covers most so far. Quicksilver the least. This guy playing Stryker looks familiar, who is it?

He was in The Pacific (the miniseries). I too knew his face from somewhere. Also played in Animal Kingdom and Jack Reacher.

And... I thought the cover with Blink (I didn't know she was in this) was in fact Scarlet Witch played by Elizabeth Olsen (it does look a bit like Olsen)

m4st4 wrote:When is the trailer coming out?

Nerdist, who has been an exclusive partner with FOX in debuting X-Men: DoFP content before (Xmenmovies also follows them on twitter), says later:


Guys, it’s happening. Today may be a day many X-Men fans shed tears of joy, because the beautiful X-Men: Days Of Future Past madness has begun. We already knew a new trailer (which we’ll have here on Nerdist.com later) was set to surface after Bryan Singer’s recent instagram tease. But alongside that is a slew of character close-ups by way of Empire magazine.


Before we show you the trailer for X-MEN: DAYS OF FUTURE PAST, check out the characters gracing @empiremagazine: http://bit.ly/1aYmlV1

Hopefully this means they'll debut the trailer and not be like everyone else waiting to embed the video or URL.