Peace wrote:Am I just going to have to read the fucking book?

Lol, of course you'll have to, it's one of his best.

Peace wrote:Am I just going to have to read the fucking book?

Lol, of course you'll have to, it's one of his best.

I prefer his shorter works. I feel like he goes on forever with a lot of his stuff then goes "Oh shit I gotta end the book now!" and it comes to an end abruptly without tons of reason leaving me underwhelmed.

Salem's Lot and IT* had this effect on me. I loved The Mist and Night Shift though. I probably need to read more of his stuff to get a better idea of him as a writer since he has written so many goddamn books/stories.

Jax_Teller
Posts: 2862
Joined: January 2013
Location: Hogwarts
I read that what clashed with WB was also the fact that Cooper is an advocate of shooting on location only (which would have inflated the budget quite a bit)

theseeker9175
Posts: 4705
Joined: May 2013
Location: Inside Llewyn Davis
According to Badass Digest, Paul Greengrass is the top choice to replace Cooper; Denis Villeneuve, Cary Fukunaga and Daniel Espinosa are also in the mix per The Hollywood Reporter

m4st4
Posts: 55166
Joined: May 2010
Location: Jackson County
All great choices if you ask me, especially Fukunaga! 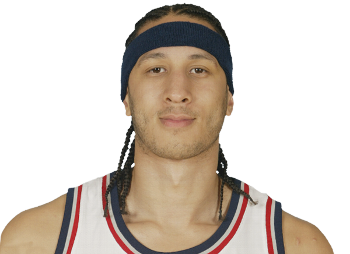 Thoughts on Fassy in Hunger?

Thoughts on Fassy in Hunger?

Boone already has a King connection dating back to when he was 12 and King's books were banned in his household. The writer-director has previously recounted how he was forced to rip covers off of Christian books and tape them to King books just so he could slyly read them. The Stand however, faced a cruel fate: his mom found it under his bed and subsequently burnt it in the fireplace.

Boone, still 12, wrote a moving letter to the author to which he responded by sending the boy a box filled with books, with a letter written in the front covers of the tomes. The act impressed his parents, who then lifted the ban.

It started a lifelong relationship with King, who even played himself in Boone's feature debut, 2012's Stuck in Love, and recently gave Boone permission to adapt Lisey's Story.