the_red_ninja
Posts: 10464
Joined: January 2011
Location: Waiting for a train
Contact:
Contact the_red_ninja
Website
David Gritten for Telegraph
http://www.telegraph.co.uk/culture/film ... eview.html
"Finally we have the Formula One story that is not just for petrol heads."
4/5 stars 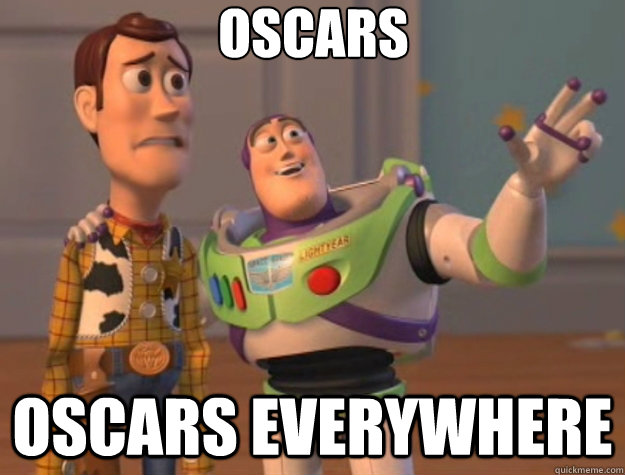 Alberto wrote:Am I the only one who's not really interested in this?..

Same, I think it's just because of the subject material.

Alberto wrote:Am I the only one who's not really interested in this?..

Same, I think it's just because of the subject material.


Yeah. That was pretty fantastic. Got a few thoughts on the movie (obviously don't change any of your predictions because of this).

As long as they can get over the fact that this is a formula 1 movie - which really won't impact your enjoyment of this film AT ALL - this really should play perfectly with AMPAS. I think I read one criticism that there wasn't really any depth to the film, and whilst that may hold some degree of truth.... neither did Argo. Off the track, Bruhl and Hemsworth share some great moments and are fantastic working off each other and the portrayal of this rivalry between Hunt and Lauda meant that the film didn't really need any deeper meaning. On the track, Howard directs the hell out of this. The centerpiece racing scene - which lasts a good 6/7 minutes - is brutally intense and and there are a fair few other moments which are just beautifully shot by Mantle. Would not be surprised at all if this gets a cinematography nomination.. Peter Morgan's screenplay is also excellent and the score is actually fairly subtle for Hans Zimmer, it's great but I'm not sure it will get a nom, especially with Zimmer also scoring 12YAS.

As for the performances.. I've seen the reviews suggesting Bruhl is the co-lead of the film, but really... he IS the lead. I don't just mean that in terms of the fact he overshadows Hemsworth's performance (who is admittedly good in his role), or the fact he gets the baitier role (with the crash, transformation etc) but also, in terms of the fact that HE IS the actual lead. I mean, he narrates the opening scenes AND closing scene of the film and he gets a fair bit more screen time than Hemsworth. If he does in fact go supporting, it is pretty comparable to Waltz in Django, and I'd also make him a lock for a nomination. Lead or not.. Bruhl is great in this.

On the female side, I know a lot of you were curious about Dormer's role but really she's only in two scenes (one of which is a sex scene) and then inexplicably disappears for the rest of the film, seemingly being used more as a narrative device to emphasize how Hunt goes through a different girl every week, than having any form of an actual character. Wilde is pretty similar with an extra scene or two but she really does nothing other than play the classic hot blonde, model wife role that she's been playing for years, admittedly this time in a better movie. The standout female performance is pretty comfortably Alexandra Maria Lara who is charming as Lauda's wife but she's not getting anywhere an oscar nomination.

As of now I'd predict it for:

But I wouldn't be at all surprised if AMPAS really goes for this and Howard gets a directing nomination. I'll probably have him 7th in my predictions after seeing this.

xWhereAmI?
Posts: 3551
Joined: January 2011
Location: Here?
Im so glad this is getting fantastic reviews. This is one of my most anticipated

Jax_Teller
Posts: 2862
Joined: January 2013
Location: Hogwarts
Glad Hems is getting just as much praise as Bruhl, getting annoyed at those saying he's talentless.
Atlas Retreat
Posts: 4705
Joined: May 2013

Jax_Teller wrote:Glad Hems is getting just as much praise as Bruhl, getting annoyed at those saying he's talentless.

I don't think he's talentless, but he's not a great actor either. He has definitely charisma.

Jax_Teller wrote:Glad Hems is getting just as much praise as Bruhl.