kanjisheik
Posts: 1889
Joined: July 2010
Location: India
Contact:
Contact kanjisheik
Website
Deadline has confirmed that the increasingly-popular starlet is onboard for Rush as real-life 1970s supermodel Suzy Miller, which will also star the likes of Chris Hemsworth (Thor) as her husband British Formula One champion racer James Hunt and Daniel Brühl (Inglourious Basterds) as Austrian driver Niki Lauda. Rumor has it that Howard is looking to get Russell Crowe to play actor Richard Burton – who, as he did in real life, has an affair with Suzy Miller and ends up paying $1 million to cover the divorce settlement agreed upon by Hunt and Miller.

Here is the official synopsis for Howard’s new production:


Set against the 1970′s golden age of Formula 1 racing, RUSH portrays the fast-paced and exhilarating true story of two of the greatest rivalries the sport has ever witnessed – that of James Hunt (Hemsworth) and Niki Lauda (Brühl) and their illustrious Formula 1 racing teams, McLaren and Ferrari. A privileged, charismatic and handsome English playboy, Hunt could not be more different from his reserved and methodical opponent, Austrian born Lauda. RUSH follows their personal lives both on and off the track and charts their rivalry from its inception in Formula 3.

With a solid main cast, an often-fascinating real-life story being scripted by multiple Oscar-nominee Peter Morgan (The Queen, Frost/Nixon), and some impressive technical talent such as Oscar-winning director of photography Anthony Dod Mantle (Slumdog Millionaire, 127 Hours), Howard has assembled quite the capable crew. So Rush is very much a project to keep an eye out for.

Samsara17 wrote:Yeah man, Rush is a great band! Neil Pert is a beast on drums, and Geddy Lee has a hell of a voice.

I listen to them everyday to school. Lol

Dodd
Posts: 22456
Joined: May 2010
Location: Castle
Wow he looks great, this movie is in good hands if Ron is directing. Can't wait
Why you lurking my page brah? 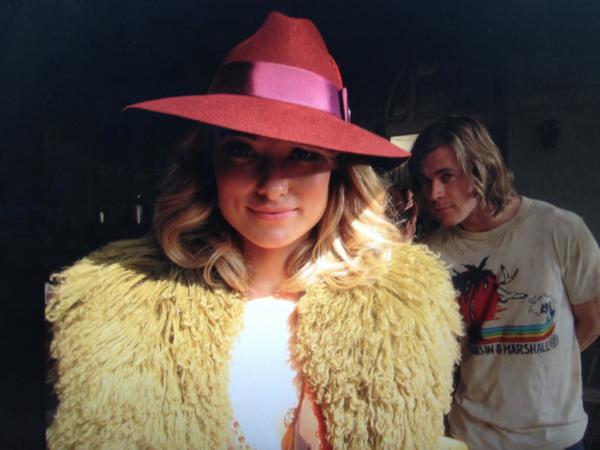 "It doesn't matter how you get knocked down in life because that's going to happen. All that matters is you gotta get up."
Maroti
Posts: 21
Joined: December 2011
Location: Denmark
First trailer is out