The Flash, Warner Bros.’ big-screen take on its speedster superhero, has lost its director.

Rick Famuyiwa, who made waves with his coming-of-age Sundance sensation Dope, has parted ways with the studio over "creative differences," The Hollywood Reporter has learned.

Famuyiwa has been on board since June developing the project, even overseeing the castings of Kiersey Clemons and Billy Crudup in key roles.

The movie, which is to star Ezra Miller as Barry Allen, the fastest man alive, was in pre-production as it headed towards a March 2017 start date with a release date of March 16, 2018.

The departure of Famuyiwa will likely mean the delay of the movie’s start of production and release as Miller has a commitment in July.

"When I was approached by Warner Bros and DC about the possibility of directing The Flash, I was excited about the opportunity to enter this amazing world of characters that I loved growing up, and still do to this day," said Famuyiwa in a statement to THR.

He added: "I was also excited to work with Ezra Miller, who is a phenomenal young actor. I pitched a version of the film in line with my voice, humor, and heart. While it’s disappointing that we couldn’t come together creatively on the project, I remain grateful for the opportunity. I will continue to look for opportunities to tell stories that speak to a fresh generational, topical, and multicultural point of view. I wish Warner Brothers, DC, Jon Berg, Geoff Johns, and Ezra Miller all the best as they continue their journey into the speed force."

Sources say that the Dope director’s vision of making a movie with more edge clashed with the studio’s take.

Famuyiwa is now the second director to leave Flash. He put on the helmer's sneakers after Seth Grahame-Smith, who wrote the script and was attached to direct. (Grahame-Smith was working off a treatment by Phil Lord and Christopher Miller, who at one point were eyeing it as a possible directing vehicle.)

CoolwhipSpecial
Posts: 5273
Joined: May 2014
Fuck.
cchriswake
Posts: 518
Joined: July 2010
Location: Santa Monica
It absolutely sucks. Would have loved to see a Flash film with the heart that 'Dope' had.

So, was he lacking a necessary experience or did Geoff started to get all nazi about the speed force (it's very much his baby) or... Warner Bros? Hopefully Wan and Affleck can save this universe. 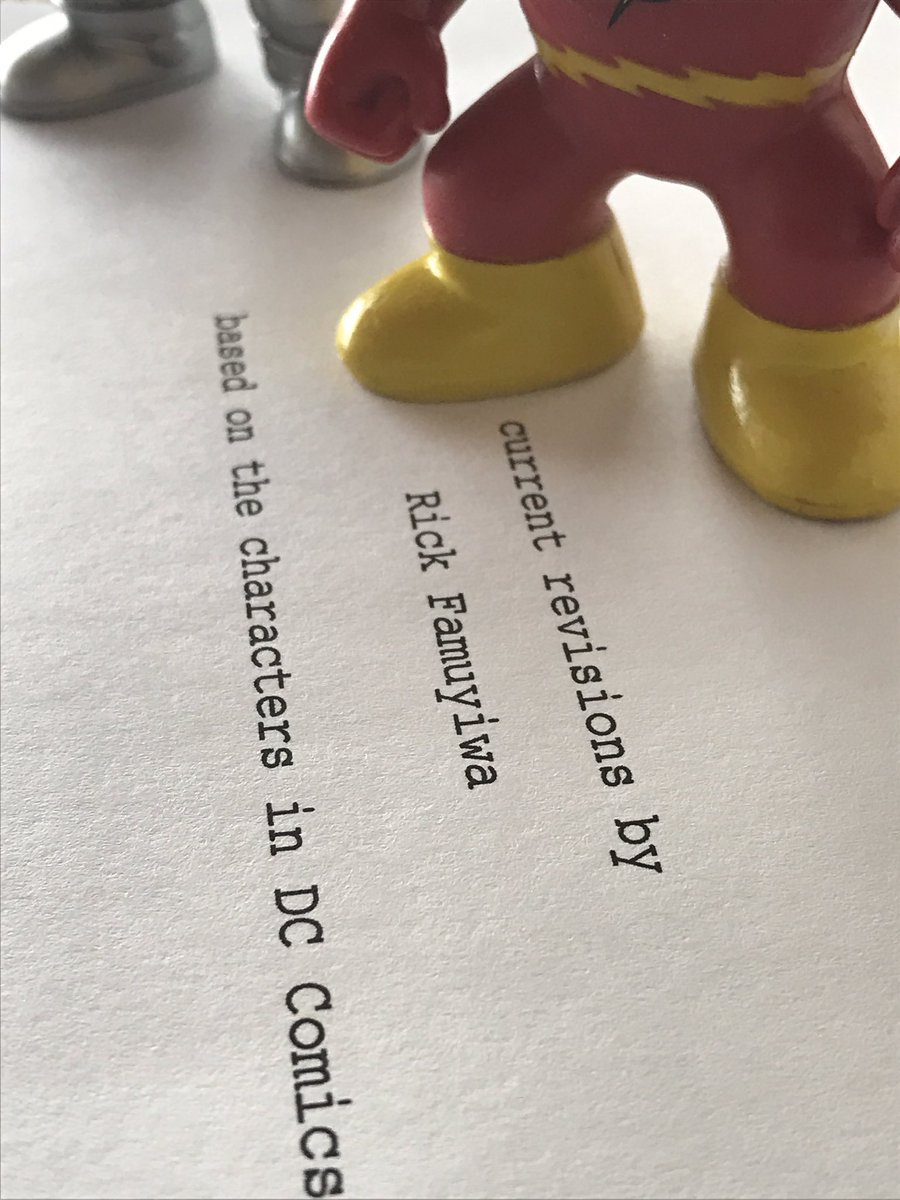