CHRISTIAN BALE IN TALKS FOR THE KRAYS REMAKE

Christian Bale is in talks to star in Warner Bros.’ remake of Peter Medak’s 1990 crime drama, THE KRAYS. The pic will follow the true story of the Kray twins, Reginald and Ronald, who were the foremost perpetrators of organized crime in London’s East End during the 1950s and 1960s. The original film starred Gary and Martin Kemp as the infamous brothers.

Bale is repped by WME.

Law wrote:I've never been happier with a replacement


The Inception and Batman made the revelation as he confirmed he will play both Kray twins in a new film about the East End gangsters.

The British actor has been linked with the challenging roles recently and has admitted he is definitely on board with the project, which will be called Legend.

He will take on the tricky task of playing both Ronnie and Reggie Kray simultaneously and while he admits it will be a challenge, it is one he relishes.

"I've got to work out how to play both twins, which will be fun.

"It's another experiment and I'm really looking forward to it. I'm not going to put too much pressure on myself, I just want to have some fun and see what's out there and explore with the work.

"The more of a challenge I give myself, the easier it is to take on more projects which are complicated in the future, if that makes sense.

"It might not be the greatest movie in the world, but that's not the pressure you put on yourself. You never know what you're going to get."

Hardy, who stars in motorway thriller Locke, out in cinemas today, sees similarities between the two projects.

"We certainly didn't put any pressure on ourselves with Locke and think 'this has got to be the greatest thing' and it's done really well," said the 36-year-old dad of one.

"Like most things, it is a case of taking on a challenge, not beating yourself up about it too much, enjoying it and seeing what happens.

"Locke has turned out really well and I'm hoping The Krays, which is actually called Legend, will be a similar result. But you can't predict the outcome of these things and I wouldn't pretend to.

"But going into it, I feel like we're in the right team." 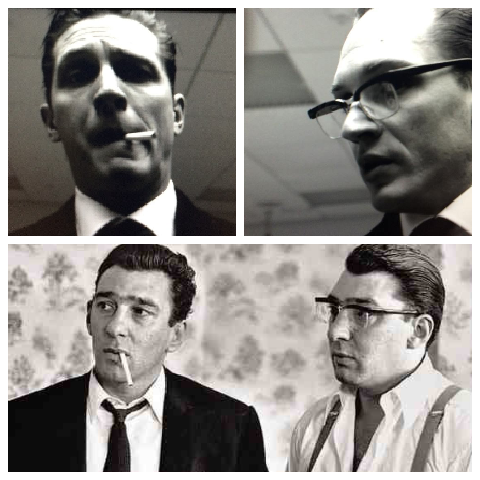 
Much as it did with The Gunman at last year‘s Cannes, Studiocanal has nearly sold out on its hot project of 2014, Legend. The Brian Helgeland-scripted and directed gangster pic that sees Tom Hardy step into dual roles as the infamous Kray twins Ronnie and Reggie, is about 70% sold throughout the world

Shooting starts in June with a release expected in late 2015

Requesting mods to change the thread title to 'Legend" (2015)