EXCLUSIVE I've just learned that Neill Blomkamp is reteaming with his District 9 star Sharlto Copley on his second sci-fi feature Elysium. Copley played Wikus van de Merwe in District 9 as well as HM Murdock in this summer's The A-Team reboot. Meanwhile, director Blomkamp and Media Rights Capital now need to choose a distributor. "Neil is taking meetings all over town. There is a lot of interest from every studio," an insider tells me. I hear Blomkamp is including a graphic novel in his presentation. Elysium is Blomkamp's long-awaited story set in the far future on another planet and, like District 9, is filled with many sociopolitical ideas wrapped up inside a Hollywood action film. So far no one else has been cast. "They have been working out budget and are now meeting with actor reps," the insider tells me. Universal and MRC have a deal, but I hear this sweepstakes to distribute Elysium is wide open. Remember when Universal and Fox would have had to gamble on the then unknown filmmaker to make the videogame Halo into a big budget film but couldn't get it together even though Blomkamp was to be backstopped by Peter Jackson and his WETA facilities? Morons!) Instead, Blomkamp and Jackson made District 9 which went on to gross $211M at the worldwide box office but the indieprod only had a negative cost of $30M. The alien apartheid film also snagged one of last year's 10 Best Picture Oscar nominations. Sony Pictures is still pushing for a sequel, which Elysium is not. The secret of District 9's success is that it was made outside the studio system and marketed outside the studio formula, and contained edgy and original content and an unknown but fresh South African cast. It now looks as if Elysium is travelling the same road. 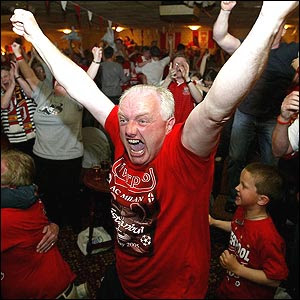 allstarr55js wrote:one of my favorite actors Matt Damon in talks to star.

This movie will be epic.
Jackson
Posts: 591
Joined: May 2010
This movie sound very interesting!

Allstar
Posts: 42887
Joined: May 2010
I was hoping the rumored Sam Worthington was going to star but I guess Matt is a good second option!
Bueller
Posts: 895
Joined: December 2009
Contact:
Contact Bueller
Website