Crimes of the Future - Nolan Fans

Crimes of the Future


NEON and Serendipity Point Films have set a summer production start in Athens, Greece for Crimes of the Future, the David Cronenberg-written and directed sci-fi thriller that has locked Viggo Mortensen, Léa Seydoux and Kristen Stewart as its stars, with Scott Speedman, Welket Bungué, Don McKellar and Lihi Kornowski also star.

This is the first original sci-fi script by Cronenberg since 1999’s eXistenZ. It sounds just as ambitious, taking a deep dive into the not-so-distant future where humankind is learning to adapt to its synthetic surroundings. This evolution moves humans beyond their natural state and into a metamorphosis, altering their biological makeup. While some embrace the limitless potential of trans-humanism, others attempt to police it. Either way, “Accelerated Evolution Syndrome”, is spreading fast. Saul Tenser is a beloved performance artist who has embraced Accelerated Evolution Syndrome, sprouting new and unexpected organs in his body. Along with his partner Caprice, Tenser has turned the removal of these organs into a spectacle for his loyal followers to marvel at in real time theatre. But with both the government and a strange subculture taking note, Tenser is forced to consider what would be his most shocking performance of all.

“I have unfinished business with the future,” Cronenberg understated.

“To work with David Cronenberg is to embark on a journey exploring terrain where no one has gone before,” said Robert Lantos, who’s producing. “Each of our collaborations has been an exhilarating adventure and David’s unwavering vision is what real cinema is all about.”

Crimes of the Future is also the fourth collaboration between Lantos and Cronenberg, who teamed on Eastern Promises, eXistenZ and Crash. Steve Solomos is co-producer, and Panos Papahadzis is co-producer for Athens-based Argonauts Productions. Executive Producers include Joe Iacono, Thorsten Schumacher, Peter Touche, Christelle Conan, Aida Tannyan, Victor Loewy, and Victor Hadida. Bonnie Do and Laura Lanktree are Associate Producers.

Nolan62
Posts: 943
Joined: December 2017
Cronenberg seems to go back to his roots! This is great news and a great cast.
Sounds ambitious! 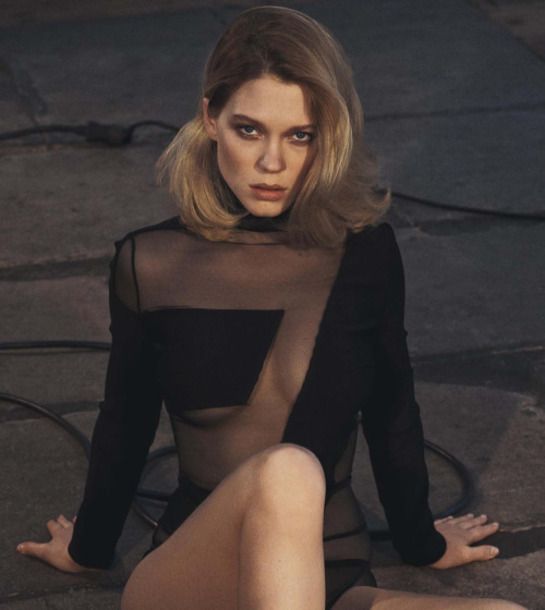