Nearly a year ahead of John Cena‘s big screen debut as Peacemaker, The Suicide Squad actor has been tapped to headline his own small-screen offshoot.

HBO Max announced Wednesday that it has handed a series order to Peacemaker, an action-comedy that will explore the origins of Cena’s character, “a man who believes in peace at any cost — no matter how many people he has to kill to get it,” according to the official release.

The Suicide Squad writer/director James Gunn will pen all eight episodes and direct several installments of the companion series, including the series premiere. He will exec-produce alongside fellow TSS producer Peter Safran. Cena will serve as a co-EP.

“Peacemaker is an opportunity to delve into current world issues through the lens of this superhero/supervillain/and world’s biggest douchebag,” Gunn said in a statement. “I’m excited to expand The Suicide Squad and bring this character from the DC film universe to the full breadth of a series. And of course, to be able to work again with John, Peter, and my friends at Warner Bros. is the icing on the cake.”

Added Cena, “I have said before that it has been a tremendous honor and an incredible opportunity to be part of The Suicide Squad and to work with James on what is going to be a fantastic movie. I am unbelievably excited to have the chance to team up with him again for Peacemaker. We can’t wait for fans to see this.”

Production on Peacemaker is set to get underway early next year, ahead of The Suicide Squad‘s Aug. 6, 2021 release. 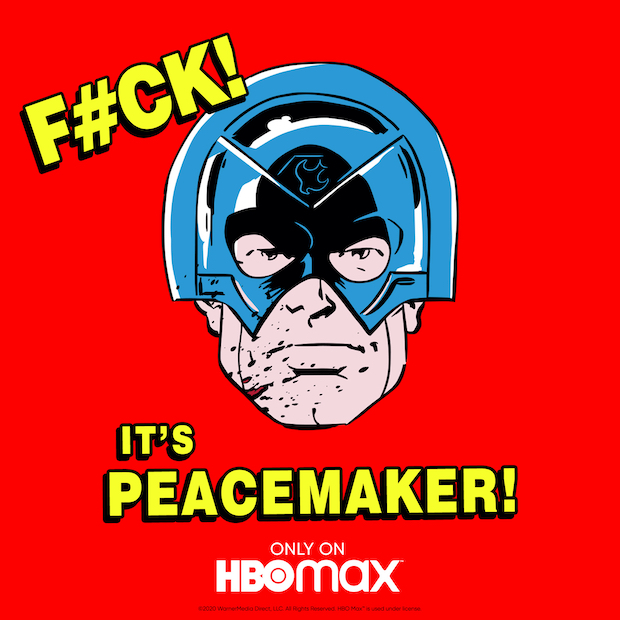 Yes. It's been awesome so far.

nolannolanchrischris
Posts: 2686
Joined: January 2012
Very fun, feels like it's in the same vein as some of those Danny McBride HBO shows

4N Legend
Posts: 1542
Joined: June 2013
Location: Locked up with Kojima
Yea I was completely wrong about this show, it's very entertaining. Freddie Stroma is fantastic

Allstar
Posts: 43107
Joined: May 2010
John Cena’s performance in this show is quite frankly astonishing. He can go from being absolutely laugh out loud funny to heartfelt emotion at the snap of a finger without ever losing any believability. He’s got a fan for me for life after this show. I hope more directors realize the range this guy has.
kamarozy
Posts: 42
Joined: October 2019

Allstar wrote: ↑
February 12th, 2022, 4:56 am
John Cena’s performance in this show is quite frankly astonishing. He can go from being absolutely laugh out loud funny to heartfelt emotion at the snap of a finger without ever losing any believability. He’s got a fan for me for life after this show. I hope more directors realize the range this guy has.

James Gunn cares about his lead character, has an actual story for him to tell, doesn't fill the show with boring nothingness and fan-service cameos, and spends the right amount of time developing the villains and their relationships with the lead, so that there is a real sense of pay-off at the end of things.

James Gunn's comedy usually works only like 60% of the time for me, but that's OK. The dramatist Gunn as usual gets the two thumbs up.
radewart
Posts: 1322
Joined: January 2013
This was great! The best thing from the DCEU since the "Man of Steel"
Post Reply
10 posts • Page 1 of 1