That’s not the precedent, each movie in this franchise is different from the last. McQuarrie has said himself that he’s committed to that tenet of the franchise.

I’m sure there’s a way you can do a two part production with two different DPs. Have them prep both movies separately but simultaneously. You’d probably need them to agree on the camera dept. personnel, maybe have them switch out ACs for when they come on. It’s doable.

Nomis
Posts: 18537
Joined: June 2012
Location: a twilight world
That each movie is different from the last it not only because of a different DoP each time.

Nomis wrote: ↑
September 10th, 2019, 9:50 am
That each movie is different from the last it not only because of a different DoP each time.

You’re correct, Elswit shot back to back installments but it certainly helps.

But the only people McQuarrie was committed to keeping were the stunt team and his editor for Fallout.
Last edited by Joshua Strong on September 10th, 2019, 9:59 am, edited 1 time in total. 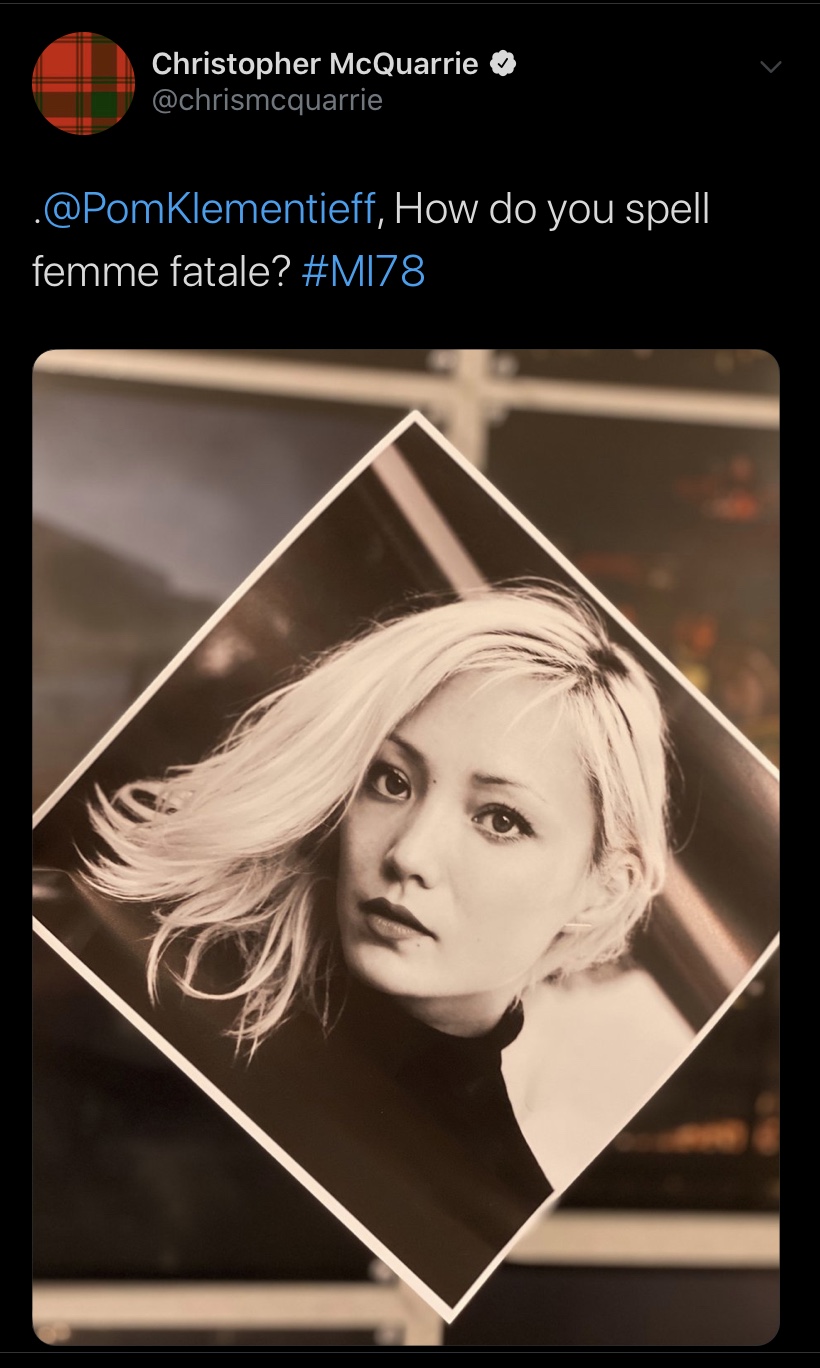 i already was tbf